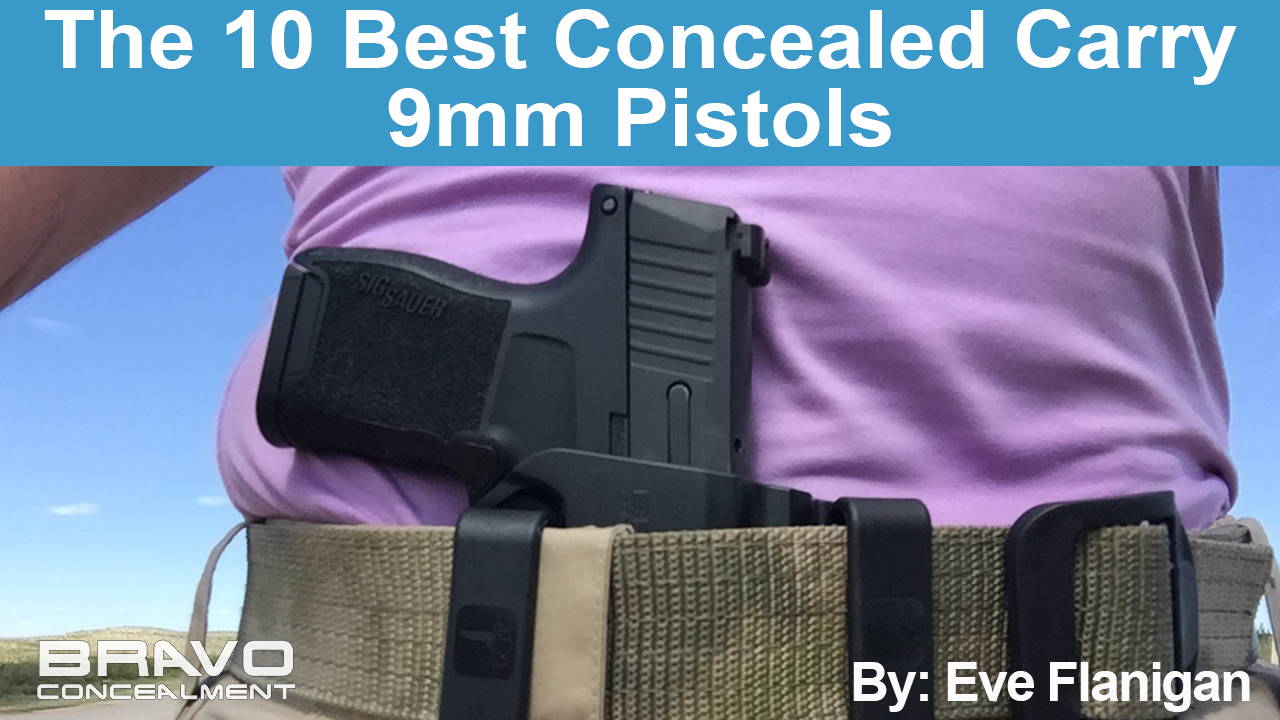 As a concealed carrier for 15 years and an instructor for nearly a decade, I’ve come to accept, and finally embrace, that 9mm chambering is the king of CCW in modern times. The state of the art in 9mm ballistics has brought the performance of the round into its own in a class that used to be dominated by larger calibers. The economical price of 9mm ammo means easier and more practice—and thus better participation and performance by citizens.

With the rise of the cartridge has emerged an equally impressive array of choices of semiauto handguns. Here are 10 of my favorites. Although they differ by brand or model, they have a few things in common; things I have come to understand are either critical or at least conducive to peak performance where defensive use is concerned. These commonalities are:

-Reliable. Every gun on this list can reasonably be counted on to go “bang” when loaded with factory-approved ammo and when the trigger is pressed. There are plenty of (pick one or more) beautiful, tight-tolerance construction, expensive, super-cheap, and even popular handguns on the market that have picky appetites for ammunition or handling. Such guns could easily make an appearance in that viral meme, “feelin’ cute, might fire later, IDK.” What’s named here are guns worthy of saving your life. There are lots of wonderful guns in the first category; enjoy them for plinking but keep one that always works close at hand.

-Simple. Each of these guns is striker-fired and has no safety lever that must be defeated by conscious action. Mechanical features don’t make you safe; a good holster and finger discipline do. No disrespect is meant toward those who feel they must have a safety for whatever reason. It is my experience that people who gravitate toward extra safety devices generally spend little to no time at the range. To expect that mechanical device to make up for shortcomings in safe handling habits, and then to remember to disengage the safety in the five seconds or less that it takes most criminal violence to transpire, is a very tall order.

All these guns are also polymer-framed, keeping the weight down for everyday carry. With those parameters set, here are 10 handguns, chambered in 9 x 19mm, I feel are worthy of consideration for EDC. Average market prices were pulled from a popular, national internet sales site, taking transfer and shipping fees into account. Data provided are with magazine and unloaded to the best of our knowledge. Sig Sauer was the first to answer market demand for a subcompact gun with good magazine capacity. The P365 comes with two 10-round magazines. Even larger 12- and 15-round factory mags are available to purchase. Real value is standard, with front and back tritium sights. My own copy of this gun runs like a top; my only complaint is that my normal grip, with the firing hand thumb against the left side of the slide, prevents the slide from going to lock back on the last round. The trigger pull is on the long side for the first shot; reset is clean and palpable and removes nearly all the initial slack. With a 4.1-pound pull, this trigger is comparable to many on a full-size pistol. Now available with a safety lever option. Expect prices from $525 to $600. 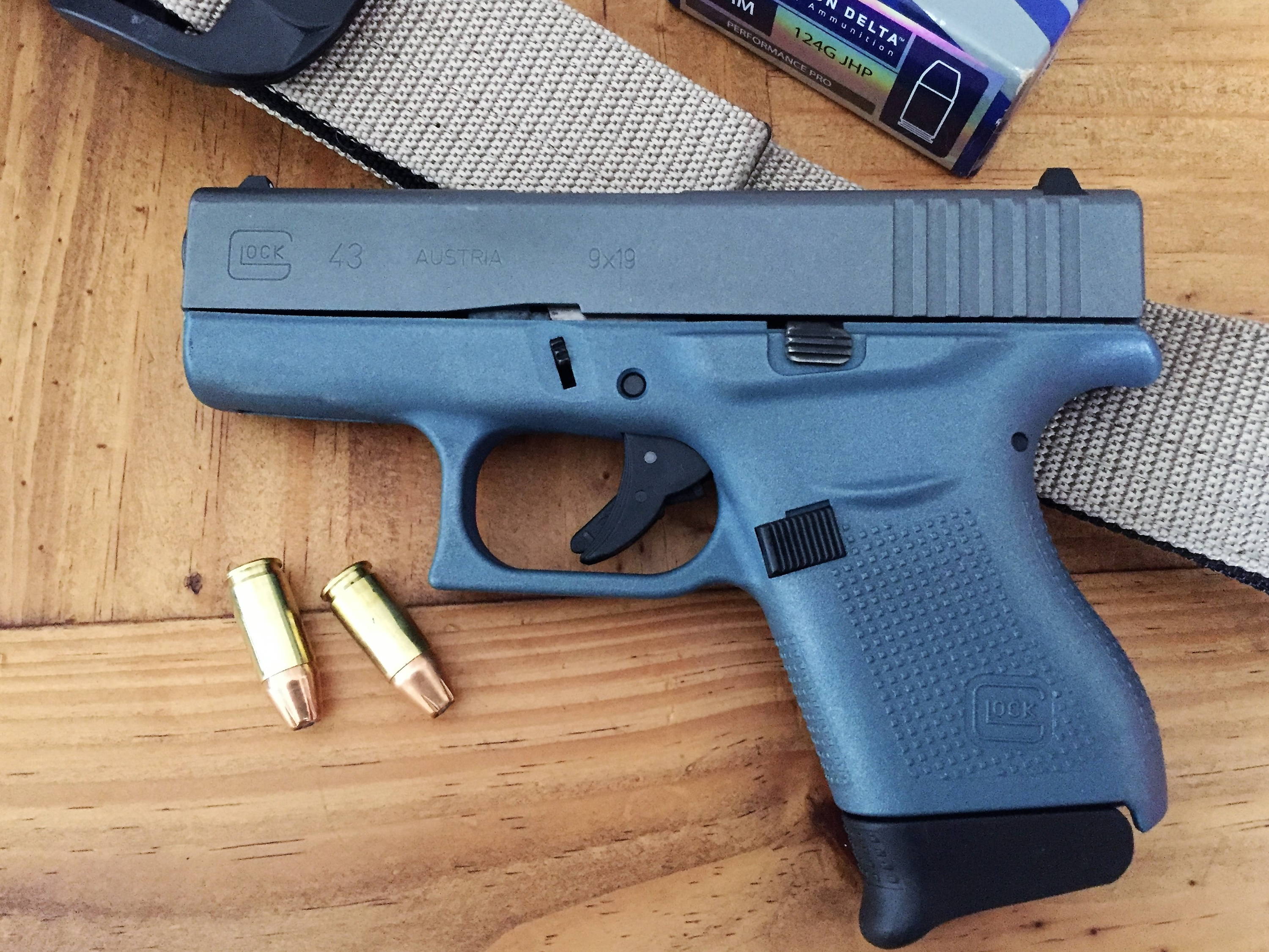 This 6+1-round subcompact was my EDC gun of choice until Sig Sauer showed the world what capacity really means. This diminutive version of a compact Glock is slim and easy to conceal. Trigger press on my copy is around six pounds; heavier than I’d like, but the gun does function with Glock’s legendary reliability. It also sports the much-maligned Glock sights, which can be replaced with one of the handful of aftermarket replacement sights available today. Retail prices begin at $450. Popular for a reason, this little shooter has attractive, hiking-boot style and grip texture. It sports a plain dovetail rear and red fiber optic front sight. Those who love safety devices might find more to love here, as the XDS has the grip safety common to the rest of the XD line, in addition to a Glock-like trigger block lever. The XDS copies I’ve fired have very stiff magazine releases; those with carpal tunnel or other hand injuries may want to look elsewhere. The original XD-S or the Mod.2 versions are great quality guns. Plan on spending approximately $340 to make one yours. The name 2.0 represents the current generation of the Shield, which is available with or without a thumb-operated safety. Smith & Wesson kept the sandpapery grip texture but did away with a less-than-satisfying trigger that was on the original Shield. Today’s Shields have a definite reset point. The grip-to-slide angle is severe, relative to most others on this list, and the grip has a full, oval shape. It’s been my experience that some people feel a new sense of confidence with this configuration while others can’t wait to go back to a more open-angled grip. Smith & Wesson offers this firearm in a dizzying number of barrel/slide types and sight/laser choices, though the basic model has fixed, three-dot sights. Aftermarket magazine choices have emerged to replace the pinch-prone, standard eight-rounder. The base model can often be found for under $300, making it perhaps the best-pedigreed choice for the money. 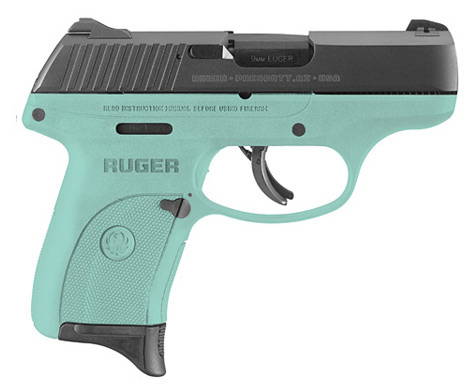 In the case of the Shield, I recommended the base model. Here. I’m opting for Ruger’s LC9S, the improved version of the company’s original LC9, and the slightly more user-friendly configuration as compared to their immovable-plain-black-sights model, the EC9. This pistol is extremely reliable but nearly annoying to shoot. The curved pinky extension forces users to choose between bruising a palm on a good reload or having a dangling pinky. The trigger pull is the longest of any on this list. It can’t be dry fired without using the mock magazine that’s included with purchase. It’s burdensome to disassemble, in comparison to most striker-fired pistols. Not my favorite, obviously, but a rainbow of color choices and low price make this the choice of many concealed carriers. Retail begins at $150, with options like night sights adding more. 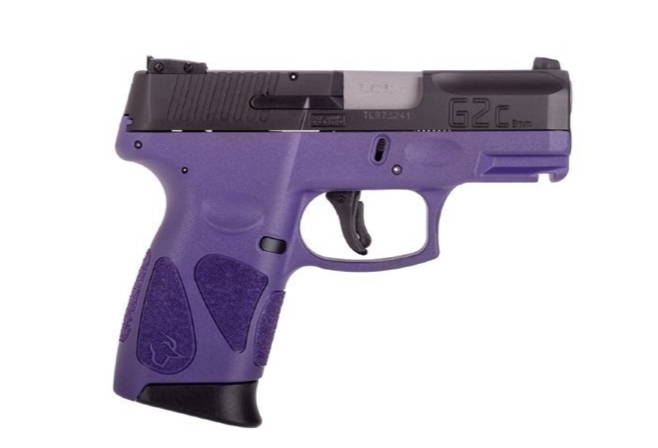 The popularity of this gun is great, probably thanks to the lessons Taurus learned in the first generation of its Millenium pistol. With or without a safety, these small-framed budget guns perform right alongside their big-brand counterparts. I have enjoyed many teaching sessions with students who bring a Millennium of any generation to class, and am a believer that this is a capable handgun. It handles well and has fairly high-profile sights that make coping with a short sight radius easy. Available in a big assortment of colors and slide finishes. A handsome carry piece for budget-friendly concealed carry starting at the $200 mark. There’s not much not to love about this chunky, excellent concealment gun. It’s fully ambi, has luminous three-dot sights, interchangeable grip panels, and is shipped with both a 10- and 15-round magazine. The trigger is excellent and will please advanced shooters while not punishing beginners. It has the easiest-racking slide of any gun on this list. The mag release and slide stop are well within reach of small hands. On top of all these functional advantages, the PPQ series is perhaps the easiest handgun to field strip. It’s a true joy to shoot; I just wish it weren’t so thick as its width can make it challenging to conceal. For a concealment gun that can easily transition to range practice, this one is king. Priced in the high $500s at minimum and worth it. Admittedly, we’re in compact, not subcompact territory here. FN has packed so many good features into this gun that it bears mention. Its rugged appearance should appeal to many. With larger mags in the FNS series being compatible, this is another, like the Walther PPQ, that easily transitions from carry to range. It’s one of the largest guns mentioned here and this won’t be comfortable for everyone to carry, but I have a friend who carries lumbar IWB and loves this one. FN offers optional manual safety and night sights. This gun has fully ambi controls and interchangeable backstraps. I find the trigger grainy and with excess travel for the price, but this is a great little gun. Pick tan or black color. Retail floor is in the mid-$400s. This relatively new brand is American-made, and in this writer’s estimation, most comparable in handling to the M&P Shield. This is probably the most factory-customizable pistol on the market. Honor Defense has nine slide choices, including a longer slide/frame option. There are 13 grip choices in a rainbow of colors. Then there’s a choice to have a manual safety or not, a full or 1911-profile grip, a plain or tritium front sight, and a laser or not. The grip surface is highly textured; most people will find it has plenty of grip in sweaty or sunscreen-slathered hands. Cocking serrations fore and aft, plus the model name in large font engraved on the slide, give it a beefy look. This pistol has been around just long enough to be considered reliable. Base model is just $299. The second appearance of Glock on this list is another that I’d consider a compact, not subcompact, due to the relative bulk of its 10-round mag. But Glock has made enough improvements here to consider the 43X a little more than just a larger-capacity version of the 43. The trigger break is considerably less stiff than on the 43; with travel and reset being the same. The slide profile is rounded for concealment. Glock managed to shave a substantial margin of width off this gun. The slide has a brushed stainless finish for an eye-catching but not gaudy appearance. If you’re among the throngs of people who love Glocks but have been clamoring for better capacity, you already know this gun! It’s just unfortunate, in my opinion, that the grip remains so darn long compared to, say, the Sig P365 that also packs 10 rounds. Seeing Kyle Defoor shoot his 43X, modified only with his preferred sights, and scoring over 90% with 10 shots in a 6-inch bullseye at 25 yards motivated the appearance of this gun on the list. Prices start in the high $400s.

Did your favorite EDC gun make the list? There are plenty of other good choices in packable 9mm handguns out there, but these are some I feel are standouts for reasons described early in this article. What’s your choice? What are you considering buying next and why?