Active Shooter Preparation – What You Need To Know

So you think you’ll engage an active shooter 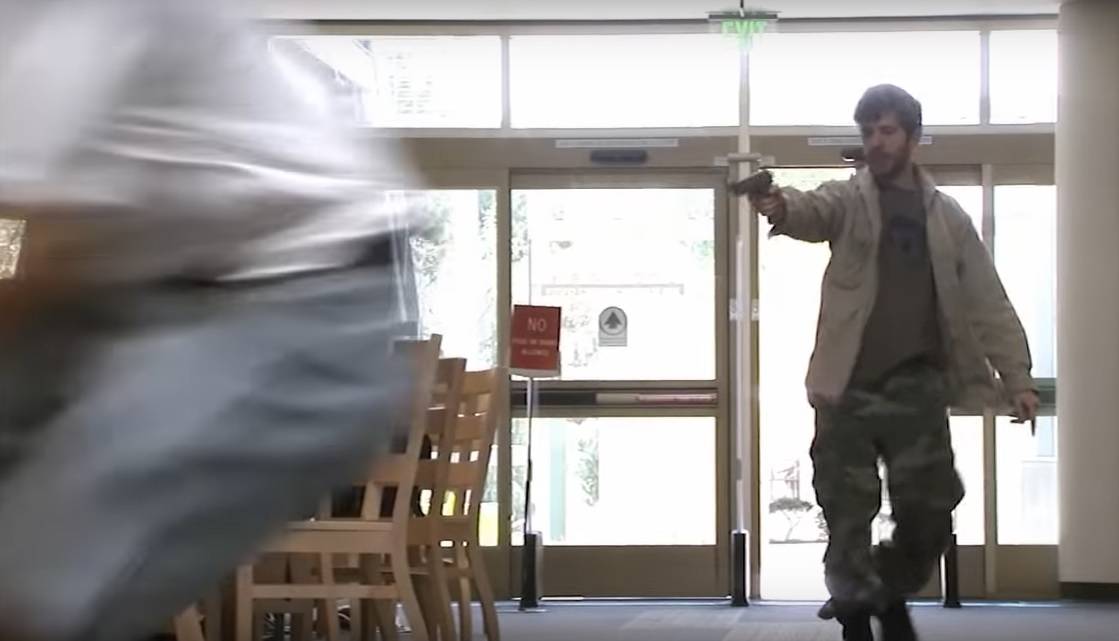 Interest in concealed carry and tactical training is at a peak recently, at least in my region where mass murder events in west Texas seem to have awakened people to the possibility of being caught up in such an event. Many express frustration that no armed citizen appears to have intervened to stop the perpetrators.

The effectiveness of willing, sometimes armed citizens during violent attacks is well documented. If you’re interested in more in-depth study of how mass murder attempts in recent US history were stopped, Surviving a Mass Killer Rampage: when seconds count, the police are still minutes away by Chris Bird is recommended reading.

Of course, avoiding and escaping such encounters is preferred. Widely available programs such as the Run-Hide-Fight model promoted by Department of Homeland Security and the ALICE program (Alert, Lockdown, Inform, Counter, Evacuate) are good tools for helping people understand how to use the physical environment and how to act in the event of an attempted mass murder. Drills and even conversations based around these models can shake individuals out of complacency, which manifests as paralysis and helplessness in the face of trauma.

But there is a growing segment of non-police who fancy themselves inclined to fight in the event a mass killer decides to unleash terror in a public space. The desire to end the attack may be noble, but noble thoughts don’t win gunfights. Weeks of training could be spent on this topic alone, but for now, here are six tips to help you perform well if you’re one of those with a mind to act if and when that day comes.

For every location in which you spend significant time—the office, a favorite café, your house of worship—you should be able to name structures or objects in them that could serve as cover or concealment, and have a plan for utilizing them. Chances are, you’ll be fighting with a handgun in street clothes, whereas your adversary may have a rifle and body armor. Using cover may help you stay alive long enough to land a precise shot on a prepared, would-be killer. 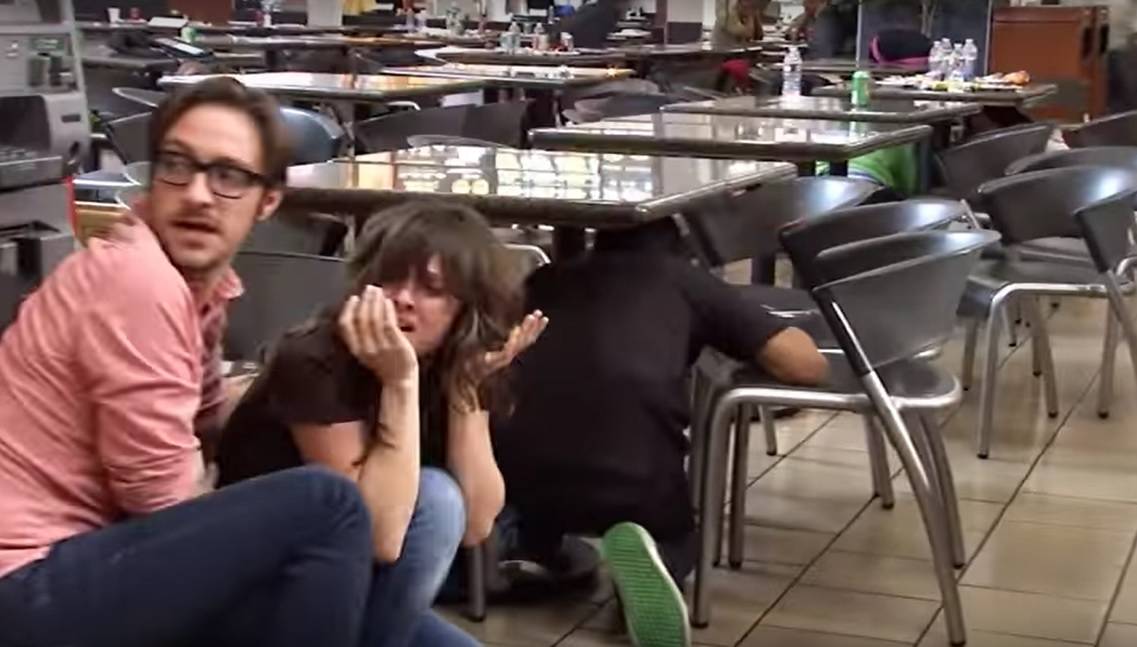 You are responsible, morally and legally, for every round you fire. How close do you have to be to make near-100 percent good hits on a 12x18-inch target—representing center mass on the average human? How close do you need to be to consistently make hits in the critical temple or soft-tissue areas of the skull and face? How many days or weeks can you step away from the range and come back to performing at your best? These are facts you should know about yourself and the gun and ammunition you carry. Be brutally honest with yourself, and practice until you can make hits consistently at greater distances, whatever they are for you. A decent standard for handgun accuracy is being able to make torso shots at 50 yards and general head (eight-inch bullseye) hits at 25. News flash: it takes substantial, concentrated practice to pull that kind of accuracy off with a typical short-barreled concealment handgun!

Once you’ve established at what distance you can consistently make center mass and central nervous system hits without a warm-up period, relate those to the places where you spend time, as well as the objects of concealment or cover in them. 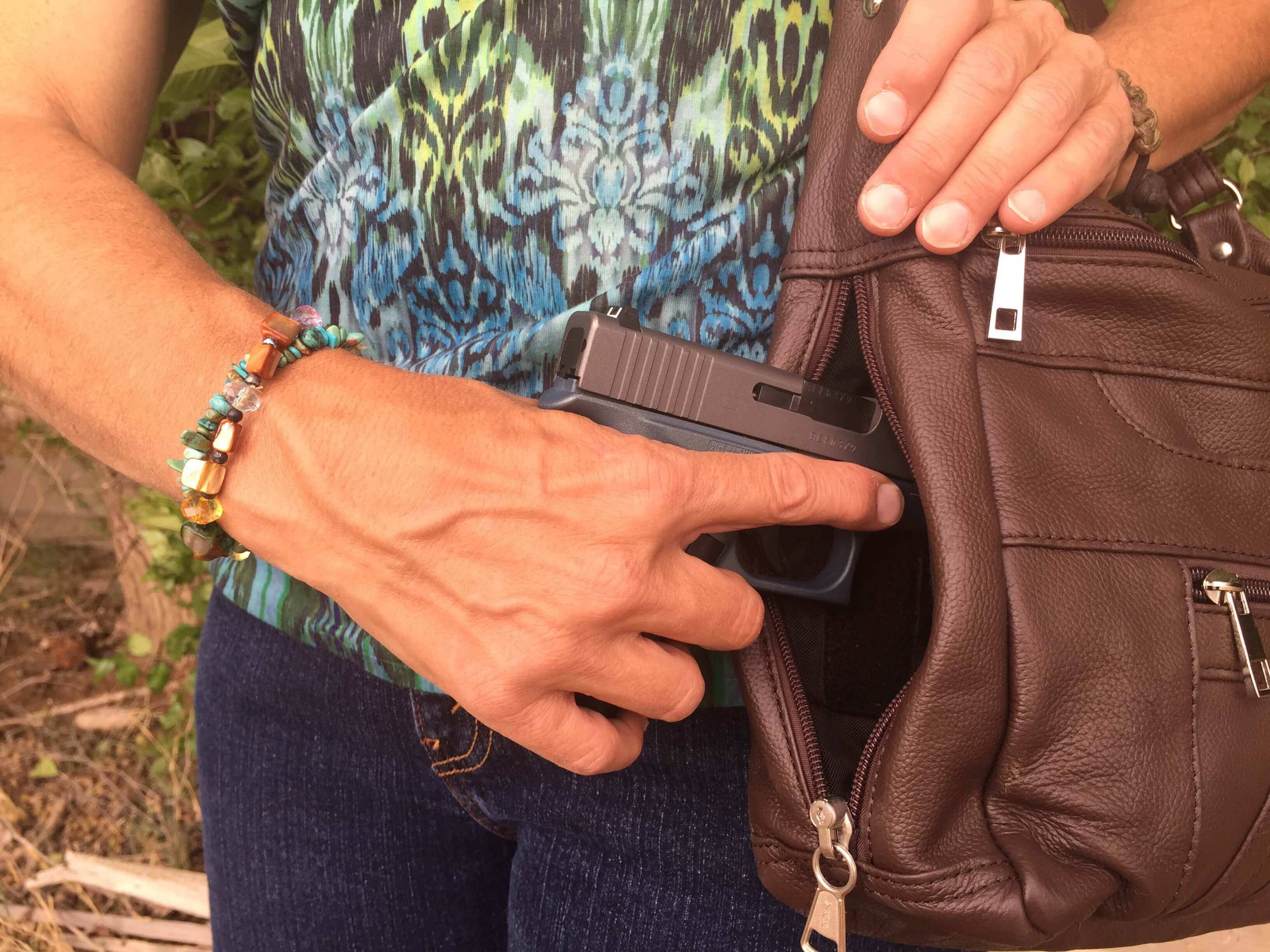 Breath is a fundamental of shooting, and essential for performing well under pressure. Controlling your breath rate helps retain good decision-making and fine motor skills. For both myself and students, I use this simple but effective technique: put the tip of your tongue behind your upper front teeth, and inhale. That’s it. Especially for the many people who begin to experience “the shakes” when the pressure is on, this easy method of breath control is the ticket.

Don’t let that day the first time you’ve had to decide about using deadly force:

Hundreds of hours of range practice is always a great idea, but outside of on-the-job combat as a police officer or soldier, there is nothing like already having experienced the decision to use deadly force and the physiological responses that happen during and immediately after an incident. Find a reputable instructor or school that teaches decisional shooting in scenario-based formats. You will soon find that things that seemed like second nature on the range, like careful sight alignment, take a backseat to certain stress responses. Tunnel vision, auditory exclusion, and other stress responses cannot be eliminated, but their duration and effect can be reduced by exposing yourself to simulated combat. Lt. Col. David Grossman (Ret.) calls this “stress inoculation;” his book On Combat is recommended reading. 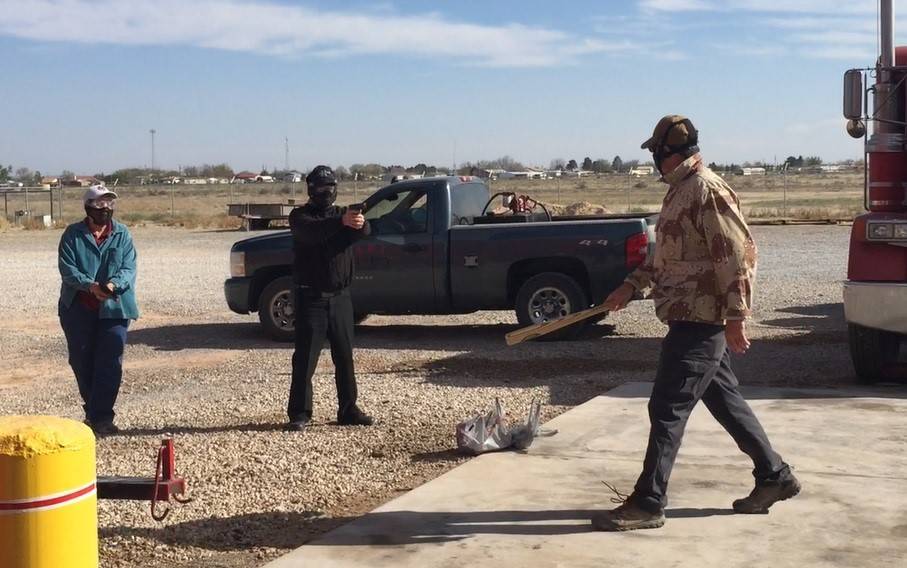 Be prepared to take medical action:

The topic of being prepared to stop blood loss, your own or someone else’s, has been addressed on this blog before. Consider this a basic component of active shooter preparation. Most civilians who have this training and gear still fail in the practice department. In a scenario class in which eight students who completed an emergency blood loss-stoppage course a year earlier had to deploy their tourniquets, every single one failed to effectively apply the tourniquet they keep at their disposal. If you’re concerned about being queasy, follow North American Rescue on social media or go hunting and field dress game animals for sensory inoculation. Stopping blood loss doesn’t have to be hard, but under stress and without practice, it’s difficult to make fingers do what they’re supposed to! Dust off that TQ and practice on yourself or a friend once in a while. 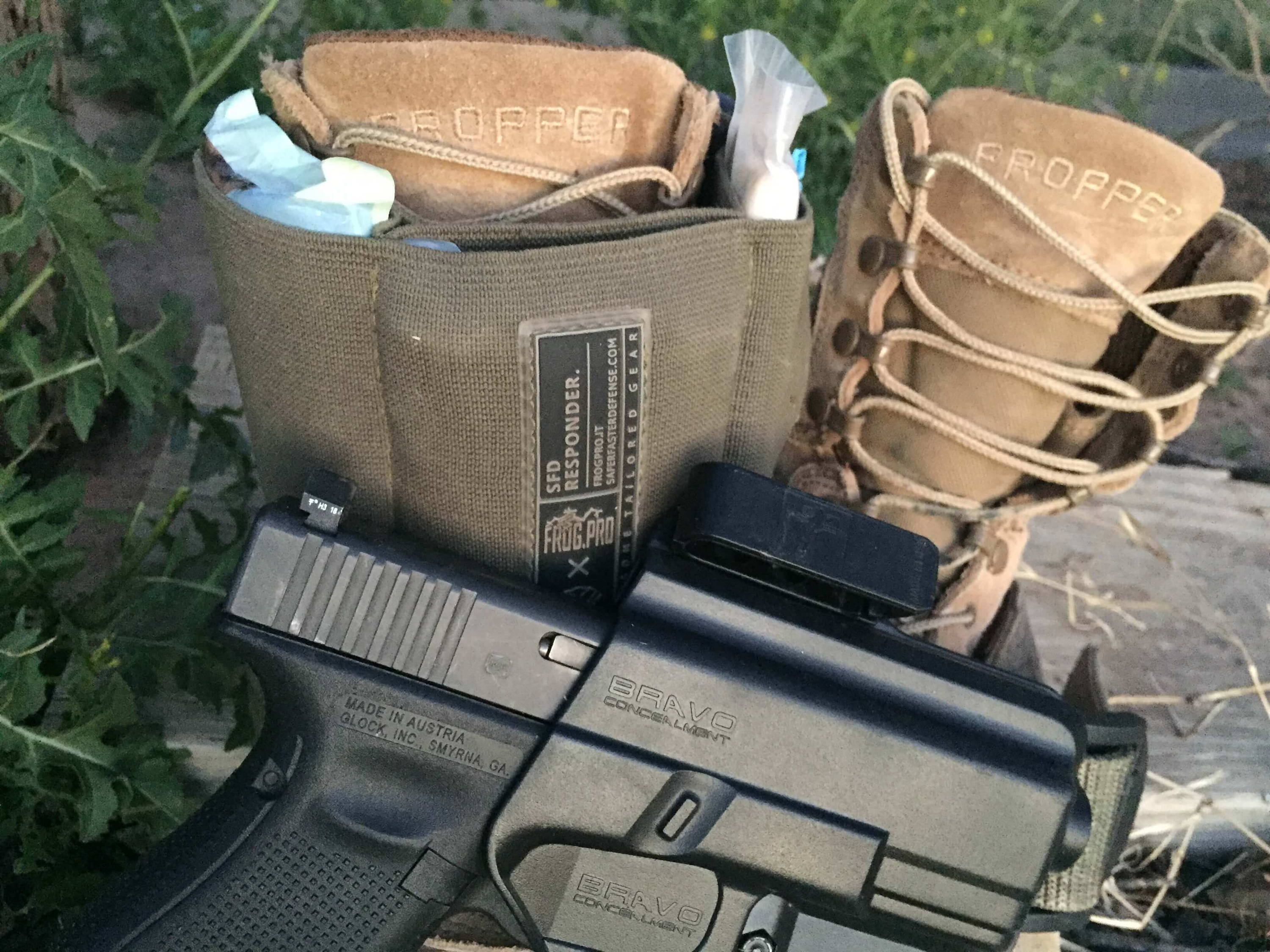 Be prepared for post-event police and media, if you make it that far:

You may not make it out of this event alive, whether you fight or not. There is no question that, when more than one person puts up resistance to an active shooter at the same time, their crime is likely to be cut short. The choice is yours!

Even if you win—if the would-be killer flees, surrenders, or goes down, your problems may not be over. In 2018 alone, at least three well-meaning citizens were shot, and in two cases killed, by police officers who arrived at crime scenes only to see someone standing there wielding a handgun, in some cases with people down and blood spilled nearby. When a gun-wielding person, including a law-abiding one, is so focused on the scene in front of them that they can’t hear commands to drop the gun, police are going to meet apparent force with force! Practice with this in mind. To ingrain this as habit I demand, of myself and students, a visual search of the surrounding area before giving into the temptation to look at the bullet holes on paper.

Furthermore, even though your actions were surely done in good faith and perhaps saved lives, expect to be the target of hatred from corporate media, some members of the community, and depending on the worldview of your local police leadership, even law enforcement. If you have a mind to resist an active killer, along with it should go the understanding that some people hold up victimhood as a virtue and will forever decry your actions. Human beings are resilient, though. You can decide today that you’ll be mentally and spiritually healthy post-incident, tackling new social and emotional hurdles with the same assertiveness that led you to act to stop a crime in progress.