Air travel and your EDC 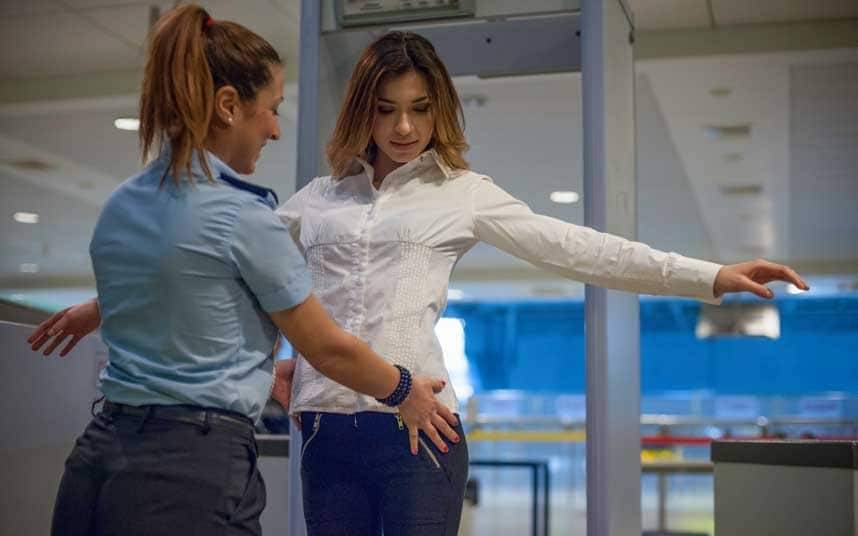 Carrying concealed is a sign of acknowledging the possibility of crossing paths with the threat of violent crime. But I never cease to be amazed at how many people who faithfully carry a gun for self-protection leave other aspects of personal safety to chance. Nowhere is this truer than with air travel, where carrying a firearm on one’s person is precluded. Being prepared to stay as comfortable and safe as possible while navigating the inside of an airport or locked inside an aluminum can with 100 other humans is relatively simple with some advance planning. Here are some tips on how.

If you find yourself in need of a hasty evacuation or long walk across a tarmac, your feet are your best friend. Have some respect for them by choosing comfortable socks and shoes that cover toes and don’t have any flip-flop action in the back. With ease, you can be tripped or injured in sandal-style footwear or heels.

Traveling light is a great idea, but having a jacket, toothbrush/toothpaste, deodorant, and a change of socks and undies in your carry-on are a great asset in case of an unexpected delay during the trip. If you take critical medications, extra doses should be with you. While these may not seem to have anything to do with self-defense, an air of confidence in your self-presentation is to most criminals the equivalent to an application of “OFF” spray to a mosquito. It’s a lot easier to navigate public spaces with confidence if you’re not feeling like a hobo! And sooner or later, for a long or short period of time, you’ll leave the relative safety of the airport for your next destination. Leave looking like a winner, not a victim.

If you’re not one of those neck pillow-carrying passengers, the bundle of clothes inside your carry-on renders the bag an improvised pillow in case of an extended delay. Adequate sleep is part of a healthy defensive lifestyle, too. Good sleep keeps judgment, mood management, and the five senses sharp.

Rescue gear you can carry on

I’ve written before about the importance of being capable to render basic emergency medical aid to oneself or another. There are no TSA rules against carrying items like a tourniquet, combat gauze, or a CPR mouth shield, and these items take up negligible room in a carry-on or pocket. Get the training and be prepared to use it with both action and equipment.

Another emergency item few people consider, and one that could prove even handier in an airport than in the air, is a quality tactical flashlight. In the event of a power outage, the massive interiors of airports will sport only emergency lighting above exits. A light with metal housing that’s at least two inches wider than your fist also makes a fine striking tool. 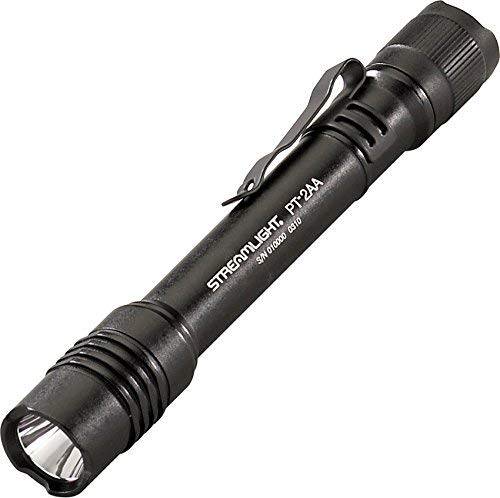 Speaking of striking tools, a so-called tactical pen is another popular option. These pens are usually made of a metal alloy, making them stronger and fatter than a typical pen. There is usually a bezel at the top end, as some flashlights have on the bulb end, to inflict skin breakage more readily than a plain striking tool. When used as designed, tactical pens and flashlights serve as a pain compliance tool, to restrain a would-be attacker, or a striking tool that can inflict severe pain with the aim of stopping violent behavior.

While a study of how and where to strike or physically restrain someone to stop or prevent bodily harm to oneself or another is beyond the scope of this article, this topic warrants further study. If you’re not in a location where such training is available, there are several good books on these subjects. 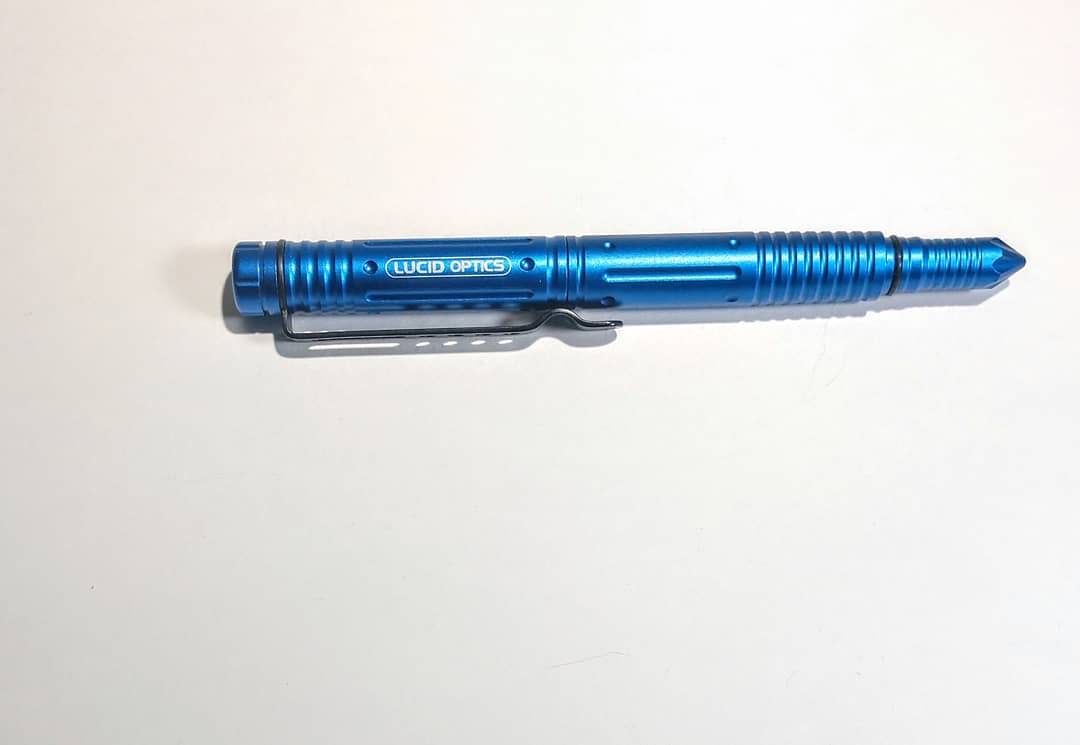 A tactical pen is otherwise just a writing instrument---one you can “open carry” on a plane. However, I have seen stories of some of these pens being confiscated at TSA security checkpoints. You’re best off choosing one that doesn’t have a strong tactical look and, if it’s black or some other color of the tactical palette, take it “low vis” and paint some pastels on it. Avoid products with gun company names emblazoned on them. One new choice that checks all the boxes for a pen that’s ready to play nice until it’s time not be nice is a black-ink dispensing choice from Lucid Optics. This pen is now sold in a decidedly non-tactical bright blue, giving you the best chance at retaining your $24 protection device past the TSA inspection.

Situational awareness is always your friend 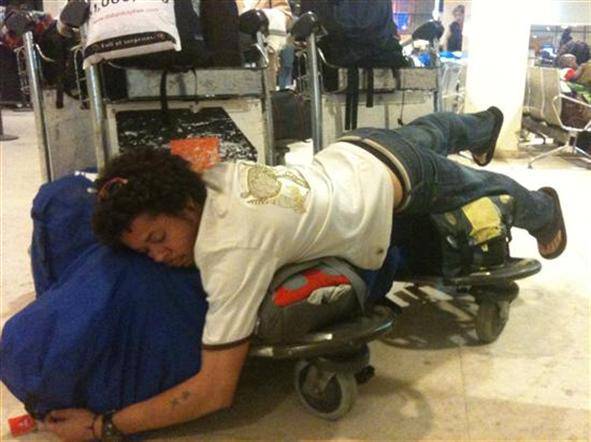 Airports offer an interesting conundrum in evaluating human behavior because there are few norms today for appropriate dress or behavior in an environment where people of various cultures are virtually rubbing elbows. It pays to develop the habit of casually noticing what people do with their hands. It pays to notice—and give a wide berth to--any brewing emotional conflicts.

Just today, a friend related a story of leaving SHOT Show with his briefcase and a carry-on, chock full of important contact information he’d just made during the week’s meetings. With minutes to go before his plane’s arrival, he nodded off for a minute. When the boarding call roused him from his snooze, his carry-on items were gone. Even inside the airport security zone, with cameras everywhere, security is not guaranteed! Find a way to hold or tether your belongings to make their disappearance less likely while you take a rest.

The general public has access to the baggage claim area of most airports. Don’t be so focused on the carousel that you miss the approach or presence of someone who doesn’t belong. As soon as possible and preferably where it is legal to do so, re-arm yourself with the gun, blade(s), and ammunition I hope you’ve checked into your luggage.

Air travel can be relaxing and fun---until it’s not. Using the tips here can reduce the impacts of its typical inconveniences, and keep you ready to prevail if the rare incidence of violence does occur on your trip.