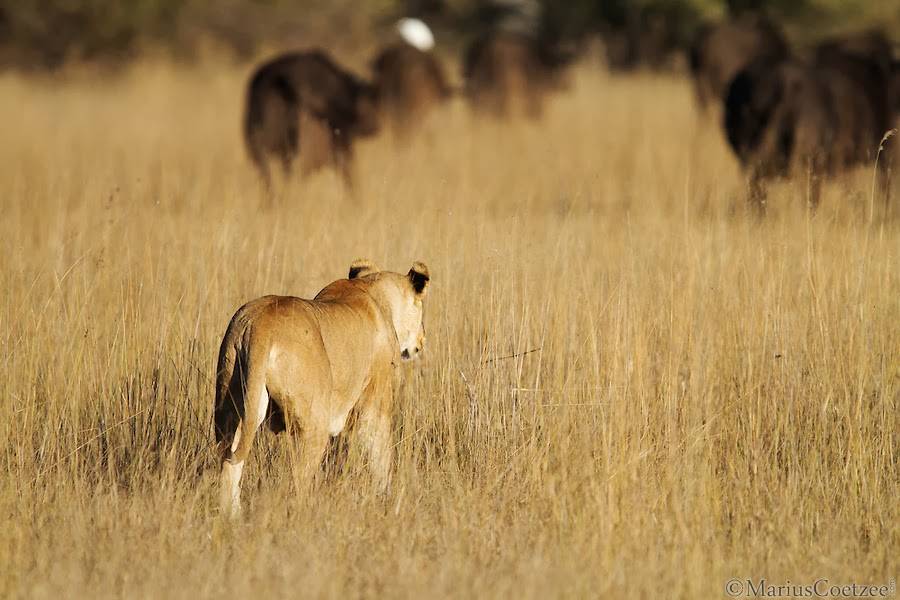 Most attacks have signs. Learn to recognize them.

Bravo Concealment blog readers are smart enough to know that having a gun is just the start of effective concealed carry. Habits of situational awareness, a plan for post-event communications, and a host of other factors comprise a virtual toolbox for avoiding trouble, being able to escape it, or, as a last resort, deploying a firearm with skill and safe handling.

Among the items in that toolbox should be at least a basic ability to identify behavioral pre-attack indicators. While the behaviors described here are not the only ones that could signal an impending criminal attack, they are among the most common. Identifying these signs is a great way to give yourself early warning, and hopefully the chance to leave! But if you can’t, they can at least give you more time to make a plan to cope with whatever comes next, using anything from physical positioning, to communicating with the goal of de-escalation, and if necessary, to launch a counterattack in a manner that allows you to prevail.

Depending on your personal or work background, these may seem obvious. But to many they’re not, and it’s for them this article is written.

None of these behaviors, by themselves, represent a sure sign of an impending crime. But they happen frequently enough that they’re worth learning about. Understand that overreacting to these signs—like presenting a gun at the first indication—could land you in hot water with the law. But to ignore them is folly.

Especially for inexperienced criminals, there is often a period of nervousness preceding the launch of the attack. This might manifest as an inability to stand still, with jittery actions or pacing. Sometimes puffing the chest out and audible exhalations occur, not unlike the posturing frequently observed when football players first step away after a pre-game huddle. So-called self-grooming---rapid rubbing of the back of the head or neck, or adjusting sleeves—is sometimes seen. Repeated tactile checking of a concealed weapon can indicate the person is mentally rehearsing the crime—or perhaps just carrying in an insecure manner.

These behaviors could signal a person is psyching him- or herself up to carry out the planned crime. Such manifestations of anxiety are often seen on convenience store security camera videos as an inexperienced but armed and dangerous thief prepares for an armed robbery. People with innocent intentions, new to carrying concealed, sometimes touch the gun with an elbow or hand while it’s still concealed as a sort of reassurance. Understand this is a telltale sign of your armed status to the relatively rare but dangerous experienced criminal, as well as the vigilant law enforcement officer. 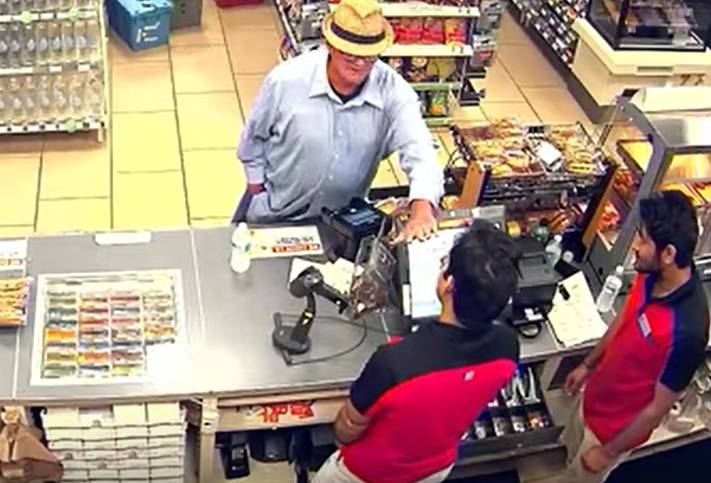 An armed robber readies a weapon in a front pocket while using the other hand as a distraction to the target. Make a habit of discreetly watching what both hands of others are doing, and don’t habitually touch your own gun.

When two or more apparent friends are walking abreast and suddenly split company but proceed in the same general direction, change your path or seek escape immediately. Corralling a would-be victim between two or more perpetrators is a common tactic of muggers. Especially if you’re alone or have a youngster or a mentally or physically impaired companion with you, this technique presents a disparity that’s hard to fight if you must do so with opponents coming from more than one direction. Even if it feels weird to jaywalk or whatever the situation calls for, escape if you can.

The gun is a great equalizer and most often, as soon as it comes out, “friends” of the first perpetrator who were participating in this sort of predatory action scatter like grains of sand thrown to the wind. But that is not guaranteed. Avoidance is your best option. 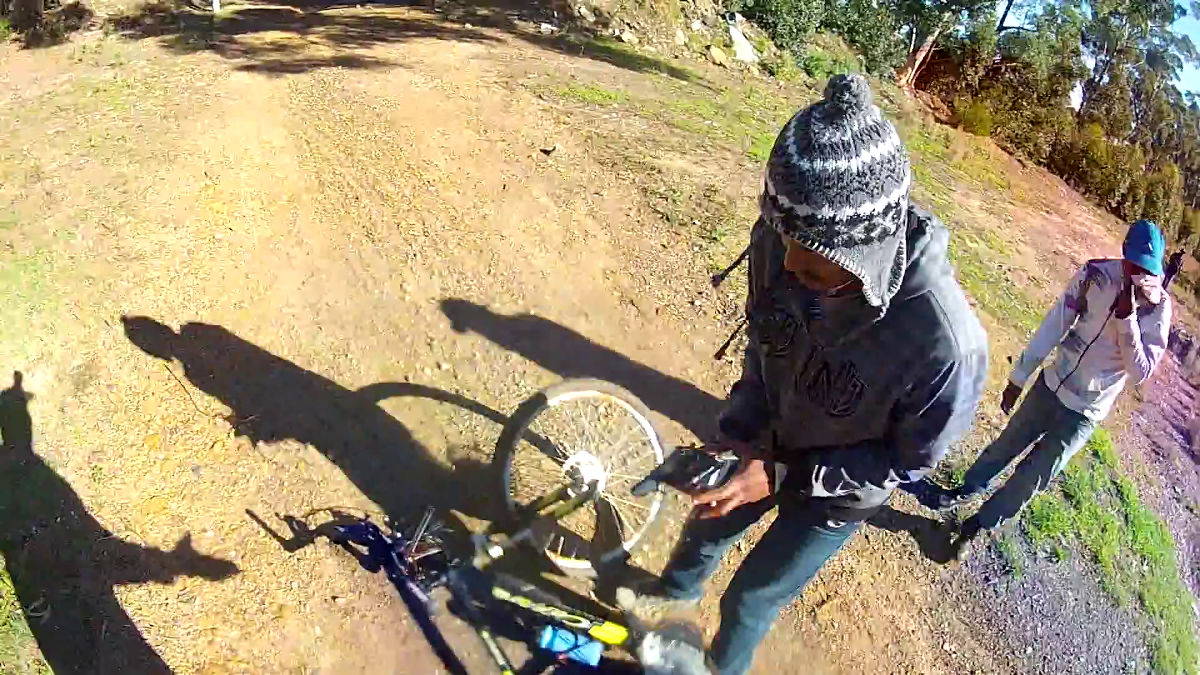 Split formation. The armed perpetrator used the gun to stop the bicyclist, whose shadow (wearing a helmet cam) is seen on the left. His accomplices are approaching from the side; one will soon stand behind him, putting him in an even more vulnerable position.

Blading the body away during conversation

The potentially violent person, when talking face-to-face with a would-be target, will generally not square up to the target, but will place one side, usually the right owing to the majority of people being right-side dominant, slightly back. The non-dominant hand may be used to produce distracting gestures while the weapon or fist hand remains hidden. Create distance if possible.

As a person who carries a gun, understand it is your natural inclination to blade your weapon side away as well if you are less than comfortable during face-to-face interactions. By doing so, you probably are not signaling your armed status to the person you’re interacting with, unless it’s a police officer. However, this ready-for-action posture is frequently more obvious to bystanders. Stay aware of your positioning and the message it can send. 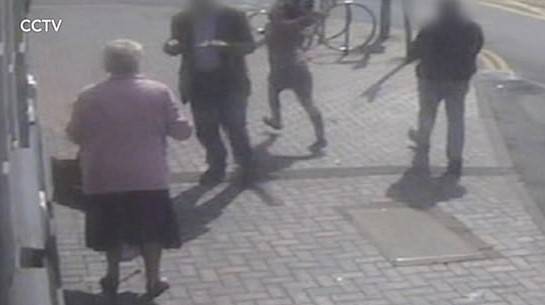 Ready stance. The mugger (center) slightly blades his right side away from the target before striking.

When tension runs high, mental alarms should sound in your head if a person leaves the scene for a short period of time and then returns. Whether the apparent retreat was to an adjacent room, to their parked car outside, or other place where personal items may be stored, it is possible the person went to retrieve a weapon and has returned with intent to do harm. Of course, such a retreat may be innocuous, but if it’s possible to leave the scene, do. If you must stay in the person’s presence, don’t take your eyes off them, and have a plan for taking cover and fighting back.

The vast majority of violent crime is not committed by strangers. Relationships gone bad, at work or between lovers, are the source of too many assaults and deaths. In most cases where severe violence has occurred, it was preceded, often weeks earlier, by a statement of verbal intent. Particularly when combined with the recent departure of the spouse or domestic partner, the risk of a planned attack after a verbal threat is especially high. If you find yourself in such a predicament, stay aware of your surroundings and make a plan to protect yourself at vulnerable times such as going to and from work. Change up your routine and avoid being alone at those times.

Threats of “if you leave me, I’ll kill myself,” are particularly deceptive. Often the part that’s left out of that statement is “after I kill you.” In the midst of the torn emotions a breakup entails, you are hereby advised and authorized to be ready and unapologetic about defending your life and the lives of your children! A verbal threat is really a gift of sorts, a road sign telling you that being armed and aware is the best route to take. People, especially women, are often advised not to carry a firearm as “it will be used against you.” This advice has not borne out to be true in the real world for anyone who fights back decisively, with any sort of weapon, including teeth, fingernails, and improvised weapons. 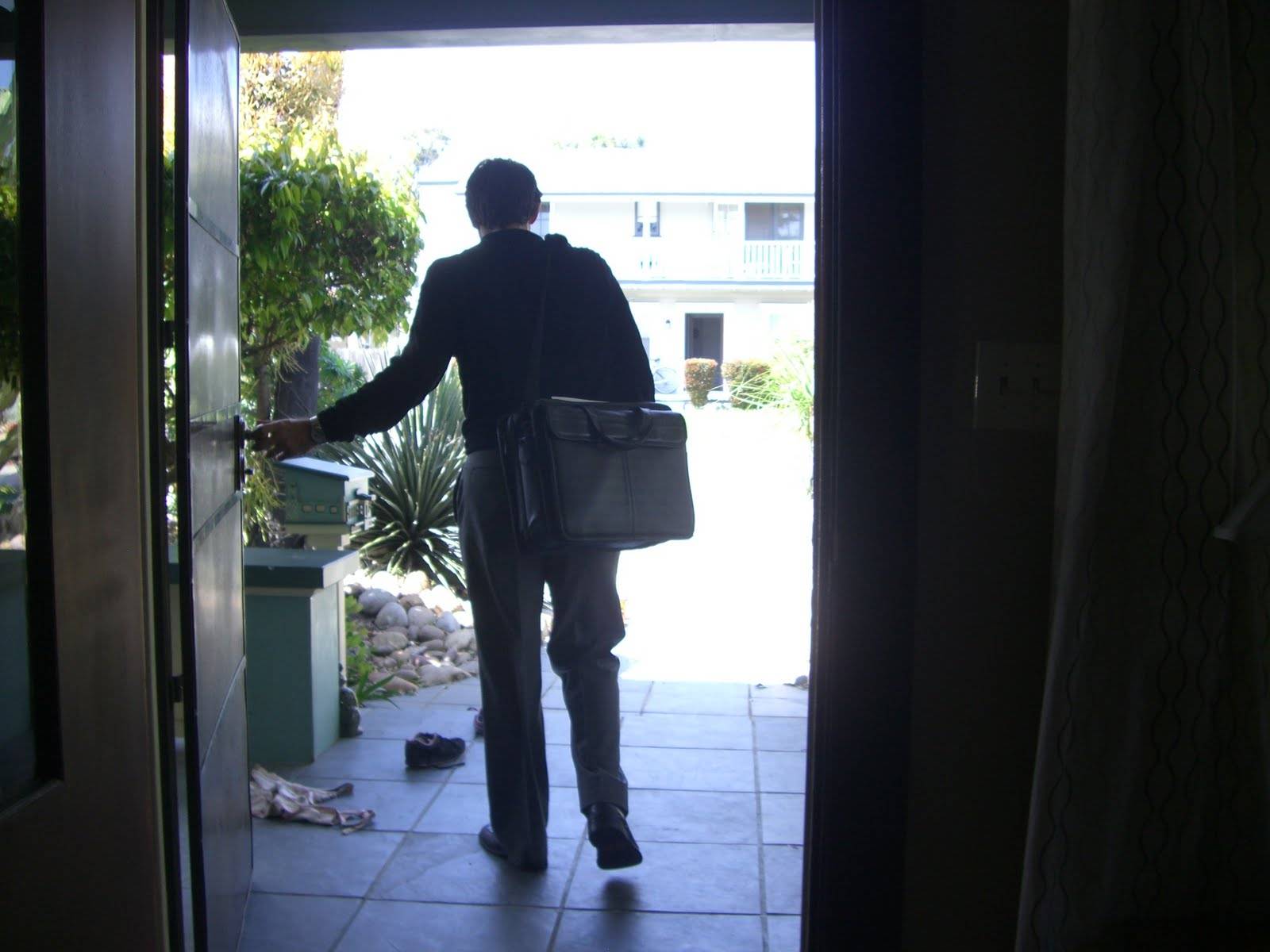 Your daily routines around work and school should be planned with care if you’re the subject of a threat from a co-worker or intimate partner.

Threat ID is a skill to be honed over time. Learning to be a student observer of human behavior can make the world a more interesting place, and gives you a great advantage of generous reaction time!