Hot or Not: Should You Carry with a Loaded Chamber? 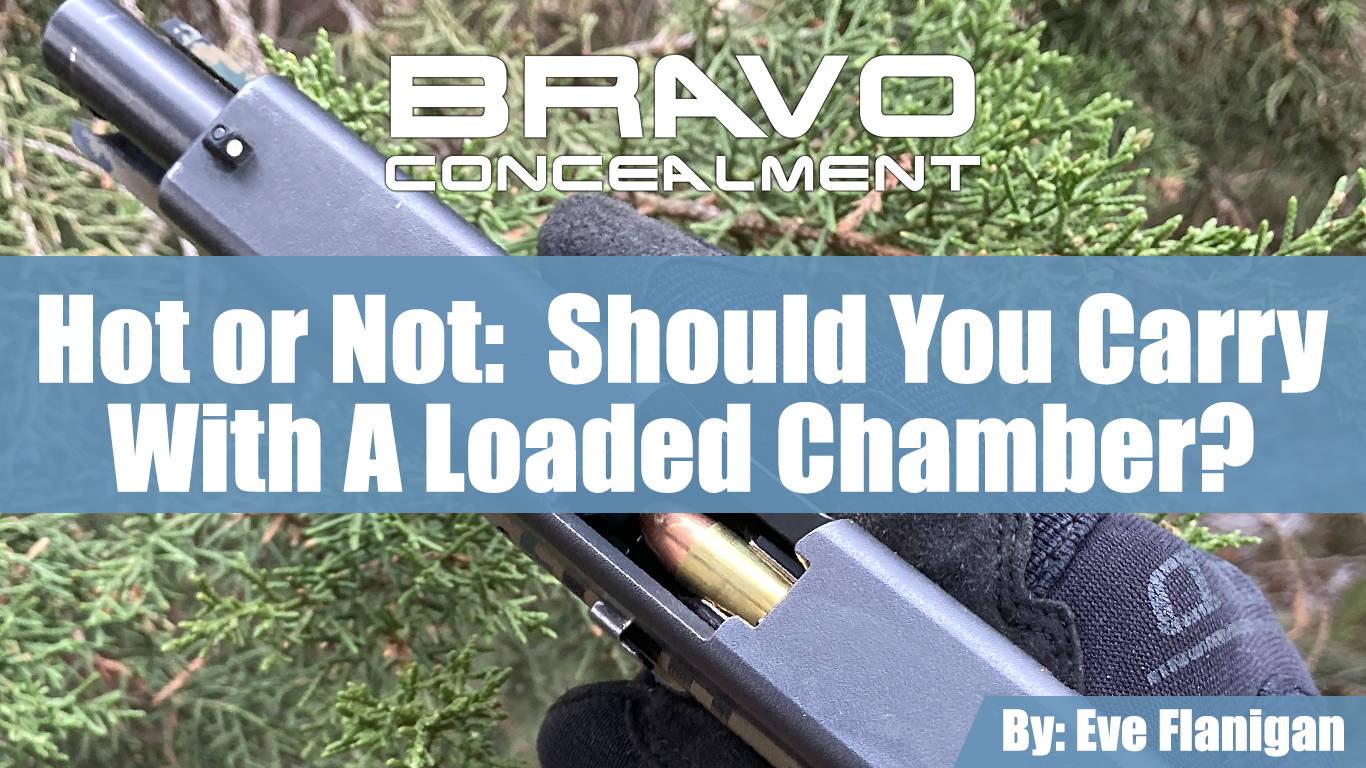 Whether or not to carry with a loaded chamber is a frequent debate in concealed carry circles, especially among new carriers. Let’s examine the potential costs and benefits of a hot, or loaded versus unloaded, AKA cold, chamber for everyday carry. 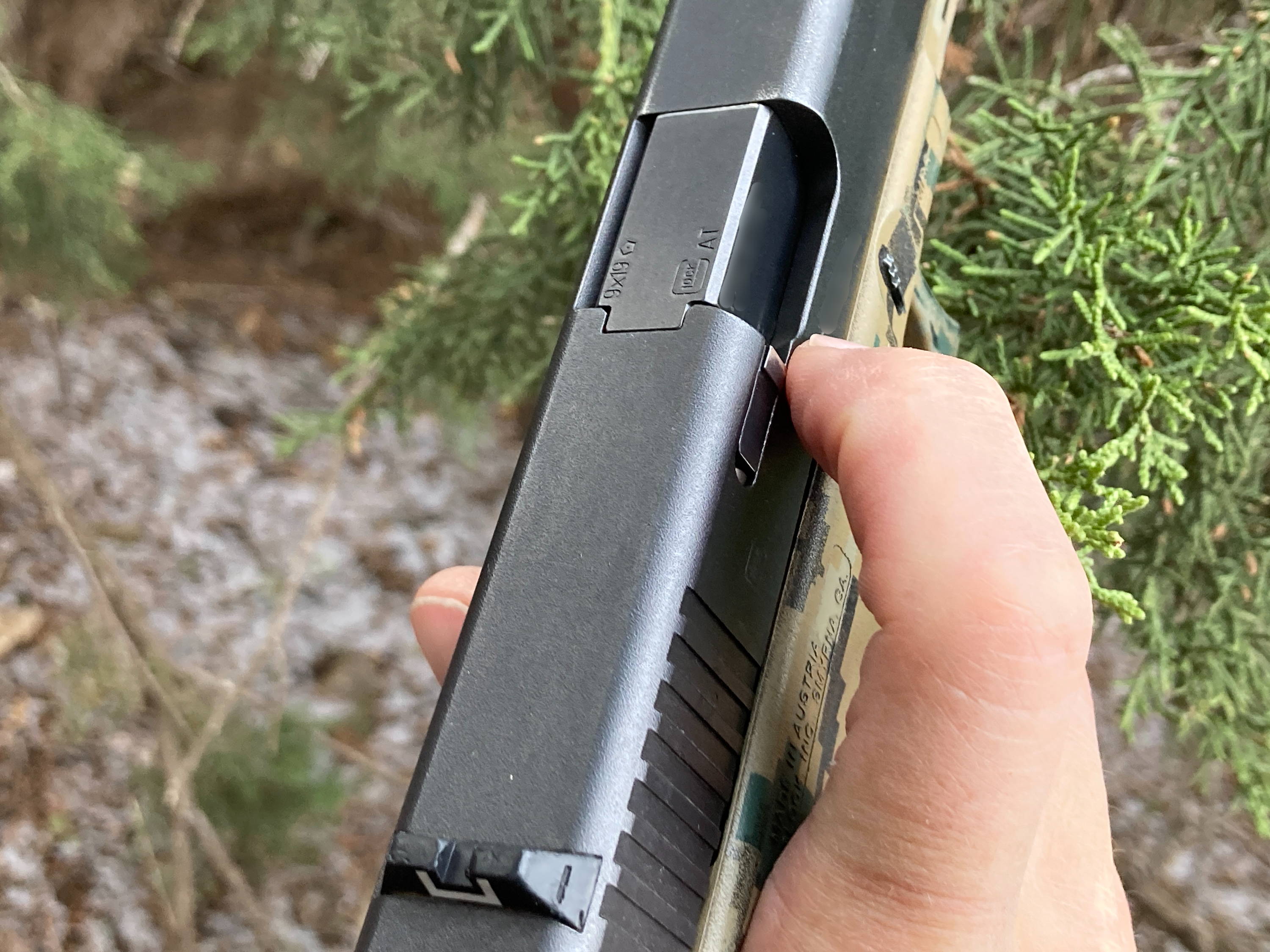 Carrying with the gun hot—meaning magazine in, chamber loaded--means it’s instantly ready to use, at least after drawing and defeating any safety mechanisms on the gun. If you’re serious about defending yourself, carrying hot is the only realistic option.

Of course, any gun should always be treated as loaded. Concealing one you know for sure can fire carries with it the burden of responsibility to keep the trigger guard secure at all times. My Bravo Concealment Torsion gun holster effectively covers the trigger guard when the gun is worn. It also allows me to safely re-holster without removing the gun from my belt, as it stays rigid and open when empty.

If you do not have awareness or discipline to keep your fingers clear of the trigger guard, you should not conceal a hot gun. If you want to be effective using your gun in self-defense, train with an unloaded gun until the correct placement of your fingers is second nature. 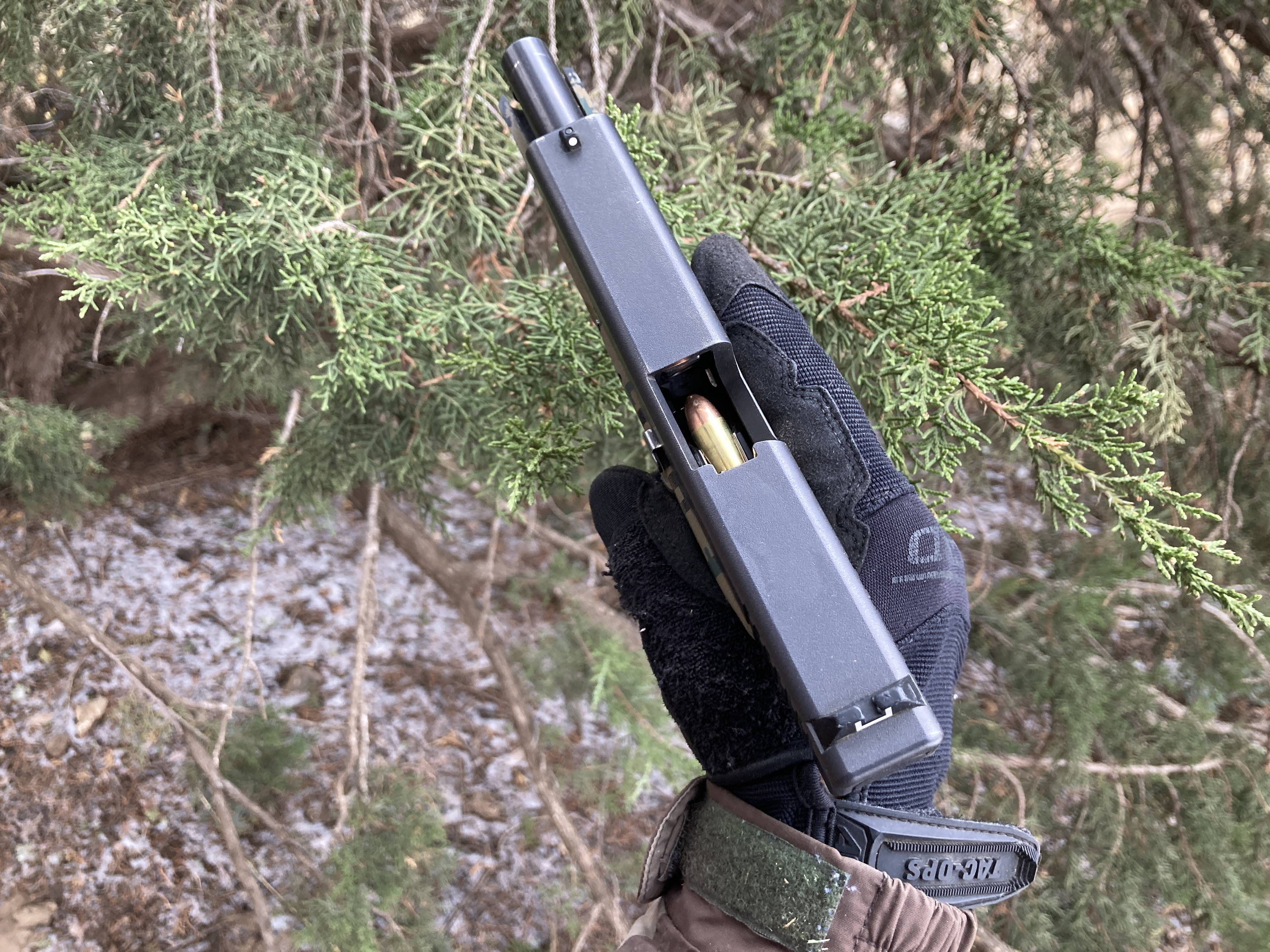 Carrying hot includes the responsibility to check your chamber status daily to be sure it is as you intend. If you unload your gun when arriving at home, as many police and security officers do for the safety of their children, it’s possible to create disaster of another kind. Some people carry with the magazine at full capacity and a hot chamber. If the same round or two are loaded into the chamber and also unloaded daily, a bullet can slowly work its way to being seated too deeply in the cartridge case. Some guns are more prone to causing this than others. When that deeply compressed round is fired, internal pressure can exceed what the manufacturer intended. Catastrophic damage to the gun can ensue. Examine both load condition and ammo on the regular, especially if your habit is to unload/load the same ammo daily. A cartridge with a compressed round will be noticeably shorter than others that have the same bullet brand/model.

Speaking as a defensive shooting instructor, I’m not doing you any favors to be less than honest. Carrying your gun with an empty chamber renders it as good as a rock.

Now, a rock is a good weapon compared to nothing! And iff you’re serious about self-protection but unsure about carrying a loaded gun, you’re better off with an actual rock in your pocket! Maybe that was slightly sarcastic. But consider for a moment the need to have the presence of mind and luxury of time to rack a slide in the face of a threat to your life.

There are a few valid reasons for carrying “cold.” Be honest with yourself. If you fit into any of the following categories, please heed this warning.

Two Skills to Own Whether You Carry Hot or Not

1. Picking up and handling the gun.  Handle your gun often and correctly—with the “V” of your primary hand as high on the backstrap as it’ll go, trigger finger planted on the frame or slide, and the other three fingers wrapped firmly around the grip. Unless your EDC gun is a revolver, never allow the support hand thumb to get behind the gun. What you do in your casual moments of gun handling is what you’ll do in combat. Set yourself up for success.

If you’re already carrying hot, handling your firearm in this manner will help you gain or maintain gun-handling proficiency. If you’re not there yet, it’s wise to make a plan to eventually carry hot. Avoiding touching your gun is not an effective strategy. 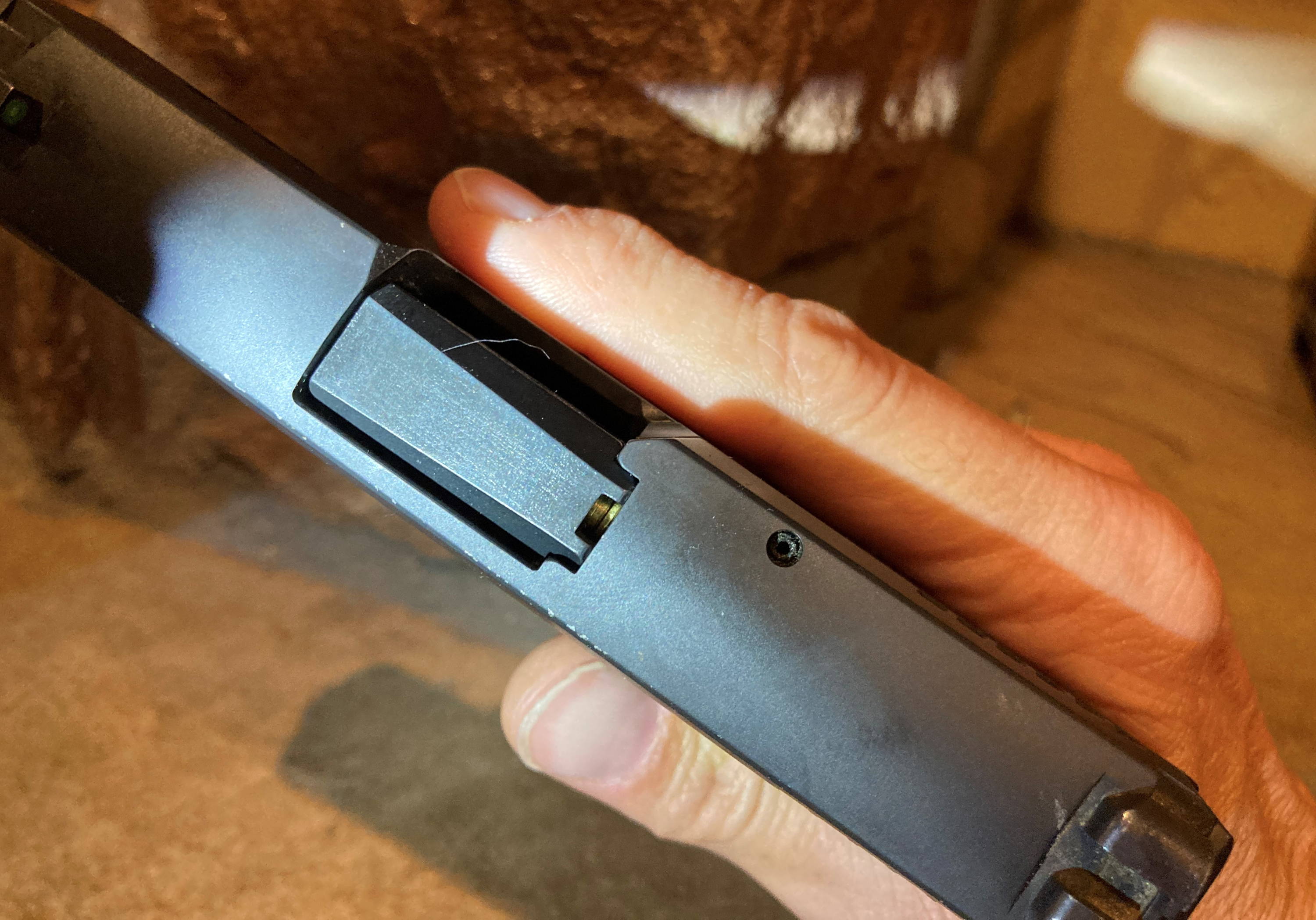 2. Chamber checks.  Knowing how to check your chamber is a necessary skill, whether you want the gun hot or cold. If your gun has a loaded chamber indicator, learn where it is and how to use it. If your loaded chamber indicator is just a cut-out in the barrel, or if your gun doesn’t have one, you’ll need to master the press check. The press check entails pulling the slide back just enough to either see or feel the chamber. 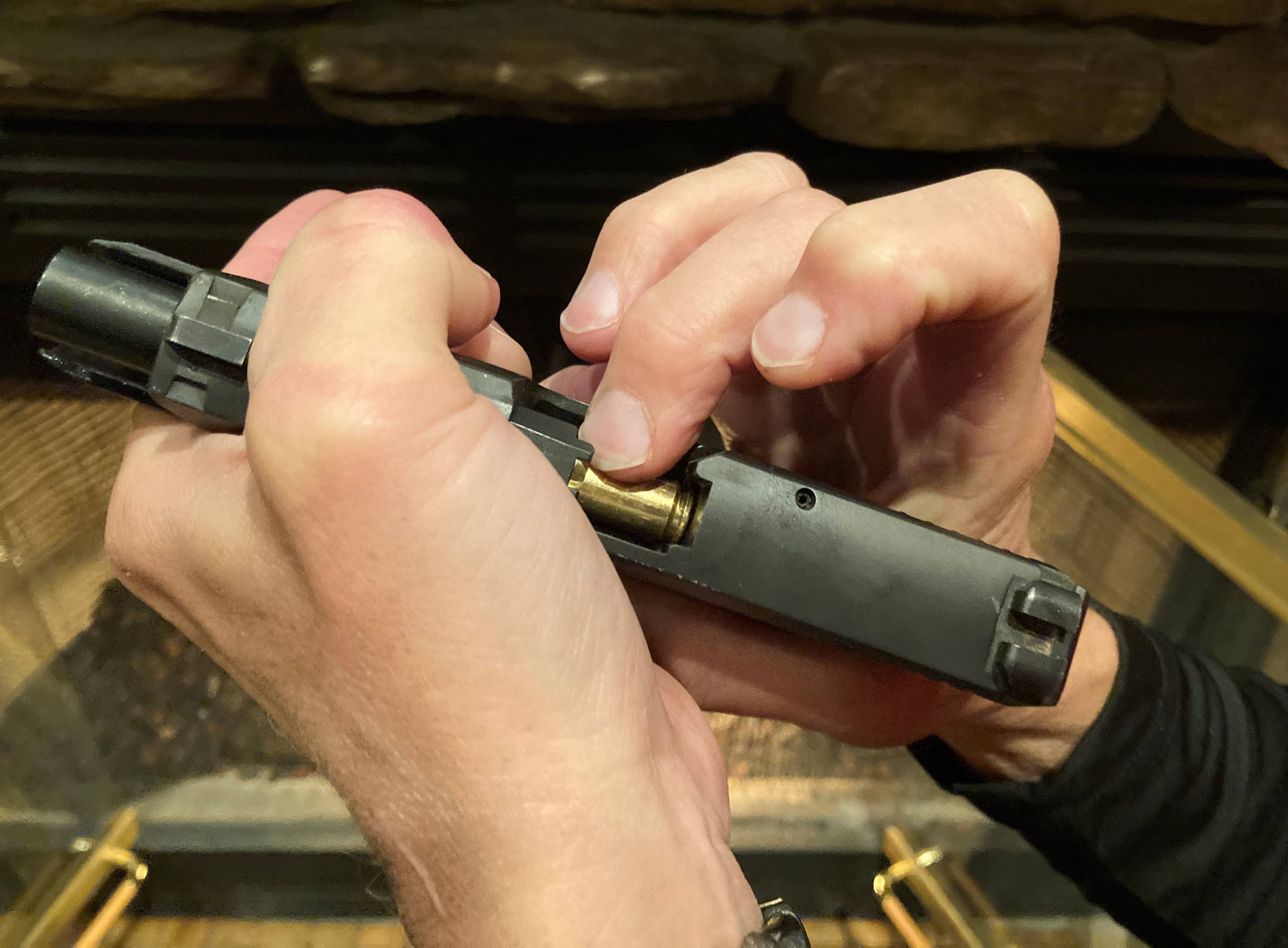 If you must check the chamber in total darkness and your gun doesn’t have a tactile loaded chamber indicator, you’ll need to do a tactile press check. Using the tactile method of a press check, it’s possible to pinch your finger between slide and chamber, or slide and barrel with some pistols. Be careful.

After pulling the slide back for a press check of any sort, it’s a good idea to tap on the back of the slide to be sure it’s completely forward and your chambered round, if you have one, is “in battery” or ready to go.

Get good training and make a few minutes every day to practice, and you’ll be able to master carrying a concealed, loaded gun with confidence and safety.