Is Appendix Carry Really That Dangerous? 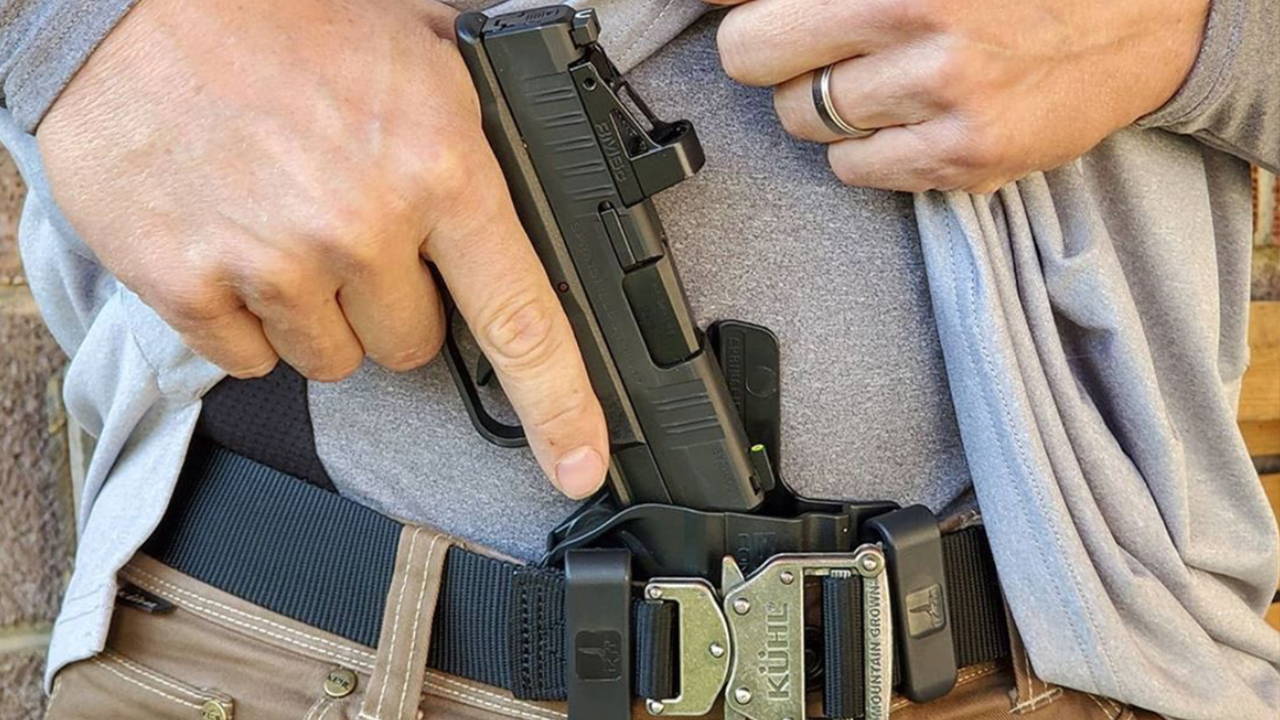 You may have heard that holstering a gun in your waistband (also known as appendix carry, or AIWB) can be a bad idea. You may have been told that carrying OWB or holstering your gun in a strong-side position on your hip is the best way to enjoy fast and accurate access to your sidearm without compromising on safety.

The reality, however, is that the advantages of appendix carry are hard to deny, and its safety is actually comparable to strong-side carry. The key to appendix carry safety is the same as the key to safely handling your firearm at any time--responsible gun ownership.

What are the advantages of appendix carry? 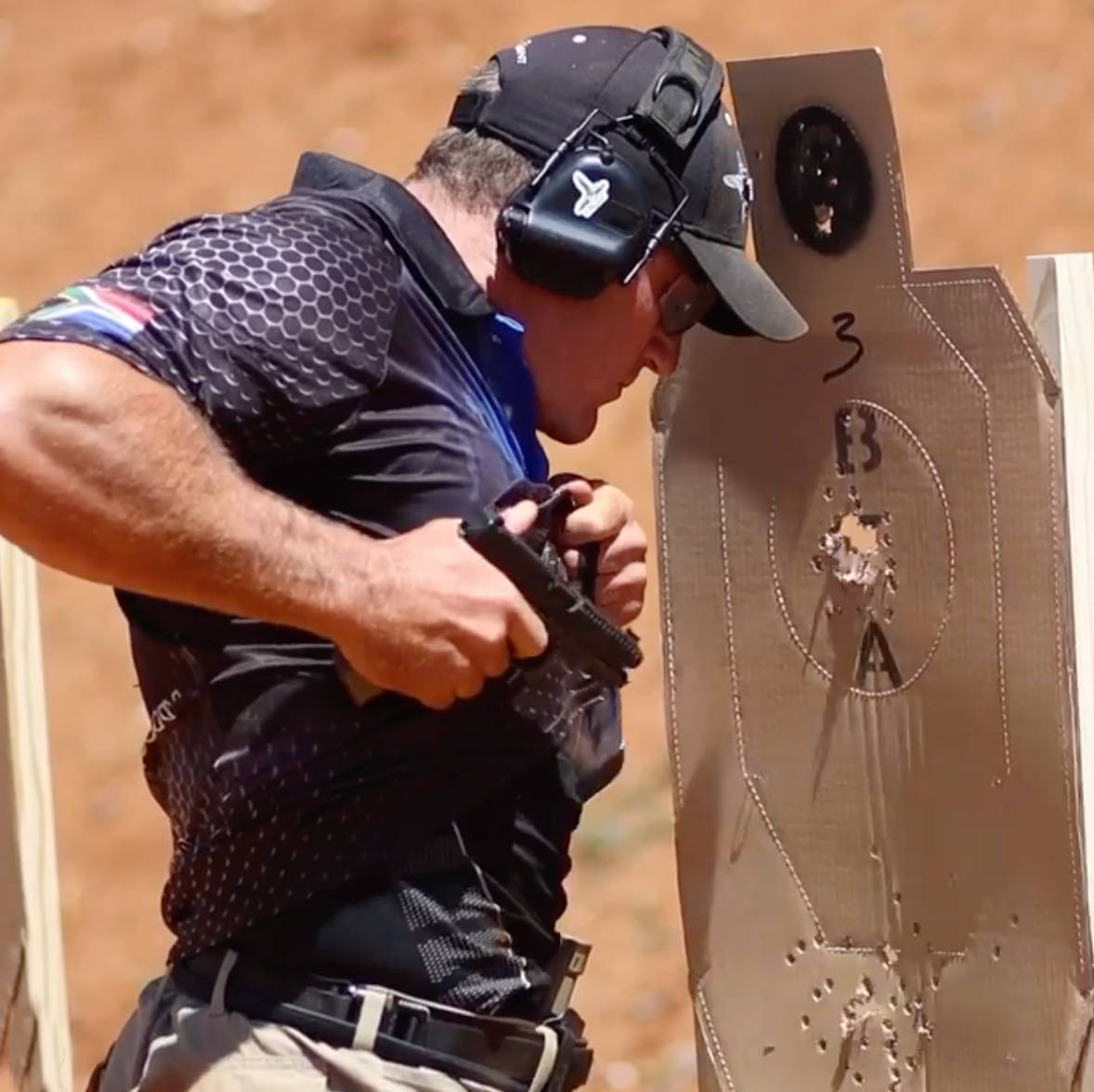 Carrying a gun in an AIWB position gives you fast access to your handgun by placing it where your hand naturally rests. From almost any position (sitting, standing, bending over), you can easily utilize your handgun. For surprise or close-quarter encounters, this positioning provides a definite advantage over other forms of carry.

Add in the fact that the body is usually shaped so as to make it simple to conceal your handgun at the front under a loose shirt, and it is obvious why appendix carry has been the carry style of choice for many years (Even long before IWB holsters became popular).

What are the risks of appendix carry? 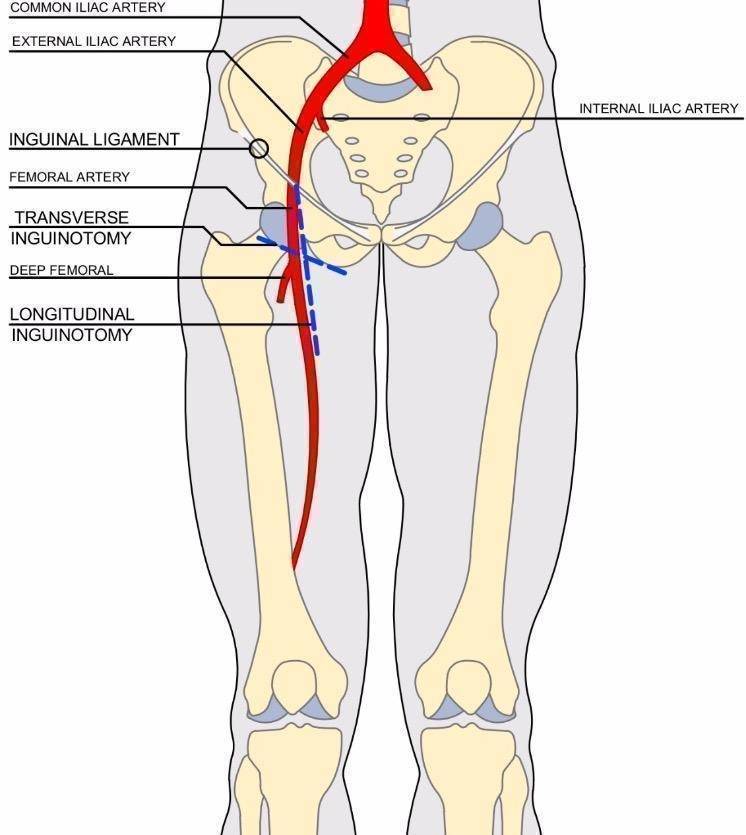 A secondary, but related, concern is where the gun points when holstered on in the waistband: Toward the groin area. This positioning would seem to violate one of the central rules of gun handling: Never point a gun at something you do not want to destroy. 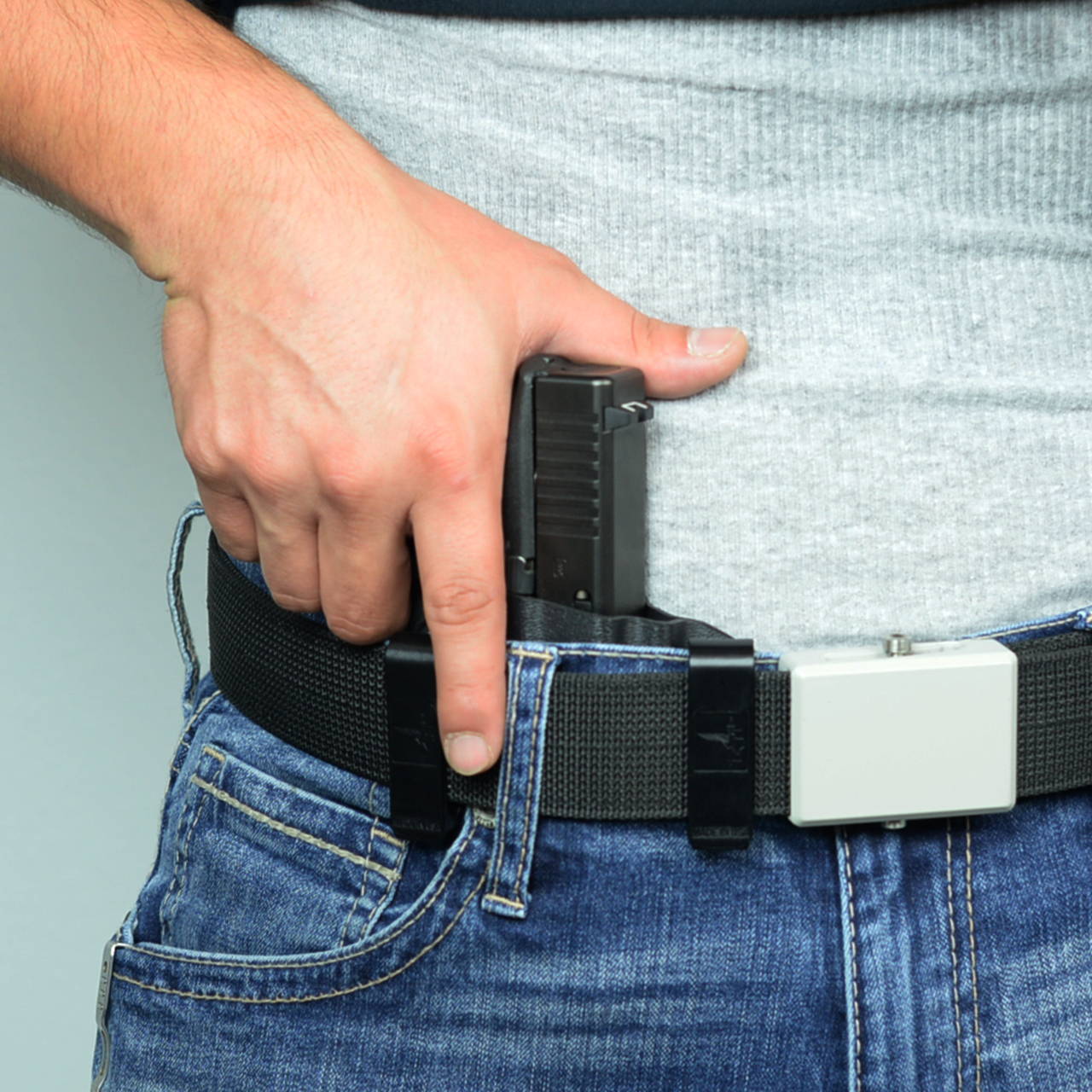 For individuals who want to use appendix carry, the risk of injury during negligent discharge and the direction the gun points are often deterring factors. But, should it be? There are some reasons to think that appendix carry is really not that dangerous, particularly for responsible gun owners who take the time to mitigate the risk.

You cannot eliminate risk, no matter how you carry your gun. Fatigue, hunger, your mood, your circumstances, and a thousand other details can impact how safe your gun handling is in any one moment.

You can just as easily have an accident with a strong-side carry, with an OWB carry, while practicing on the range, or in any other scenario.

With that in mind, the most important mitigating factor is not how you carry your gun. It is practicing responsible gun ownership.

All of these habits of good gun ownership are possible no matter how you carry your gun.

Let's look specifically at the two arguments against appendix carry: That the muzzle of the gun points toward the groin area, and that negligent discharges can have serious consequences.

When you utilize AWIB, the muzzle will be directed toward valuable parts of your body. However, the direction of the muzzle matters very little if the gun cannot actually discharge while it is holstered.

For example, an appendix carry holster that properly covers the trigger guard will make it virtually impossible to discharge the gun while it is holstered. In this case, the direction the gun points is moot. It is the smart choice of a high-quality holster that matters.

The same principle applies any time you are storing or carrying your gun. Avoiding a negative muzzle direction at all times is impossible. Instead, you should avoid pointing your gun at anything you do not want to destroy while actively handling your gun, and prevent its discharge when storing it.

Another way to mitigate the risk of the muzzle direction is to purchase a gun that is suited for appendix carry.

In particular, select a handgun (such a revolver) that does not immediately fire as soon as something (e.g. Your finger, a piece of clothing, a belt buckle) comes into contact with it. The longer and heavier the trigger, the safer the gun is to use in AIWB carry.

The right gun in combination with the right holster can make it virtually impossible to discharge your gun accidentally while it is holstered in your waistband.

When you ARE actively handling your gun in the appendix carry position (i.e. holstering and drawing your gun), you can take specific steps to mitigate the risk of negligent discharge. In particular, best practice calls for these safeguards when drawing and re-holstering your gun: 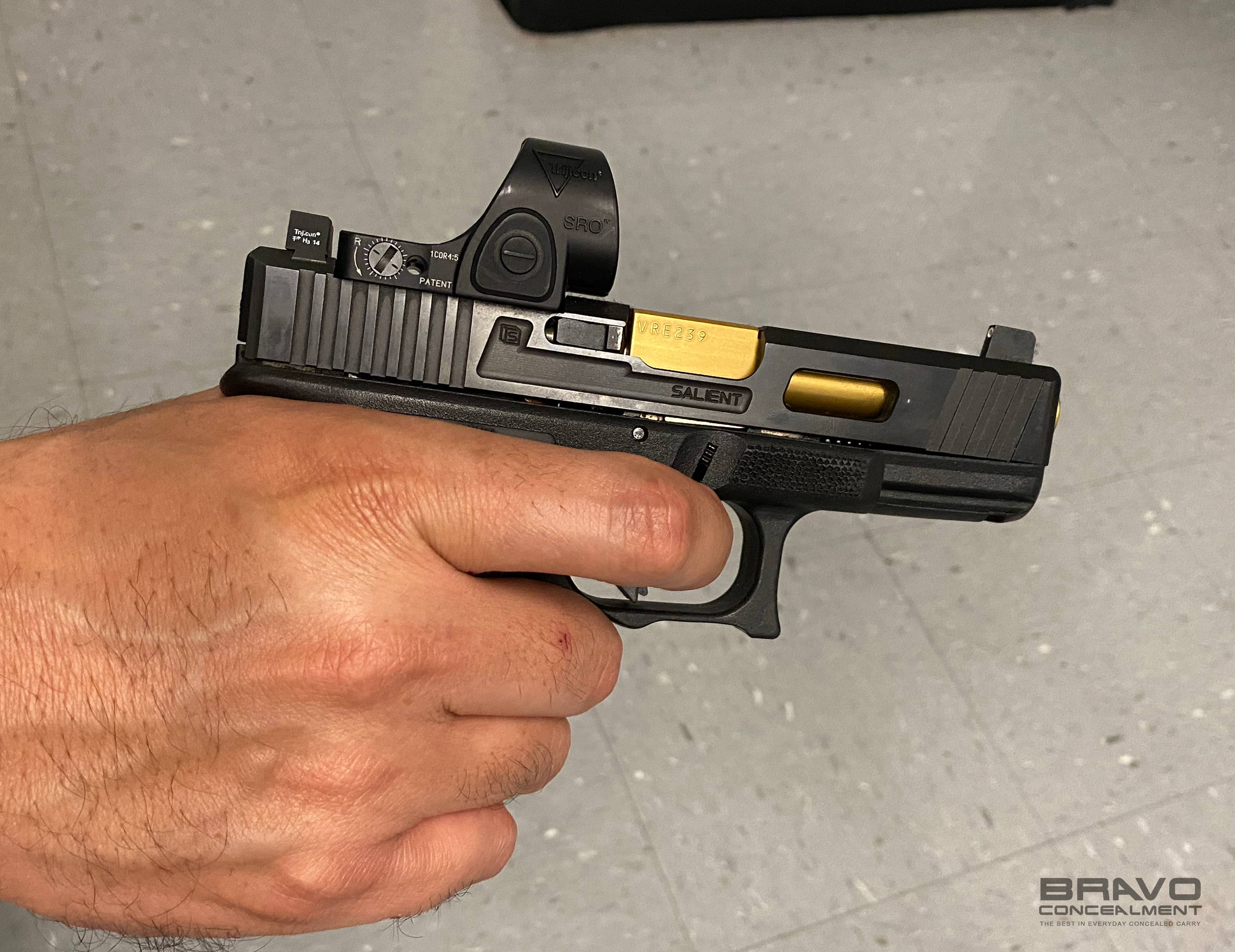 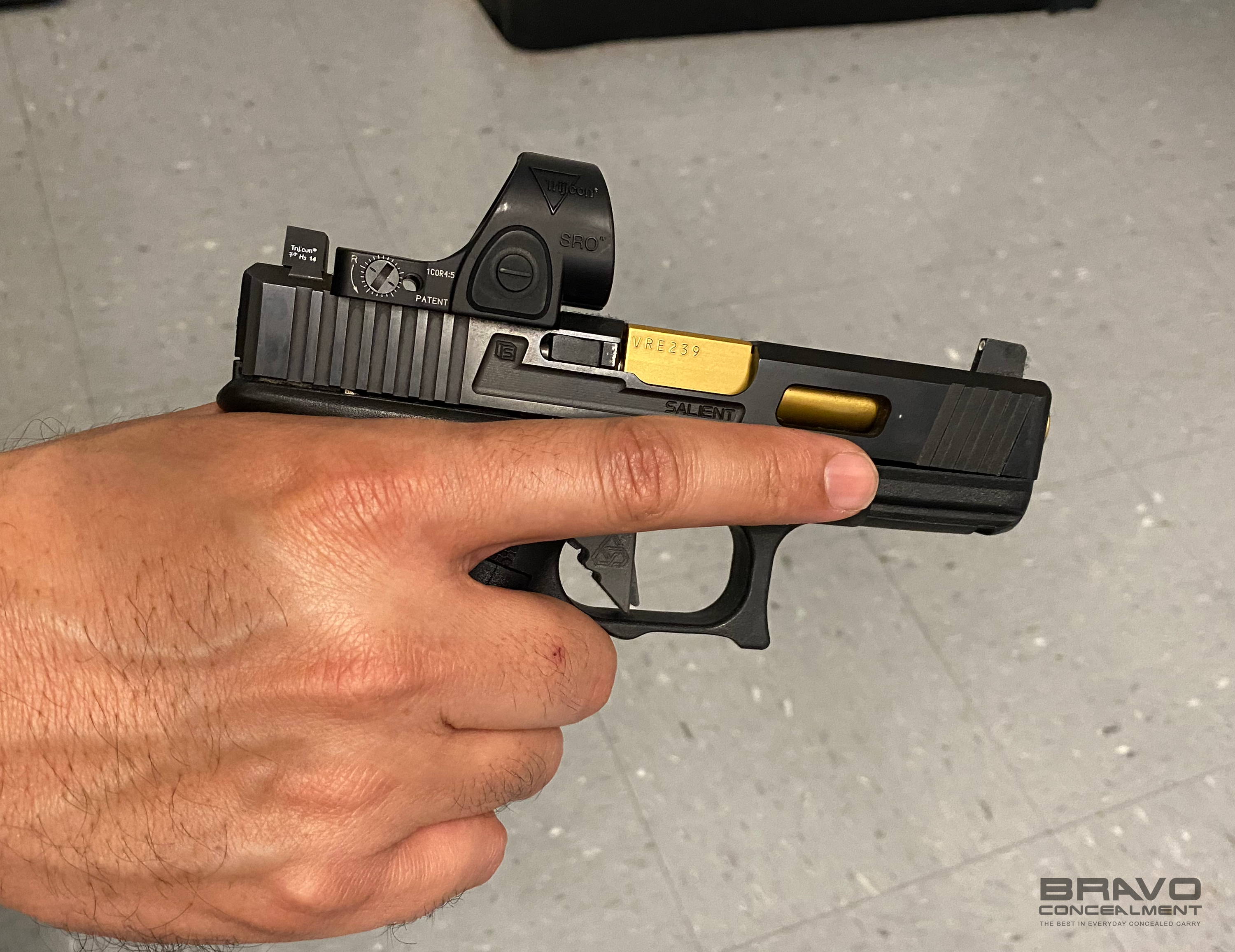 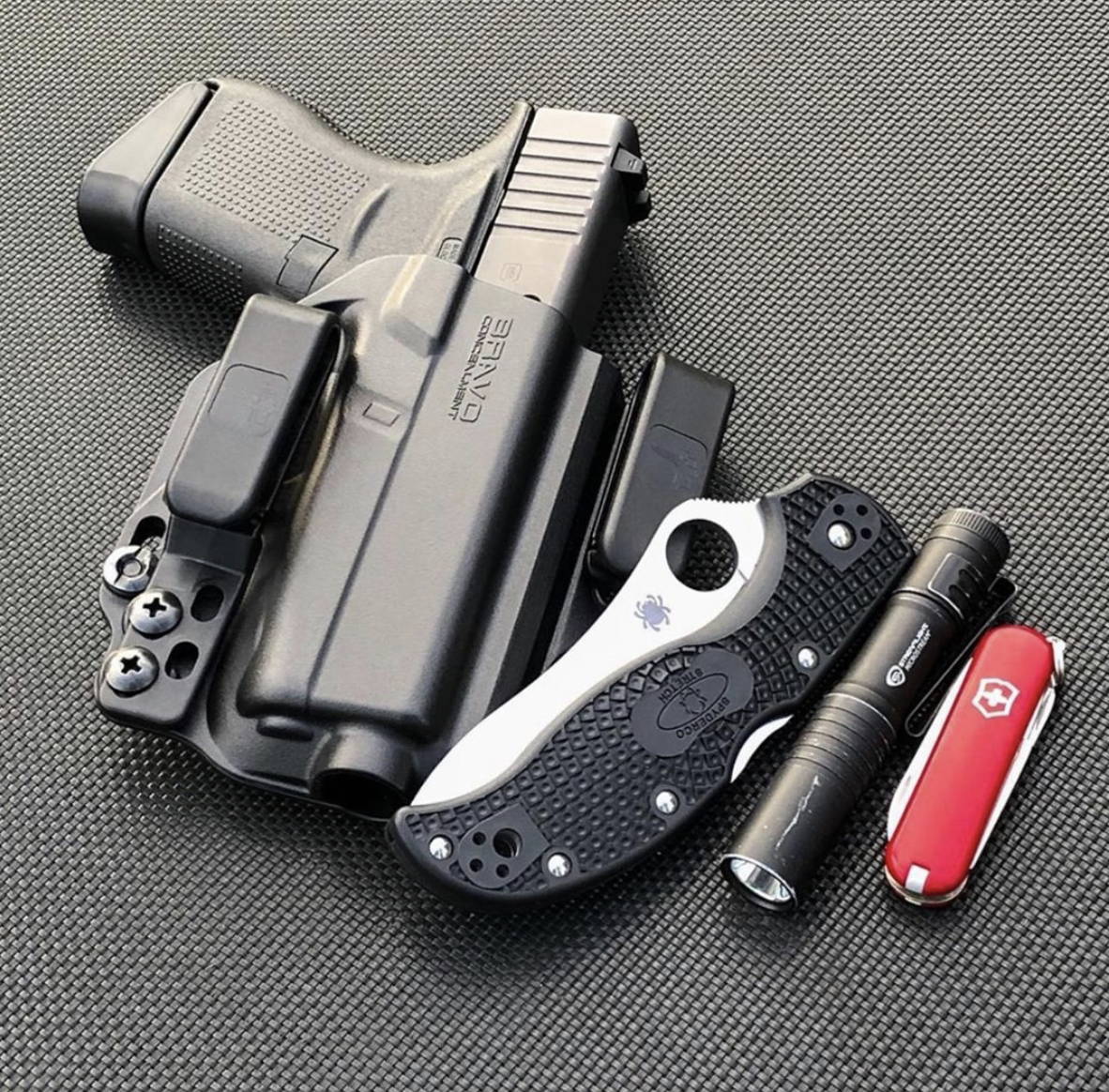 The important thing to note about these tips for drawing and re-holstering your gun safely is that they apply no matter how you carry your gun. Thoughtful, sensible gun ownership practices make gun carrying safer, not the position in which you carry your sidearm.

If the advantages of appendix carry appeal to you, give it a try. Just make sure to use the right gun, the right holster, and get the right training. These practical steps of responsible gun ownership will serve you well, no matter how you carry your gun.