OFF To the Range — What Should I Wear? 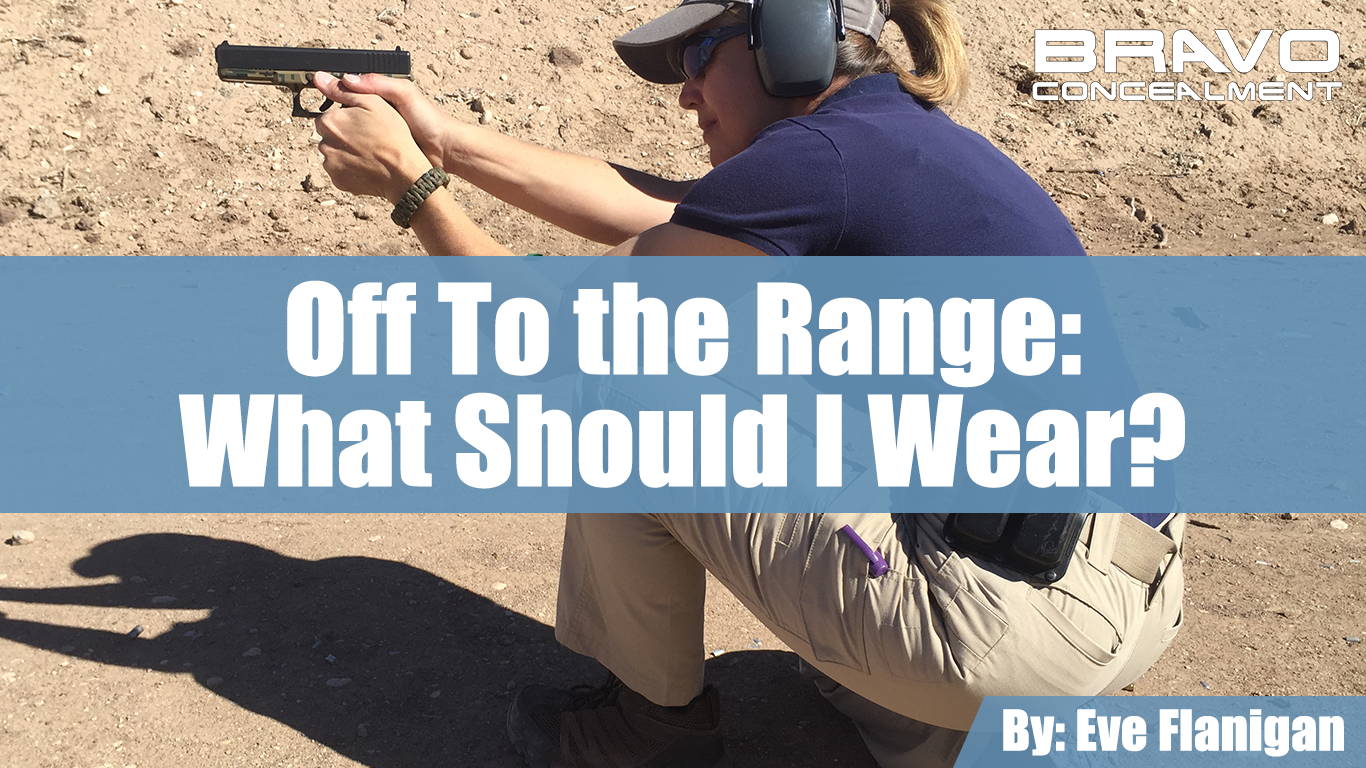 There are millions of new gun owners in the United States right now. And most of them will be hitting the range for the very first time. This article aims to give you some tips on how to prepare for your range-day outing so you can have a safe and fun time. 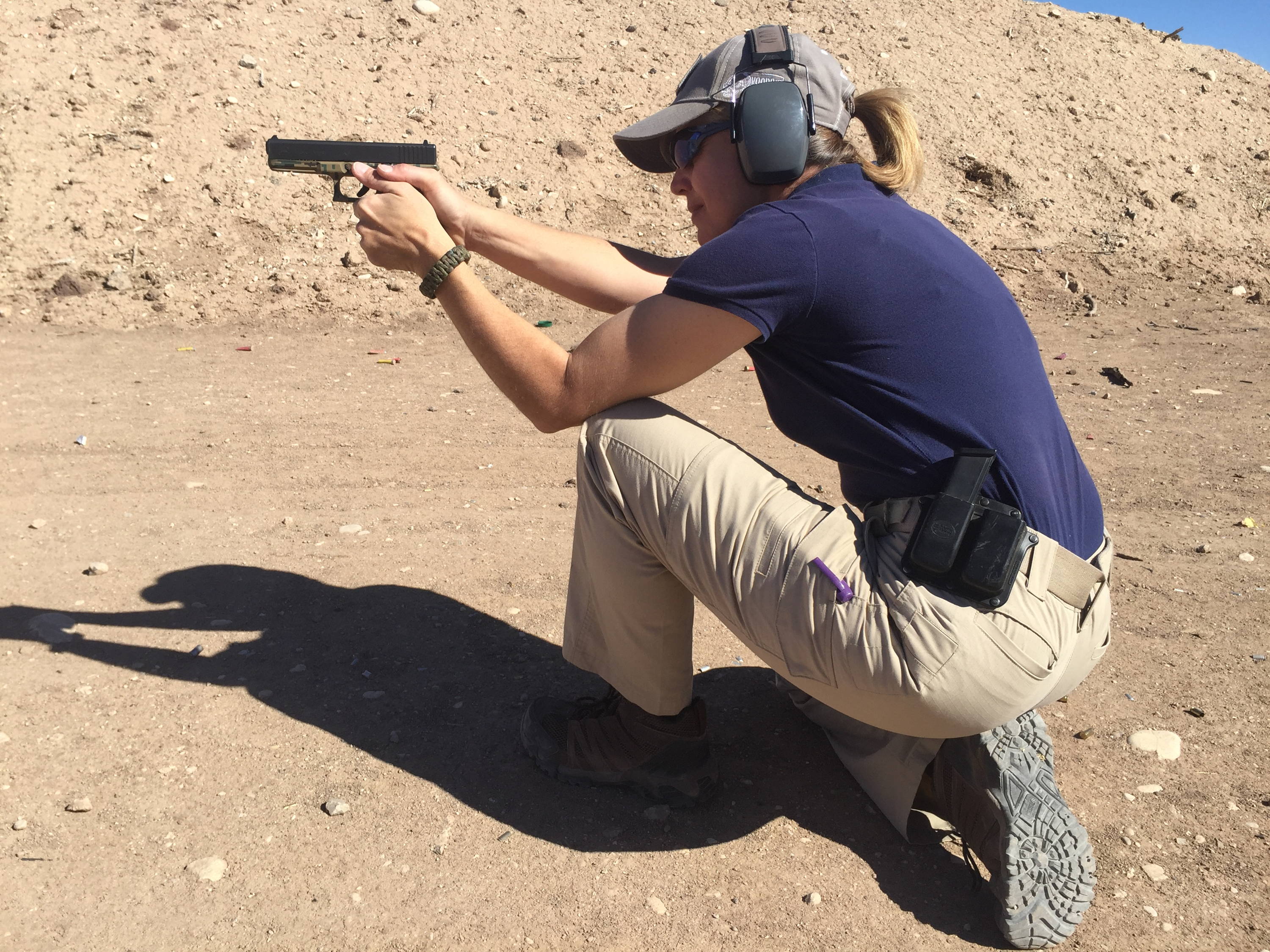 You’ll need protection for your eyes and ears. Roll-up foam earplugs are most economical and also have the highest protection rating of any product out there, but only if you insert them correctly. Follow the package directions if you’re not familiar with this simple process.

Ear muffs are a good option, too. Especially if you’re taking a lesson, it can be beneficial to have “ear pro” that amplifies voices but blocks out high-decibel sounds. I have a couple pair of Walker’s electronic muffs. My favorites are the Xcel 100, which allow me to dial in the amplification for specific types of shooting. Ear protection can cost anywhere from $2, for a set of disposable “foamies,” to a bit over $100 for electronic muffs.

A word about ear muffs: they’re not likely to seal around the ear properly and can be painful if you have earrings on. So leave the earrings at home, or plan on stowing them for the duration of your range visit if you’re wearing muffs.

Eye protection is a must. Regular sunglasses or prescription lenses will generally do for most shooting. However, if you’re firing at steel targets, ANSI-rated safety glasses are always recommended. There is no better shooting eyewear on the market than SSP Eyewear. The company offers a wide selection of changeable lenses for various light conditions, so one set of glasses can cover you for dim-light, distance, misty, bright, or really any lighting scenario. They arrive in a nice carrier so you can keep the lens set organized, clean, and ready. They have many choices, but my personal favorite is the Methow Kit. ($149.99). I wear these glasses for pretty much all my outdoor activities. On a budget? No worries; your local hardware store likely carries economical safety glasses. Be aware though, that for shooting at distance, especially through a scope, these kind of lenses can cause distortion. 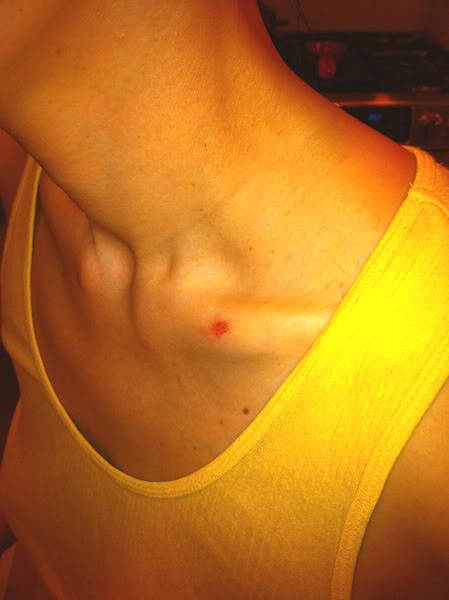 The following suggestions will be perceived by some as controversial because they place safety before fashion. They’re included because I’ve seen enough injuries and other nearly-injurious situations to give them a seat at the range prep table. 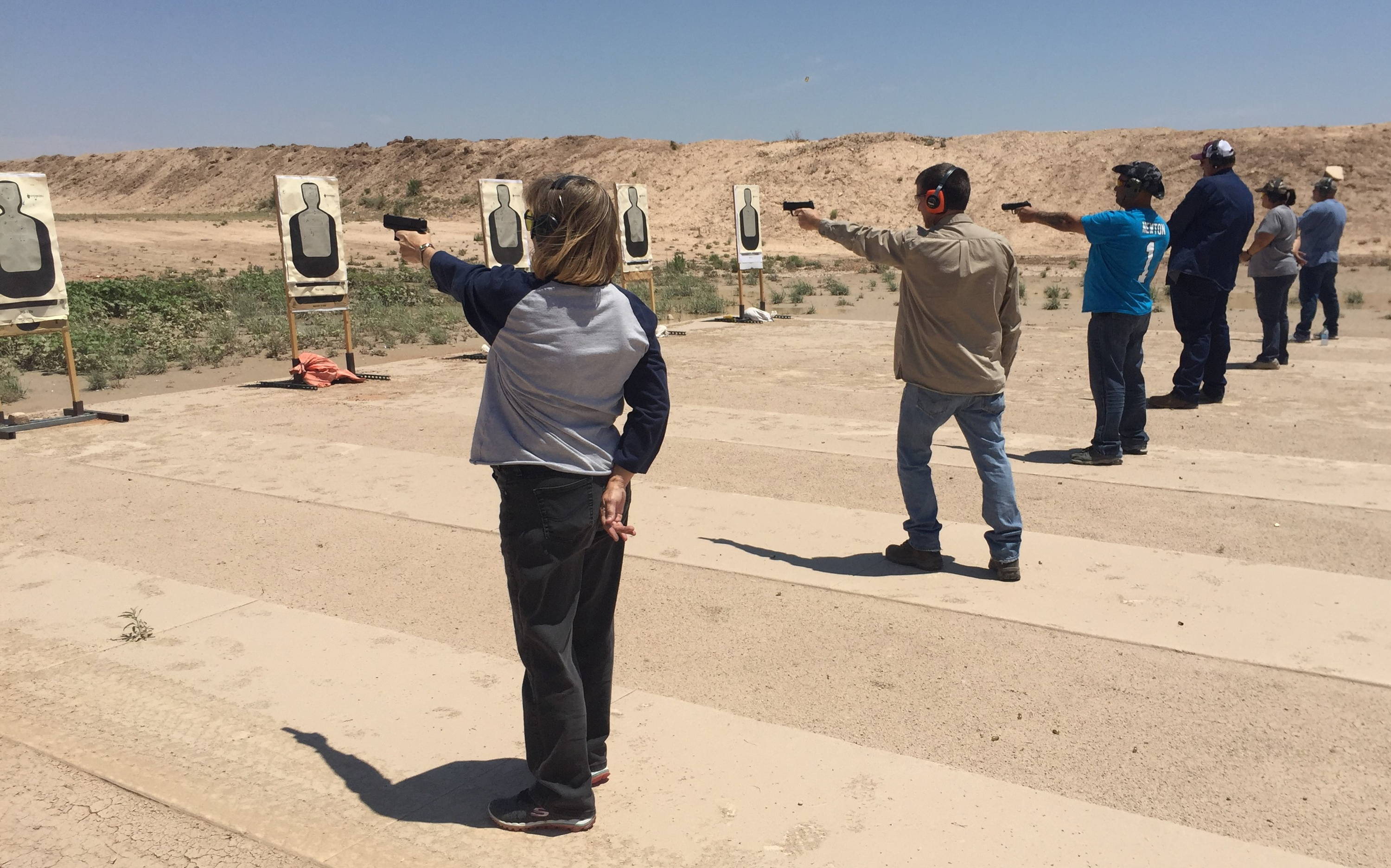 There’s no shortage of ads in gun magazines showing women shooting in tank tops—and there are a handful of pros who also like to show some skin at the range. But be aware that any low or gapped neckline provides a veritable invitation for your neighbor’s hot brass to find a home in your shirt! Severe safety risks can ensue if you’re not accustomed to being “branded” with brass. This can also happen at indoor ranges from your very own gun if brass bounces off the divider wall in your shooting stall. Wear clothing that doesn’t invite brass burns—even if it’s over the tank top, which you’re free to strip down to later. 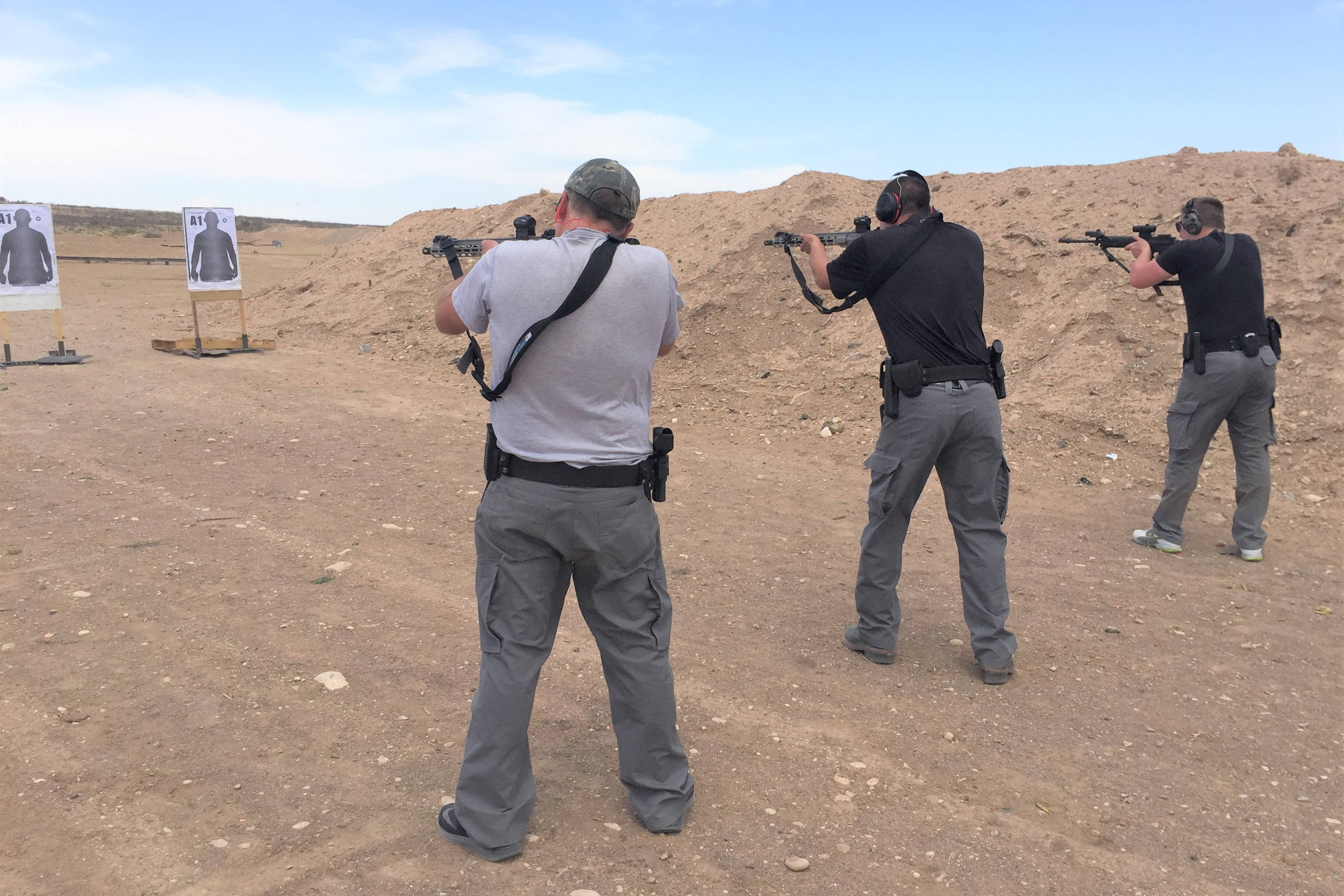 For the same reason, a brimmed hat is a good idea while shooting. Flying brass from a neighbor to the left often finds a landing spot inside the glasses frame of the shooter to the right. Simply prevent this by wearing a brimmed hat. When you feel brass bounce harmlessly off it, you’ll be pleased that you made the right choice.

While brass burns are the primary concern, a brimmed hat also protects the face and head from sunburn. This past summer, a student who attended a three-hour class, not wearing a hat, caught up with me on the range five days later. His bald head was covered in blisters and broken, burned skin. “I’ll never come out here without a hat again,” he volunteered. Defensive shooting wasn’t the only thing he learned that day!

Closed-toe footwear is a good idea as well. Not only to prevent brass burns, but to minimize exposure to microscopic toxins that settle to the floor/ground at busy ranges, and to protect you from whatever else may be present in more natural settings. At one concealed carry class, a student showed up in those slip-on Crocs, the rubber sandals with holes all over. As she was firing, an angry bee landed in her Croc and started stinging repeatedly. To say the least, this woman presented a safety risk until my partner managed to get her loaded gun away from her as she flailed about. Just cover your feet with sturdy shoes, please.

Occasionally there is the shooter who shows up to class in shorts.  While shorts can be comfy in hot weather, any gravel dents or ant bites are going to be unpleasant if the day’s activities include the kneeling or prone positions. Loose-fitting jeans or similar pants allow flexibility to move around while offering some abrasion protection. Generously-sized pockets are very handy for storing magazines or speed loaders. Of course, skin protection may not be a concern for people on indoor ranges; allow common sense to be your guide.

This is just a start on suggestions for gear that’s good to have at the range. But follow these guidelines, and you’ll be set to have a good experience in which your attire doesn’t interfere or endanger you.