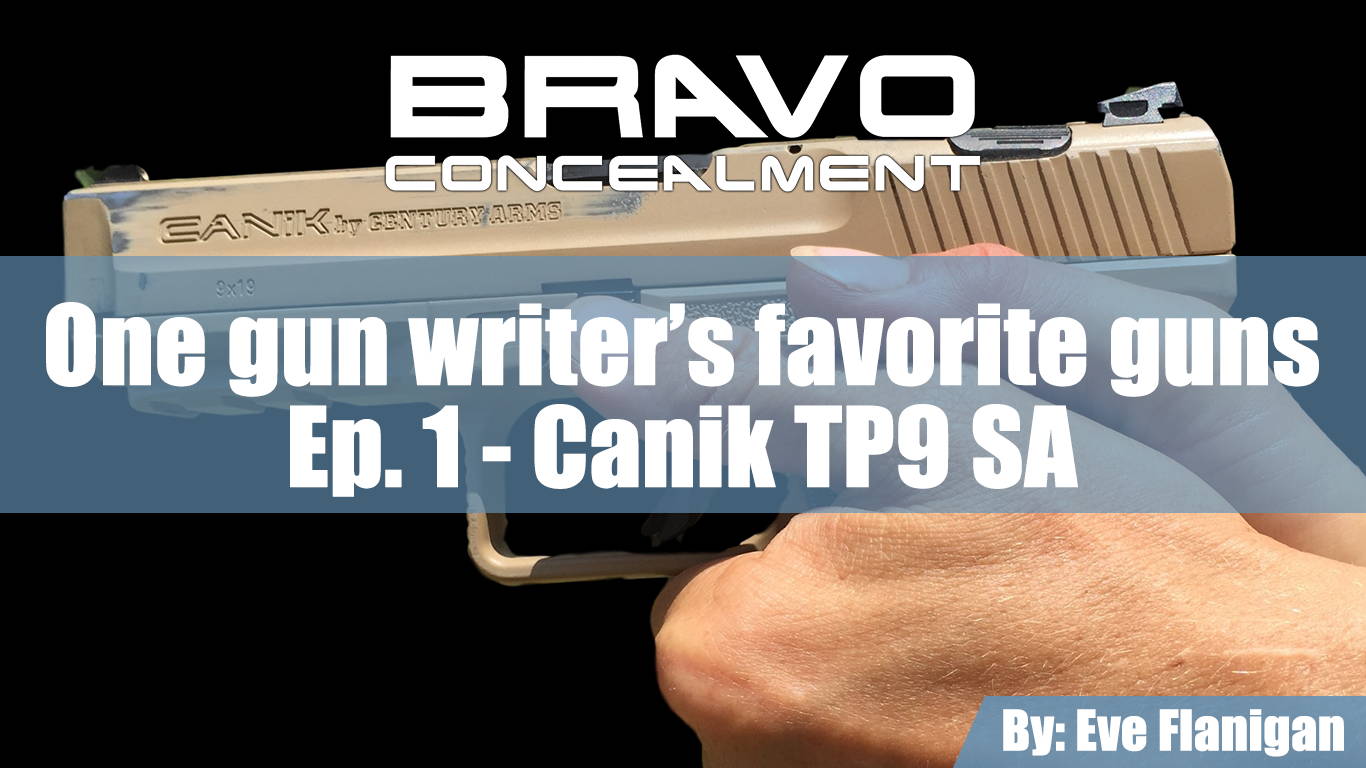 Turkey, admittedly not a dear ally of the United States, has a long history of manufacturing rugged, battle-ready rifles and pistols. As an aficionado of simple, light, striker-fired pistols, the typical steel, double/single action Turkish handgun never garnered much interest from me in terms of my personal collection. I have had the chance to test a few older Caniks and the new TriStar C100. All were solid performers, just not my type.

Fast forward to the era of striker-fired handguns, and Canik first released the TP9 SA, a 9mm that’s sold with two 18-round metal magazines. The SA designation signified “single action,” a term that could be argued as an ill fit for a semi with an internal firing mechanism. As a seeming last-ditch effort to hold onto their old DA/SA ways, the pistol came with a decocker of sorts—a pushbutton on the top of the slide, located behind the ejection port, that deactivates the striker. This is indicated by the disappearance of the gun’s red ready-striker indicator on the slide’s posterior. The advertised purpose of this useless feature is the ability to disengage the striker without pressing the trigger before disassembly. My philosophy is that if a person can’t trust themselves to unload the gun before cleaning it, they should reconsider owning firearms.

When Canik re-engineered the SA to create the current version, called SA Mod.2, the decocker was modified to be located on the left side of the slide, whereas before it could be pressed on either side. Since most people are right-handed, this nearly eliminates the risk of deadening the striker unintentionally. It’s a small risk indeed, but for right-handed people carrying this pistol for duty or self-protection, it’s nice to know the striker can’t be messed with by seatbelts or other objects in the environment. 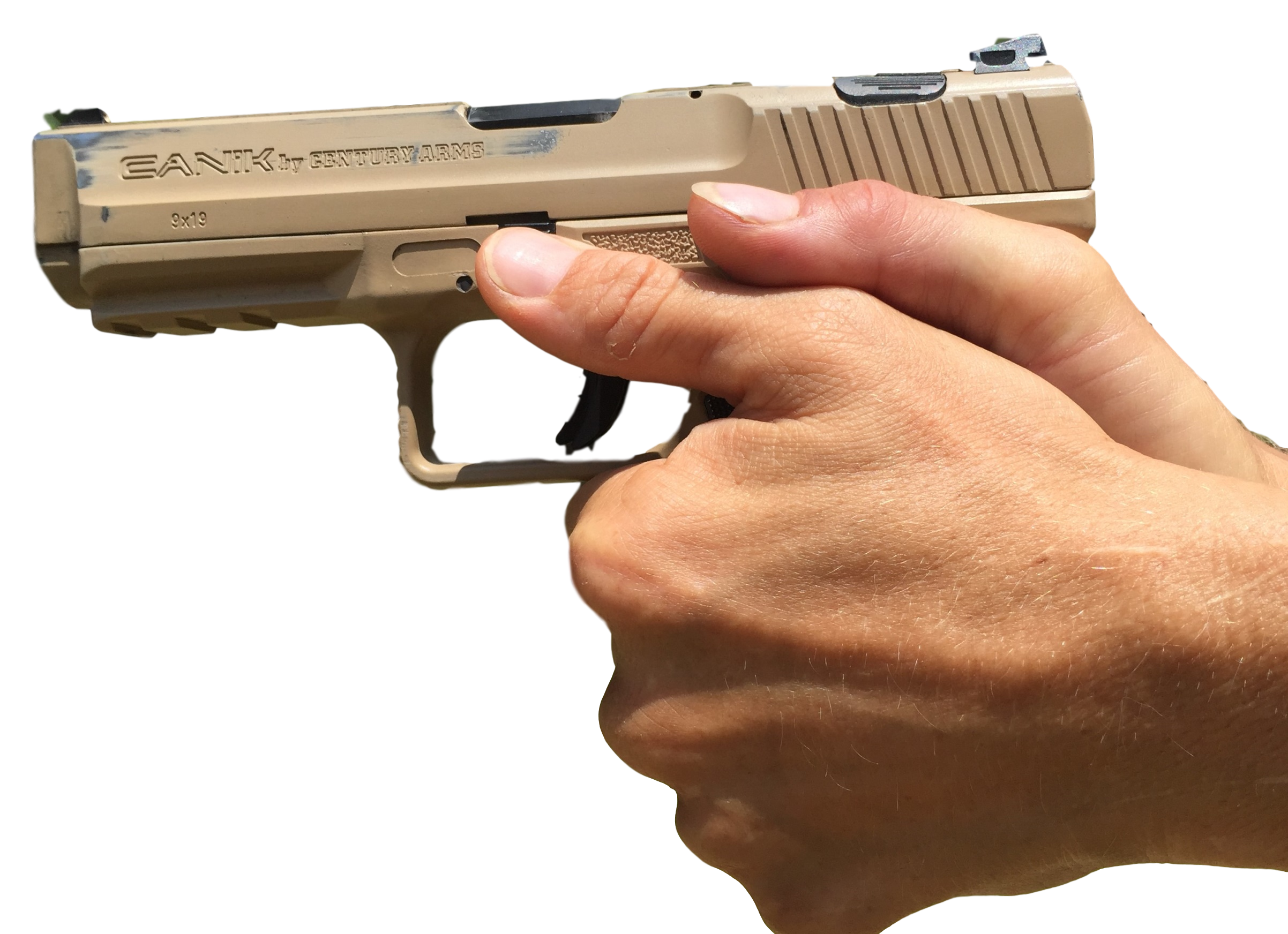 SAs are available in desert tan or black. The finish on the tan guns, especially the first-generation ones, is highly vulnerable to holster wear. People scoff at my old SA because much of the slide’s natural steel color is shining through. They stop mocking when they see the gun at work.

Every gun in the TP9 series has a barrel that’s better than the cost would imply, and trigger operation that I feel is unparalleled in the stock striker-fired market. Canik has gotten rid of the intuitive three-dots-with-a-rear-hashmark sights on the old SA, which unfortunately aren’t interchangeable with anything else that can easily be ordered. In the Mod.2 version, the company went with a combination of Glock and Smith & Wesson-compatible sights with a driftable front sight slot to replace the old pinned one. 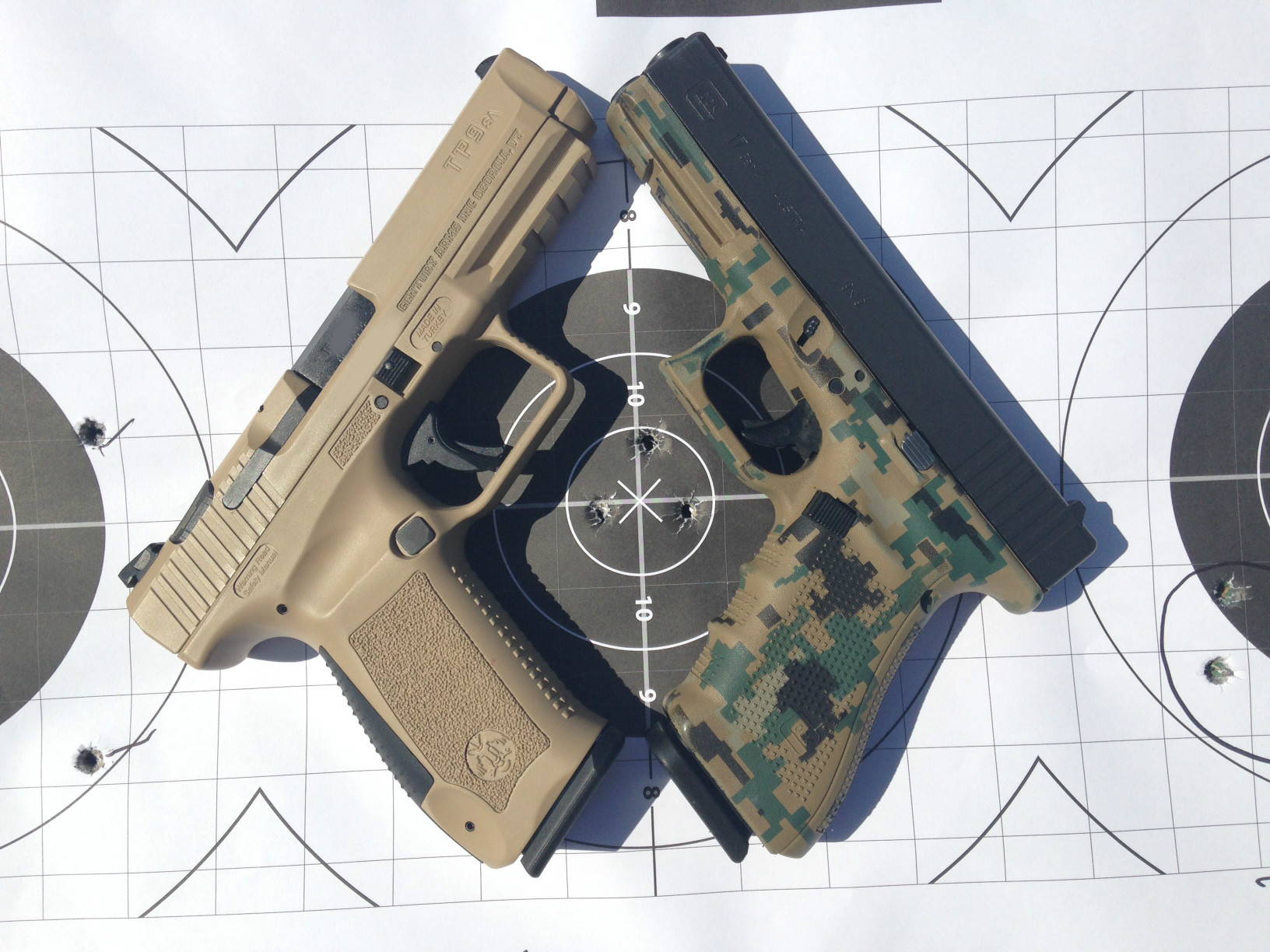 Two choices of backstrap size make any TP9 a bit customizable. I have found that this gun fits a majority of shooters. A low bore axis, the short distance from the trigger to the backstrap, and extended but not bulky slide lock make this a full-size gun that’s easily managed by just about anyone. It’s one of the few that allows me to perform a faster emergency reloads as the slide lock is within the natural reach of my thumb. It’s also never failed to lock open when the gun runs dry.

The trigger is said to have a 5-6 pound pull, according to advertising. Mine has consistently been in the high threes- or low fours- in terms of pound weight required. The pull is smooth and free of the grainy or stodgy feel some stock triggers have. The “wall” when against the sear is definite and there’s no feeling of roll between the wall and break. There is minimal travel back to the crisp reset after firing.

Those hooked on the idea of getting custom stippling on their TP9, even the Mod.2, should note that Canik’s finishes are easily marred by abrasion and heat, and perhaps should choose another brand. Chance Donahoe, master of grip texturing and founder/owner of Donahoe Dynamics, says the TP9 series are the most difficult polymer pistols to work with.

Another slight downside of the Canik brand is the difficulty in communicating with its US distributor, Century Arms. Surly on the phone and cryptic by email, it was with trepidation that I sent my favorite pistol off for some repairs after wearing out some aspect of the trigger assembly. Specifics are long forgotten, however a gunsmith confirmed the flaw that came to light somewhere after 10,000 rounds on my gun was soon remedied at the factory level, even in original SA models. I was prepared for a long wait, which is what I was told to expect. But within a week, the gun had been shipped back to me, not only fully repaired but also having had a better cleaning than is possible with field stripping. It took all the sting out of my memory of Century Arms’ customer service. 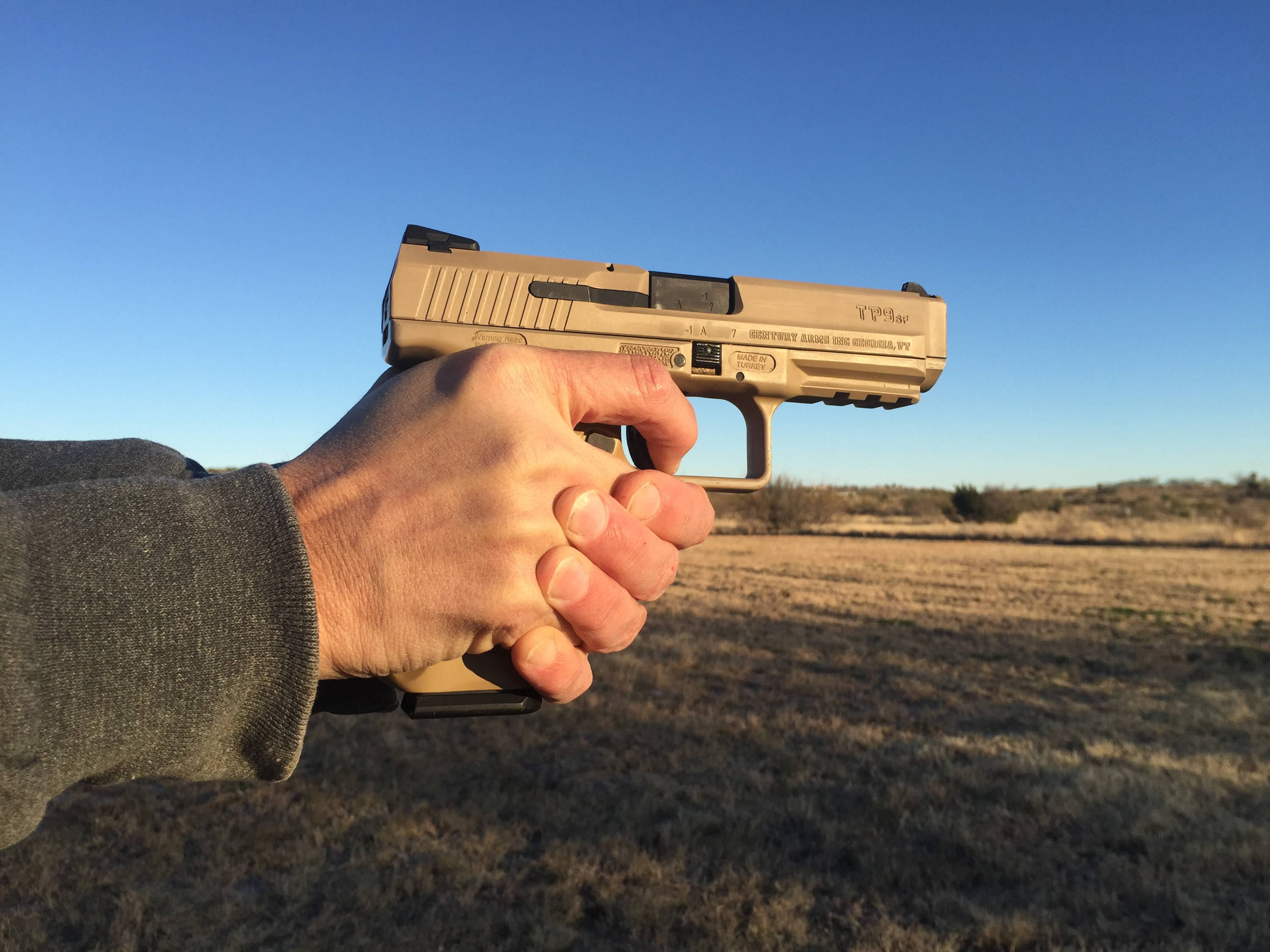 I purchased my TP9 SA new for $349—paying a $20 premium for desert tan. For my money I got the best trigger and best barrel in my collection of polymer-lower stock pistols. At least I suppose it’s the barrel that helped me shoot a 91 on the venerable Humbler drill, AKA 700 Aggregate. It’s the only passing score I’ve attained on that drill; a pistol that cost twice as much unfortunately turned in a far lower score. With the TP9 SA, I have confidence that the gun will operate both reliably and that, as distance increases, it will be a star in the accuracy department. With about 40,000 rounds now through my SA, I can say without hesitation this gun has delivered the best return on my investment of any firearm I’ve owned.

Tired of hearing about Caniks? I hope not. Reviews of the SF and Elite Combat could show up here too. If you followed the link to the factory website and find the .40 S&W model appealing, you’ll need to shop abroad. Only the 9mm is available in the United States. 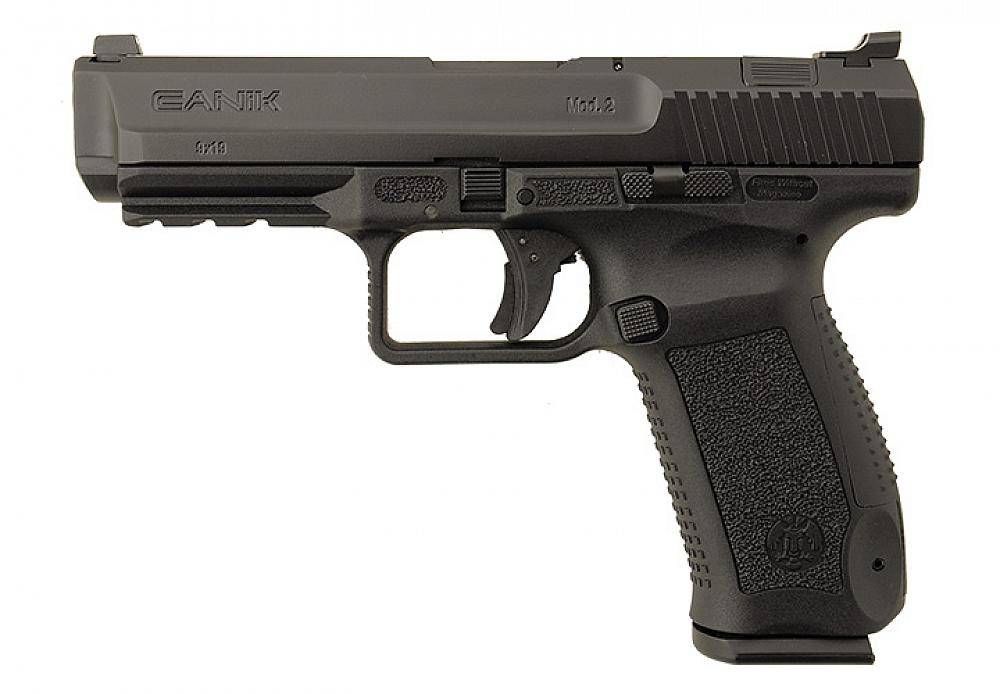 Here are the specs of the Canike TP9 SA Mod.2: