Should You Close One Eye to Shoot a Handgun? Whether to keep both eyes open or not while firing a handgun is a topic of some debate in the defensive handgun training community. I’ll address that here, with the working assumption that it’s more likely a person will do in the heat of the moment what they do in training, but with less accurate shooting and probably less fluidity considering the dynamics of real events versus a controlled range environment.

The two camps of thought are: 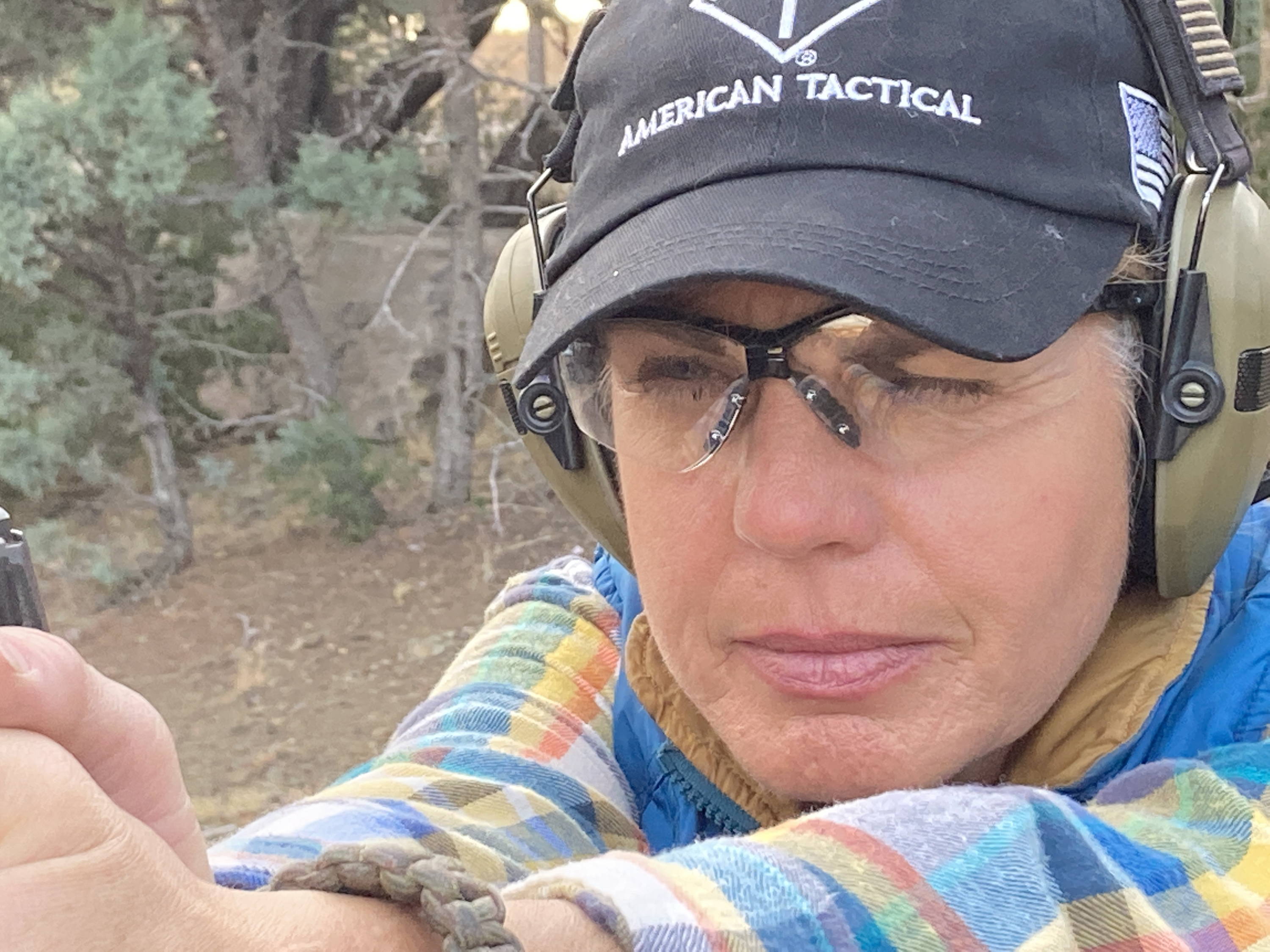 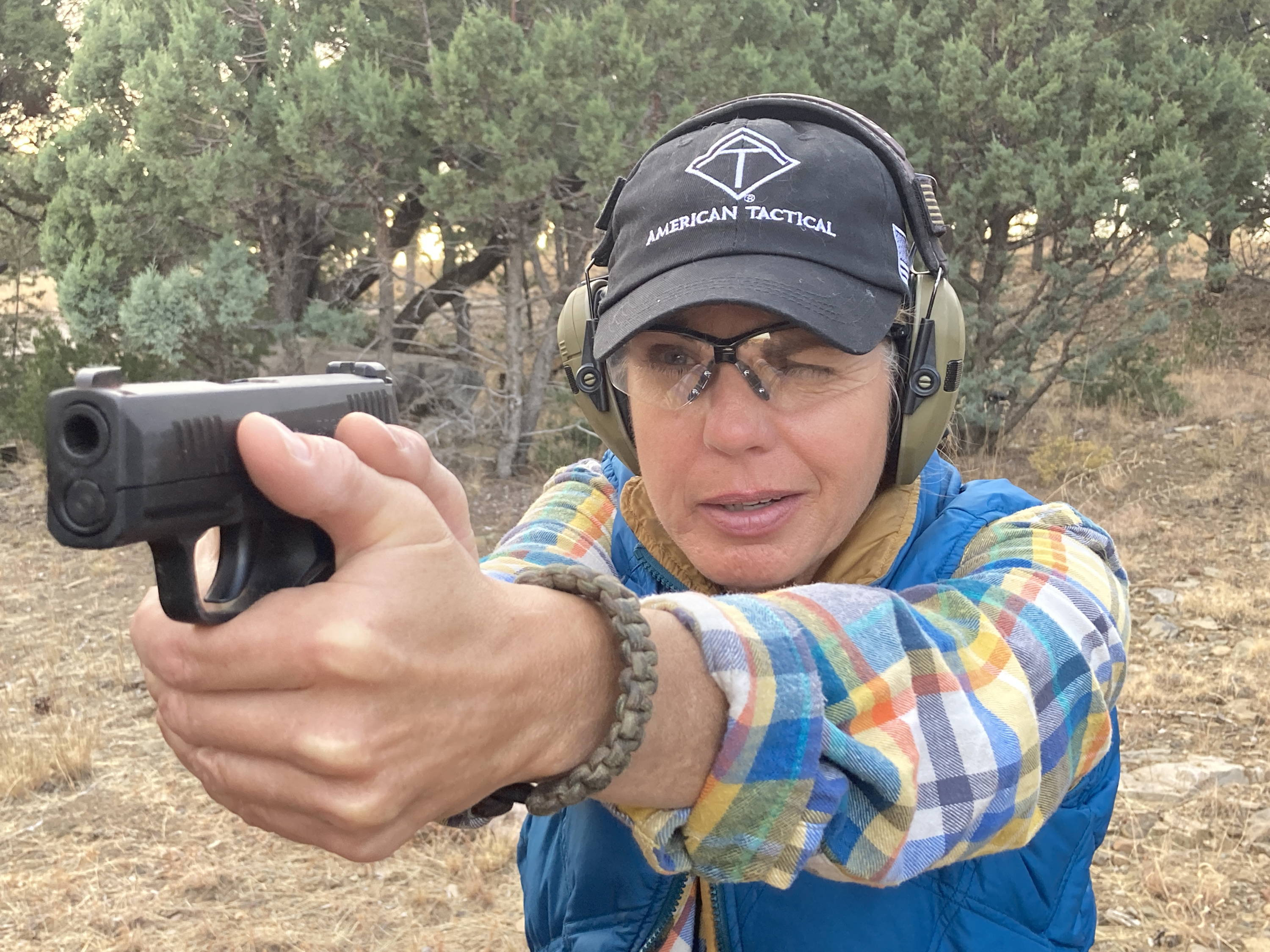 It is our cultural tendency to label things as good or bad; all-or-nothing. Here I’ll propose that it’s okay to experiment with and use both open- and closed-eye strategies dependent upon your stage of development as a shooter, distance from the target, and the situation in general. And maybe a little tactical myth-busting is in order, too.

Shooting with both eyes open is, for the experienced shooter, often faster and more intuitive. Especially for shooters who’ve sorted out when distance or skill demands that they must intentionally use the rear sight, versus only needing to focus on the front sight (or red dot sight), versus being able to simply point and shoot while not focusing on the sights, closing an eye and using the sights consumes a fraction of a second that can be shaved off for the accomplished shooter.

The “but you sacrifice peripheral vision” advice against closing an eye doesn’t carry much weight with me. Using the sights at all requires some degree of intentional tunnel vision, if only for a moment. It’s physically impossible to maintain peripheral vision and a solid focus on sight alignment/sight picture simultaneously.

If you’re comfortable keeping both eyes open at 10 yards and closer on torso-size targets, don’t bother closing an eye. Beyond that distance or when aiming at small target zones, most people benefit from putting a squint on their non-dominant eye. That applies to both traditional and red dot sight users.

As distances increase and/or targets get smaller, it’s advisable to experiment with both open versus one-eyed shooting enough that you begin to know when it’s time to close an eye, even if you’re accustomed to shooting with both eyes open. Time is of the essence for both competitors and defenders. At some point, for many accomplished shooters it’s around that 25-yard mark, the time spent acquiring sight picture begins to increase the time required to fire a shot. This is something that had not occurred to me until having taken a class with professional shooter and former Seal Team 6 member Kyle Defoor, who’s known for impressively fast and accurate groups at distance using iron sights. If squinting one eye at 25 yards is good enough for him, safe to say it’s worth a try for you and me. Doing this has shaved a little time off my 25-yard shots.

Sometimes it’s simply advisable to close one eye when shooting at closer distances, even if keeping both eyes open is your usual habit. Fatigue, excessive caffeine in the system, extreme wind, dust, or smoke in the area, or not wearing the corrective lenses your eyes are accustomed to are all reasons it may suddenly make sense to squint or close the non-dominant eye. Vision anomalies are common due to genetics and age, and some people who once shot with both eyes open find benefit in one-eyed shooting as their vision begins to change

Another time when one-eyed shooting may be beneficial is when shooting around cover or concealment. The tactical consideration here is to make as much of yourself as possible invisible to the assailant(s). Regardless of which eye is dominant, it’s advisable to use the eye that’s on the same side of the shoulder that’s exposed around cover. Most people find it beneficial or even necessary to close the behind-cover eye, especially if it’s also their dominant eye. This accomplishes the potentially life-preserving task of keeping more of the skull out of the assailant’s view.

I hope this article has encouraged you to experiment with closing an eye versus keeping both open at various distances. The dominant eye discussion is a related thing we’ve touched on here; at some point perhaps that’ll be addressed in a dedicated article. With practice and possibly with age or ocular changes, your eye use habit can change over time. The important thing is that you know your best method via practice at various distances, so it’ll be there for you when time and accuracy really count.