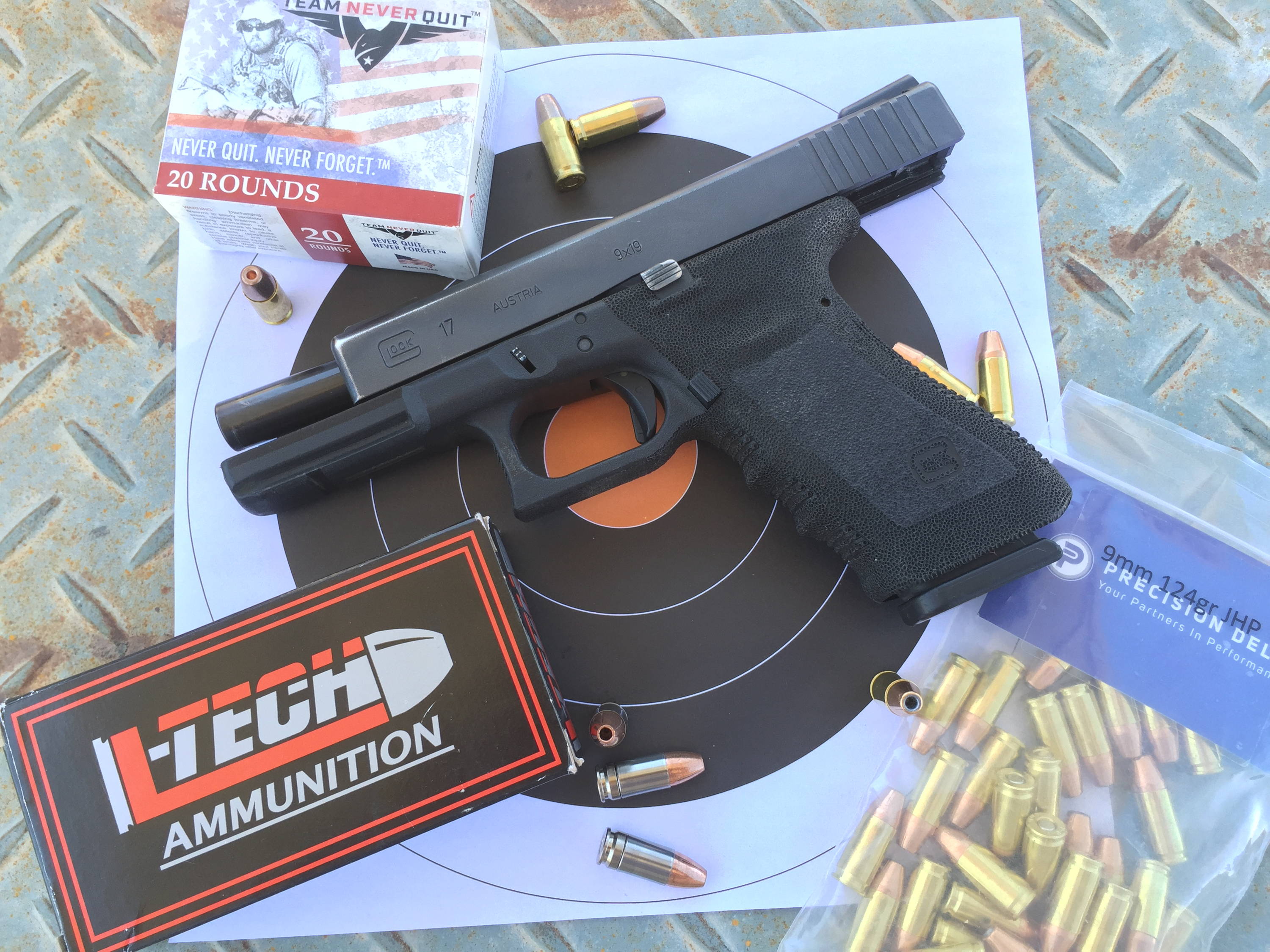 Most handgun practice is done at a distance of 10 yards or less. And when practicing for self-protection, there are good reasons for that, mostly because proximity to a threat generally minimizes options for escape. So, as tactical or defensive shooters, why even practice at greater distances? Here are some reasons that are meaningful to me:

Fundamentals Check. Good shooting is based in application of the seven fundamentals. Those seven are stance, grip, sight alignment, sight picture, breathing, trigger control, and follow through. Firing accurately at distance, and being able to repeat that accuracy, is a great check of where you are with the fundamentals, especially for advanced shooters.

Real-World Application. In a situation where a threat, such as someone armed and intent on mass murder, is present, I’d sure rather have my carbine with me. But chances are, even for uniformed officers, the handgun will be the first to go into the fray. Might as well not have that situation be the first time I’ve had to fire at 50 yards or maybe even more! Those who hunt with a handgun give themselves a great challenge that can be rewarded with protein.

Confidence. One thing is for sure:  after shooting well at, say, 25 or 50 yards many times in succession, targets that are closer seem very easy. The relative difficulty that distance creates likewise lends relative ease when a shooter returns to more common distances. 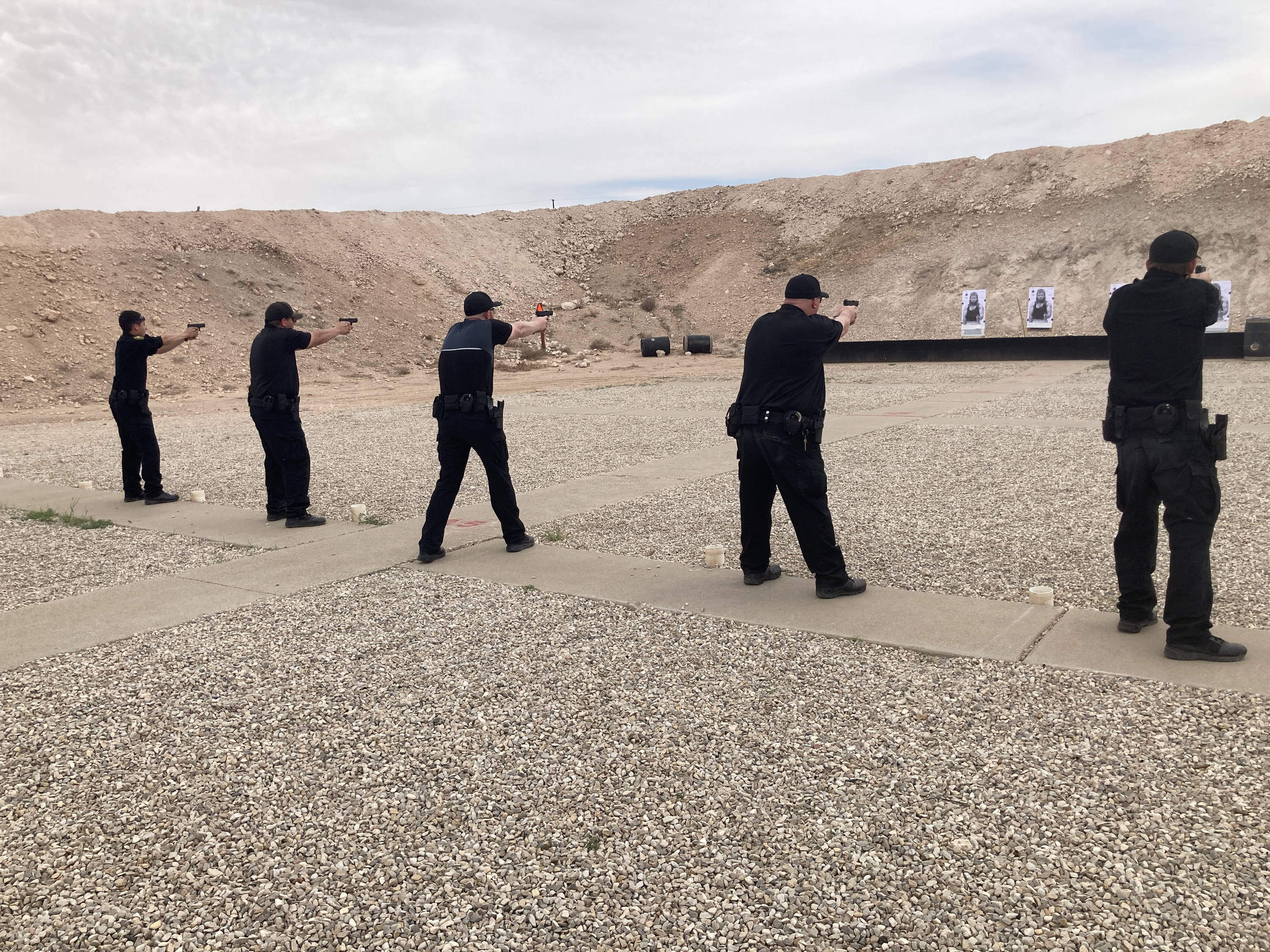 Career. If you’re thinking about a career in law enforcement, corrections, private security, and some military specialties, it’s likely you’ll have to pass a shooting proficiency test that includes being torso-size accurate at 25 to 50 yards, under a time constraint. It’s likely the job will require you to repeat that feat on a quarterly to annual basis.

Fun. There is great enjoyment and satisfaction in pinging targets at long distances. Don’t rob yourself of the gift of fun by never straying far from the target!

Knowing My Sights/Optic and Ammo. There are things I’ve learned from my own and students’ experiences with precision shooting at distance that would never have revealed themselves at closer distances. For example, one Glock shooter has a significantly easier time making a passing score on the exercise at the end of this article when he uses a certain brand of foreign-made, steel cased ammunition. It’s an unlikely but potentially important discovery he made by putting lots of rounds downrange at distance.

Target choice. If you’re new to shooting, “distance” might be 15 yards (or meters for you Euro types). If you’re well-established, stretch your limits to 25-50 yards on a regular basis, using a target no larger than 12x18 inches, though a smaller bullseye or steel plate will offer an even greater challenge. “Aim small, miss small” is a well-known shooters’ slogan for good reason. If you can consistently hit an eight-inch target at 25 yards, your defensive accuracy is likely to be both effective and legally defensible.

Sight alignment. In defensive shooting, once basic iron sight alignment skills are in place, it’s easy to forget the rear sight even exists. But in distance shooting, it matters. Look for equal height of the rear and front sight, and equal daylight on each side of the front sight—credit to former SEAL Jeff Gonzales for the “equal height; equal light” mnemonic. 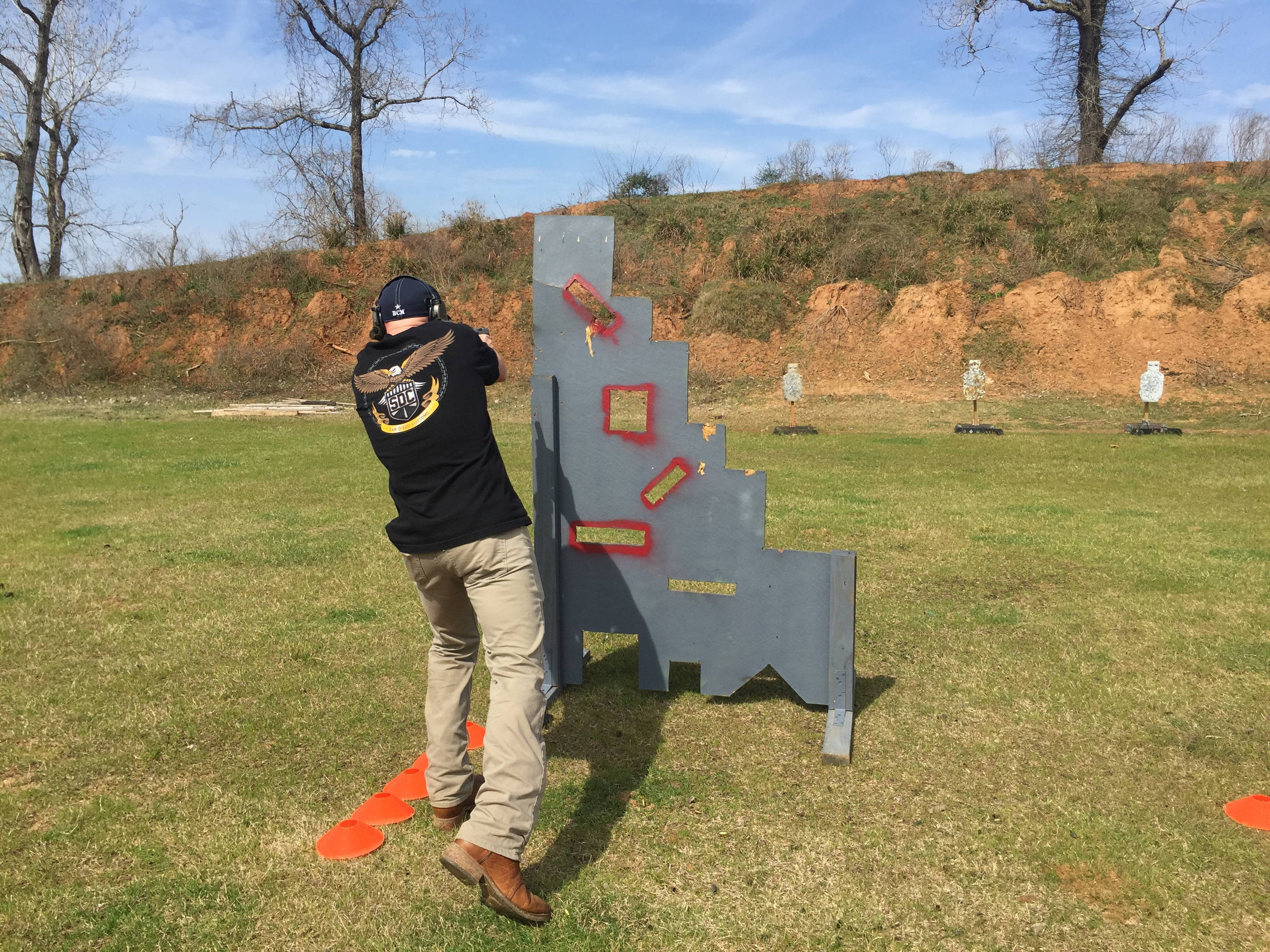 Sight picture. It can take more time to establish and maintain sight picture at distance with both eyes open, especially if you’re feeling the effects of caffeine, stress, sleep loss, and the like. When I heard former SEAL Team 6 member and standout marksman Kyle Defoor say he squints his non-dominant eye when shooting at 25 yards and farther, I knew it would be fine for the likes of me. Closing one eye for distance shooting has reduced my time between draw and first shot by simplifying my eye/brain/trigger finger circuit. I have written here before about the value of focusing on the front sight after sight picture is established. Yes, the rear sight and correct superimposition of the sights on the target are essential. But when the slack’s been taken out of the trigger and the shot is about to break, it is essential to focus on the front sight—or red dot if so equipped. Focusing on the target will result in a random and widespread shot “group” on target; often as big as 36 inches for people who make the error of focusing on the target at 25 yards.

Know Your Zero. If your target is very small and your iron sights are average height, you’ll likely need to perform a six-o’clock (center bottom) hold to hit, say, a four-inch steel plate at 25 yards. This hold makes room for the arc of the bullet in flight, something that’s not normally a consideration at closer distances. With a red dot or holographic sight, you’ll need to know your “zero” distance, and perhaps hold accordingly at longer distances.

Kill the Flinch. All of the above advice is given assuming you have good technique with the other shooting fundamentals, particularly trigger control.  A recent article on this blog addresses this common error. It’s a waste of ammo to shoot at distance before any recoil anticipation/flinching errors are remedied.

Read the Target. Your target tells a story. Shots going low? It’s likely you’ve developed a flinch. Shots not in a group but scattered randomly is a sign of focusing on the target instead of the front sight. Groups falling to the left or right may signal a grip issue, often the undesirable tightening of fingers of the trigger hand and/or a lazy support hand. This could also signal the need for changing placement of the finger on the trigger. Learn to read targets. Like tracking game, there are a typical set of usual signs that point to the source.

Try New Stances. I have seen some people make peace with 25- and 50-yard targets over a nice 30-minute session in rollover prone position. Braced or double-knee kneeling positions can likewise offer some stability, albeit not quite as solid as Planet Earth. Or take a seated position at a table and rest the gun on a shooting bag (which can be as simple as a couple old gym socks filled with dry beans and tied or sewn shut, if you’re on a budget or a long way from the sporting goods store).

Now Try This. The 700 Point Aggregate, AKA “The Humbler,” is a well-known precision drill. Legend has it it’s the pass-or-fail drill used by Delta Force. Whether that’s true or not, it’s a great gauge of skill for any pistol shooter, and great scores are attainable with time, patience, and inexpensive ammunition—though I suggest using the same grain weight in the same gun for the entire drill. Shooting an 80% (560 points) or more on The Humbler is a good standard for the average marksman. Scoring 90% (630 points) or better is to be considered highly proficient. To do this drill, you’ll need an NRA B8 target, a Sharpie to mark holes and keep score for every five- or ten-round string of fire and at least three repair centers or whole-target replacements as the round count climbs to 70. I look forward to reading your reports on how it went!