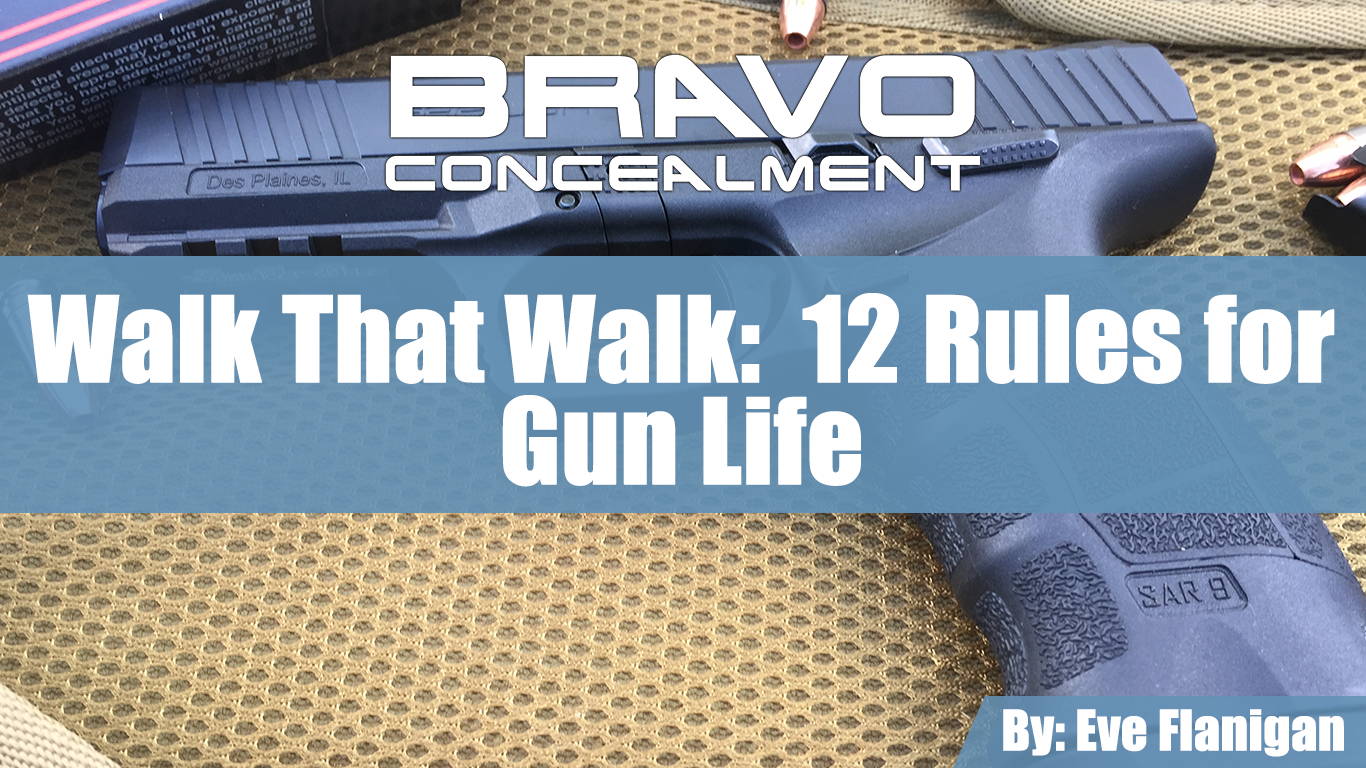 Canadian psychologist Jordan Peterson is quite well-known for his stance on political correctness. He’s popular among some who are finding their way in taking charge of their own physical security for often elucidating the importance of being skilled at violence while choosing to be peaceful. There’s an obvious connection to concealed carry, even though that’s likely not what Dr. Peterson had in mind since that sort of thing is frowned upon in Canada.

“People spend a lot of time focused on their rights,” says Peterson. But he points out that rights don’t exist in a vacuum. In his expository version of the old saying “with rights come responsibilities,” Peterson says, “rights are in place to give you the ability to discharge your responsibilities to society.”

That statement led me to wonder if there could be 12 Rules for Gun Owners—a riff off of Peterson’s book 12 Rules for Life. I took the liberty to make one up for gun-owning, liberty-loving people. Here, as I see them, are 12 rules any wise gun owner will abide as he or she walks the path of a good and gun-owning citizen.

If you’re new to gun ownership and feeling unconfident about handling your gun, learn the Four Rules of Firearm Safety (easily found on the web). Get a good instructor and learn how to apply the rules when a firearm is in your hand. Learn how to safely store your guns and ammunition when they’re not in hand. And practice.

If you’re an old hand, YOU are really the person for whom I wrote this rule. Most unintended discharges happen as a result of thinking the rules don’t apply to your experienced self. Just use the rules, ‘kay? 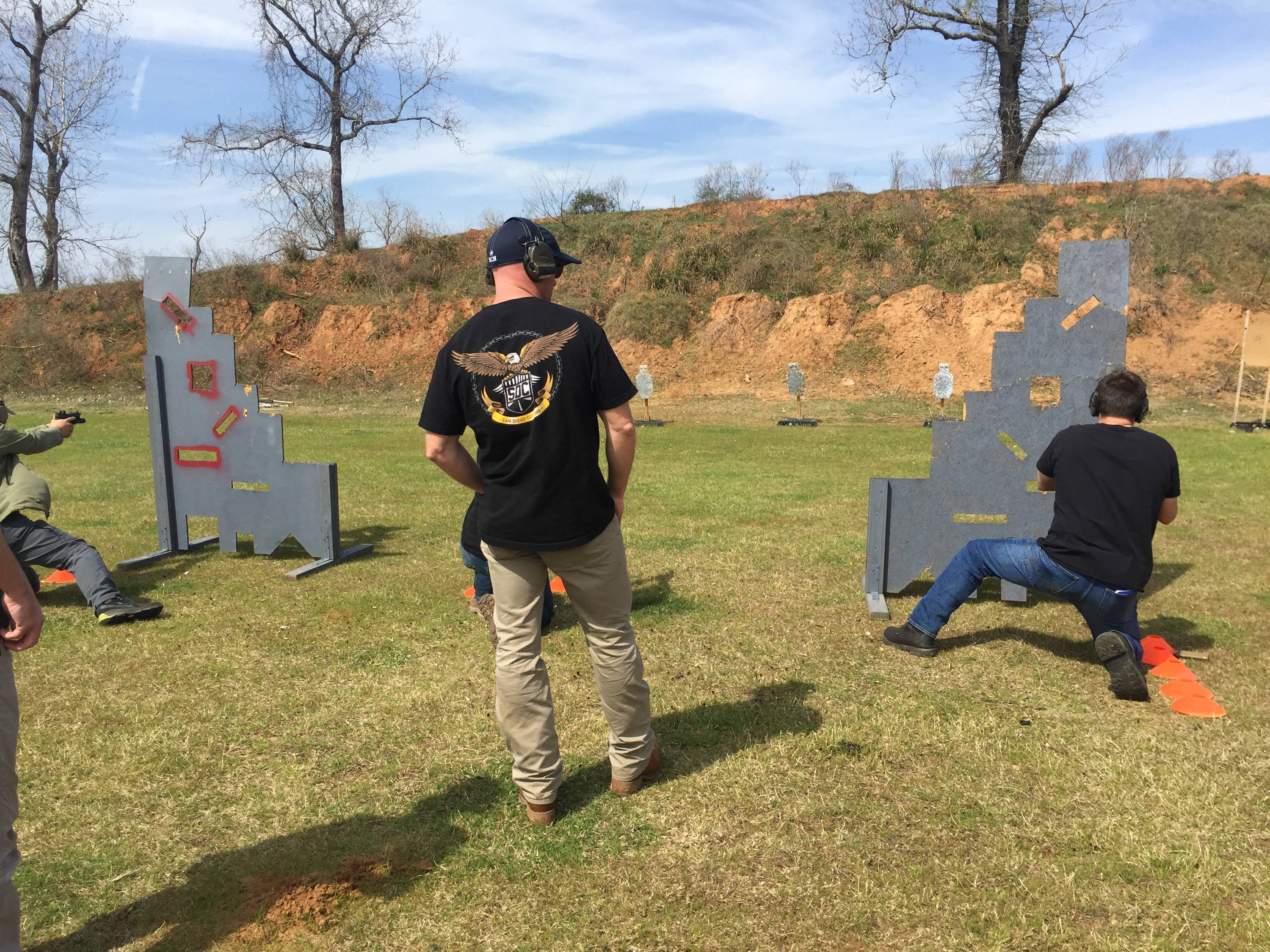 If you have a gun for self-protection or hunting, it’s a moral responsibility to know if you can hit the average target you’ll face. For concealed carriers, a 12x18-inch target at seven yards maximum sounds easy—but plenty of people miss that when firing under stressful conditions. That is a minimal accuracy standard to consider before arming oneself outside the home. But there is never a guarantee our target will be that large, that close, or that stationary. Know your marksmanship limits and train to overcome them.

Proficient gun handling has won many a gunfight. Marksmanship is easy for most people to attain. But efficient malfunction clearances, reloads, one-handed shooting, shooting in the dark, and so on---these are things that must be mastered with quality reps. Most people, criminals included, neglect to develop this part of gun ownership. Don’t be most people.

Neglect to change oil in your car, and sooner or later you’ll be walking. Gun and ammo neglect have similar, but even more grave, risks. There is no excuse for not having the equipment, skills, and taking time once in a while to maintain the life-saving tool you carry on your body. Sure, there are some places that’ll clean your gun for a fee, but there’s no reason not to know the cleaning procedure for your own gun in case that service isn’t available at an important time.

The gun you own should work reliably, fit you well, and be enjoyable to shoot (so you’ll practice more). The holster, extra magazines, and any other gear you choose should be selected on the basis of reliable and smooth function. If something doesn’t work, fix it or replace it with something that does. Equipment can make the difference between winning and losing a gunfight, or that shot that can make you a trophy winner or food provider. If necessary, save up for equipment that really works rather than settling. Not all great equipment is expensive—for example, Bravo Concealment gun holsters cost less than fifty bucks. But some is.

Willing and trustworthy mentors are available to everyone. Even though that relationship may be partially or completely long-distance depending on your location, there are competent people in pretty much every community who can support training, gunsmithing, or development of other skills useful when walking the path of a useful, strong citizen. Your mentor list should have some gun people on it. It may also have a pastor or spiritual guide, a martial arts instructor, and will definitely include at least one person who overcame tough odds and is now living proof that there can be productive life after trauma.

As Peterson references, true power lies in having the ability to be dangerous and choosing not to. Most conflicts are NOYB—you know what that stands for, right? Avoid confrontations whenever possible. Resolve them peacefully whenever possible. This includes conflicts with both strangers and the most intimate connections you have. Thanks to the US vs. Hayes case precedent, in some jurisdictions all it takes is a simple accusation in front of the right judge to legally cease your legal gun/ammo possession. Be peaceful unless there is no other choice.

Of course those who commit crimes are responsible for them. In most cases, being the target of crime is preventable. Use good judgment in the way you carry yourself, the personal information that you share publicly, the habits of locking doors and avoiding high-risk locations and situations, whenever possible. These actions alone reduce, and in most cases eliminate, the chance of being targeted for violence. But if you are forced into necessary self-defense, fight to win! Winning can include a hasty escape, by the way. Winning may well include the use of less-than-deadly force measures—which are your responsibility to have in your skills/equipment toolbox. Decide right now that you’ll be mentally healthy after that encounter, no matter what others say about you. When you only fight as a last resort, the peace of mind that comes later is the best ointment for a bruised mind and heart.

If you also have that song stuck in your head now, my apologies. But you get the point, right? Children and teens are going to be exposed to firearms one way or another, thanks to mass media and the world outside home. Make sure the kids in your life develop a respect for what guns can do, and an understanding that it’s best to stop, don’t touch, leave the area, and tell an adult anytime a gun shows up in their life without a responsible adult’s supervision. Whether your kids learn to operate your guns or not is up to you. Just don’t assume they’re safe if you avoid the issue entirely. National Shooting Sports Foundation’s Project Child Safe has great resources.

Ohhhhh, my fellow concealed carriers! Most of you fall way behind in this department. As has been described elsewhere on this blog as well as in many other publications, if you’re serious about protecting life, it only makes sense to be serious about saving a life by stopping severe blood loss. In the mass casualty event, it’s the regular people who act to stop blood loss, not EMS, who save lives. This training is widely available today. Get the training and carry the equipment—it doesn’t take much effort.

Peterson’s earliest obsession in the field of psychology was genocide. It is from seeking to understand how humans can willingly, even jovially, wreak torture and death upon their own species that his forthright statements about being dangerous but peaceful were born. Too many nice people with guns neglect the responsibility to learn to identify and describe pre-attack indictors or other risk factors. Knowing and properly reacting to early warning signs may not only save your life, they may save your butt legally if you’re forced to use violence to escape violence. Make the study of human behavior a hobby. You’ve got nothing to lose, and it can be fun sometimes.

Even in so-called gun-friendly states, there are constant and pernicious efforts to re-interpret the Second Amendment and restrict or even outlaw the natural right of self-defense. That Second Amendment exists thanks to great sacrifices of people who understood its purpose. That gift is under constant attack. To enjoy guns while ignoring the normal duty of a citizen to speak up for those rights is to be part of the problem. Be part of the solution that passes the torch of freedom to the next generation.

That’s my take on Peterson’s Rules as a gun-owning citizen. Is there a rule you’d add? Do you have a story of applying one or more of these rules in your own life? Let us know in the comments.

As I write this, Peterson just announced a new book with yet another set of 12 rules. Who knows, maybe we’ll make a whole new list after checking it out. Light Up Your EDC with the Right Torch

There aren't many handheld lights out there that fit EDC needs perfectly, but those that do are worth their weight in gold. Discover the features that separate the mediocre handheld torches from the truly exceptional ones. The Gen5 is a unique handgun because it allows you to adjust the mag catch from one side to the other. That is great news if you are finding yourself struggling to run your Glock. Check out this video by Abner Miranda to learn more about the versatile mag catch and how to make it work for you. Lately I’ve been testing two products that have leveled up my experience at the range, and since any other shooter needs some version of these too, I thought I’d share my positive experiences.