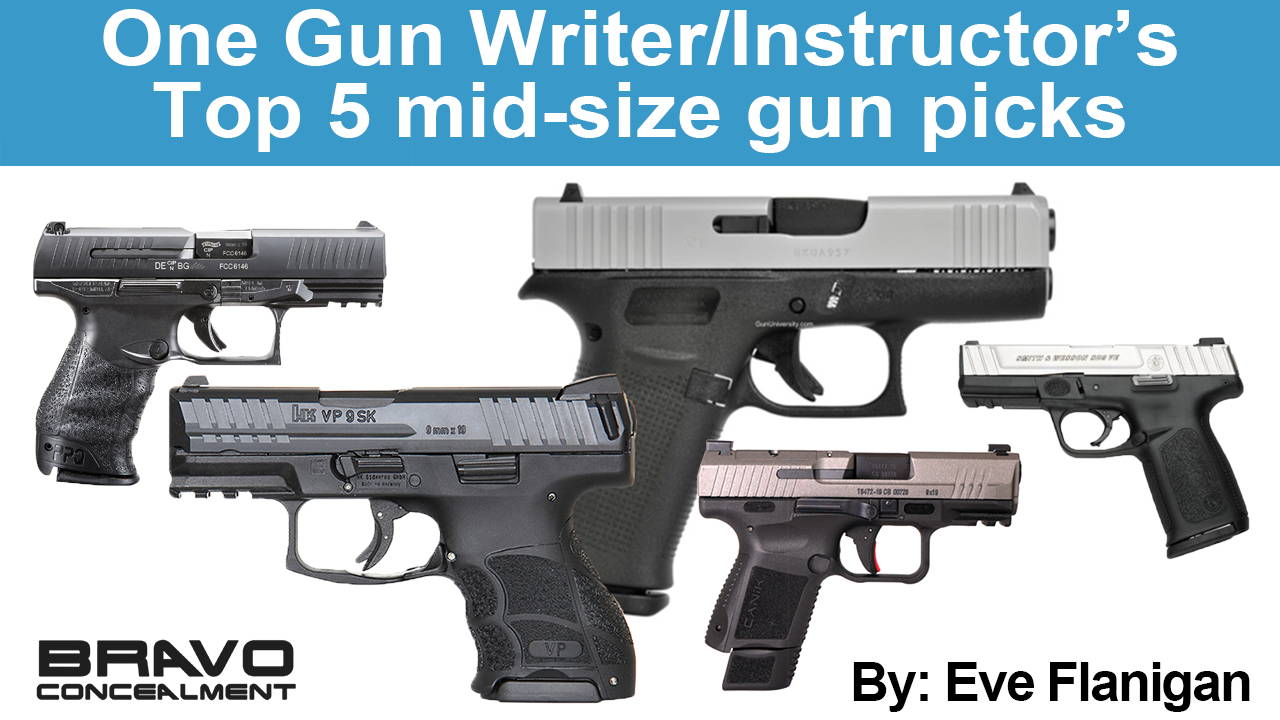 My last contribution to the Bravo Concealment blog discussed my top picks for concealment guns. In this article, the guns have gotten a little bigger.

Some people conceal the guns named here just fine, anytime. Others may find them only concealable under scrubs or a sizable over-garment. I’m fond of them because they’re at least somewhat concealable but can also be used for extended range practice. Most are descendants of a full-size product and thus are compatible with their makers’ larger-capacity magazines. They all have controls with full-size proportions yet, because their frame sizes are small, those controls are always within reach for my medium-size hands.

Nothing wrong with hammer-fired guns; I own a few and love a couple more. But as a practitioner of defensive shooting and everyday carry, less complications and less weight are important, in that order, where counterattacks are concerned. The previous article explains this in more detail.

And of course, there’s nothing wrong with larger calibers—I own and have carried those too. But where ballistic performance, capacity, and cost intersect, nothing beats 9mm Luger at this point in history. There are many great choices in other calibers, of course. This is simply a list of faves---biased, yes, but rooted in experience.

As noted in the earlier article, manufacturer names to describe gun size are arbitrary, so I’ve taken the same liberty here in calling these guns “mid-size” or “compact.” To me, that means they have a four-inch or shorter barrel and could be concealed with some effort. Each gun maker has its own lingo about where the break-off is between compact, subcompact, micro, and so on. It’s up to you to figure out those definitions for the brands you like.

With all that out of the way, here are my top five mid-size handguns. 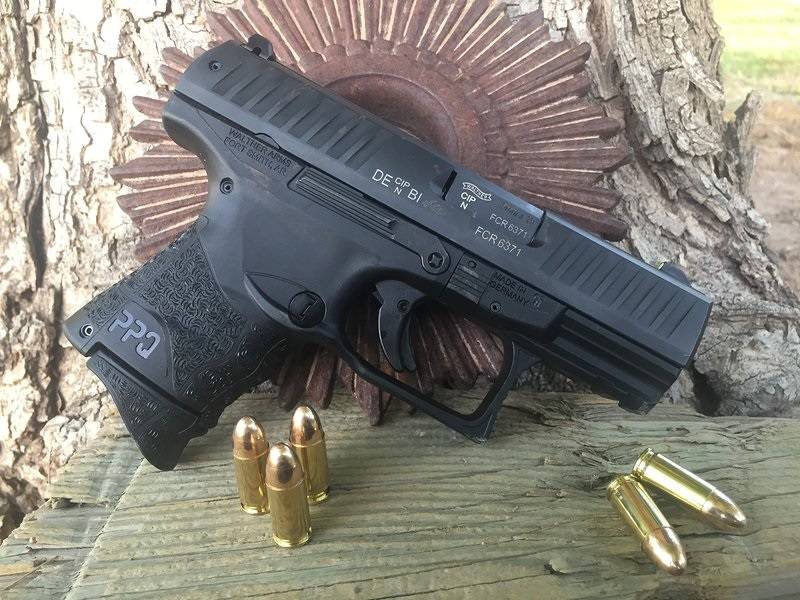 Okay, so “subcompact” is right in the name, but I’ve allocated this little chunk of awesomeness to the compact category because it’s massively versatile and, well, chunky, at 1.3 inches. It makes for remarkably good handling.

You can have it your way with this gun. Left-handed or right, the controls are well within reach. Adjustable side panels and back-straps make the grip customizable. A range of options are available, including night sights and a manual safety. And the full-size PPQ mags also fit this little gun, though you may not need them as it ships with two 10-round mags as well as one 15-rounder---making the mid-$600 market price a pretty good value. 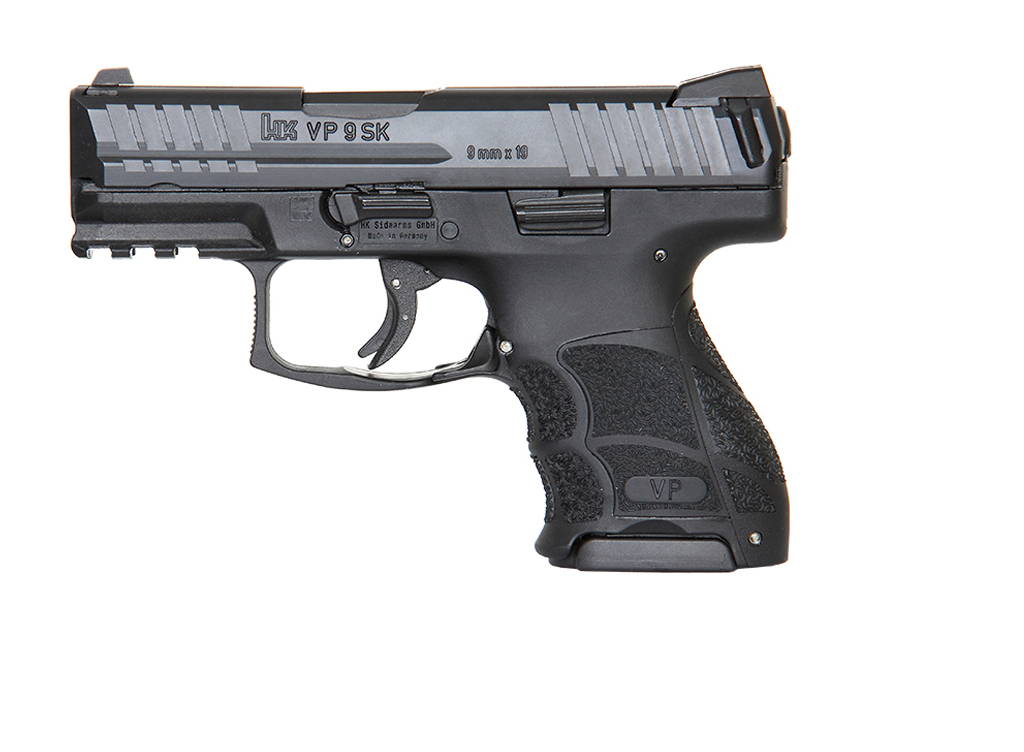 This scaled-down version of the VP9, featured previously on the Bravo Concealment blog, is just like the VP9, with a shorter barrel and magazine. In truth, it’s also a near-clone of the Walther on this list, so it’s only fair to include it. The SK’s profile and features are a near-mirror image. Unlike Walther, today’s VP9 line is made in America, however, Georgia to be specific.

As with many models here, the SK ships with both a flat-bottomed and a pinky support 10-round magazine. Mags that hold 13 and 15 are available for it as well. Every SK comes with phosphorescent sights, and there are a few factory color choices available. While it’s a near dead-heat to compare the VP9 SK and Walther PPQ SC, I have a preference for the HK because a wider array of gun holsters are available for it, and it’s around $50 less to purchase, on average. 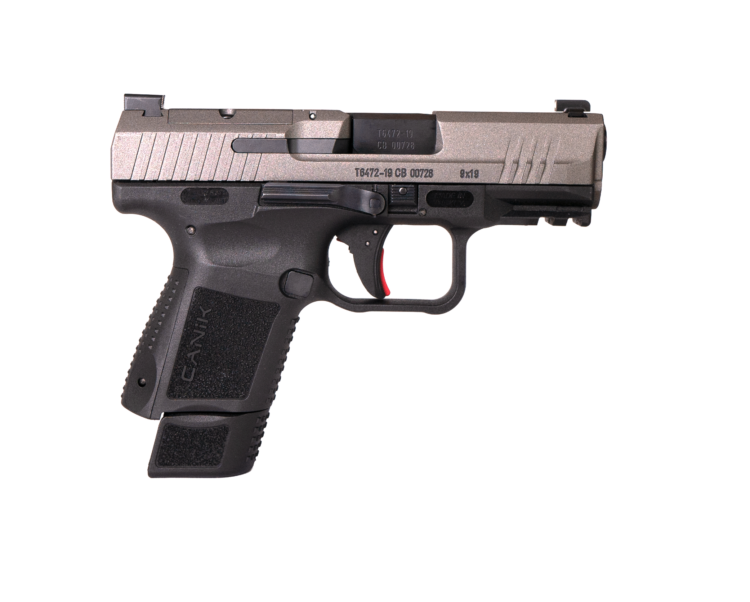 Regulars at the Bravo Concealment blog know my love for the Canik TP9 series. So far the only subcompact in the line is the Elite SC. As expected, the company delivers major value for the price. In addition to ambi controls, a smaller profile, choice of two back-straps, and larger capacity (12 and 15 rounds per included magazine), the SC ships with a simple but practical holster than can be used inside- or outside-waistband, as well as a phosphorous front sight.

Those are cool, but almost expected features. But then Canik went the extra mile in offering the SC already milled for three major brands of red dot sight, with room for rear sight co-witness. It’s a looker too, with a tungsten-finish slide that’s handsome but subtle and dark enough for concealment. All this in a gun that sells for less than $400 stock, or mid-$500s with a factory-installed red dot. 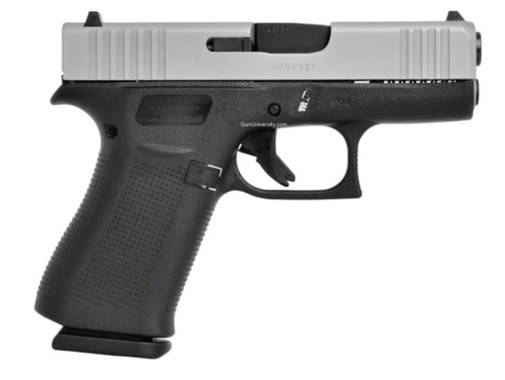 Oh, Glock, you’re no that creative, are you? But you are ridiculously reliable, and aftermarket upgrades are so plentiful, that we may as well give a shout-out to your 43X, the slim 10+1 version of the 43 named in the previous article. Glock chose a big footprint to get 10 rounds into the magazine, and some will find that hard to conceal while others praise its 1.1-inch width.

This gun makes a great complement for off-duty or concealed carry for the many people  who carry a Glock at work, though they might feel the 43X feels more like a sports car while their pre-Gen 5 duty gun handles more like a Ford Crown Victoria. Ambi controls and an improved trigger make the 43X a standout among most other guns of the brand. Expect to pay in the mid-$500 range to take one home. 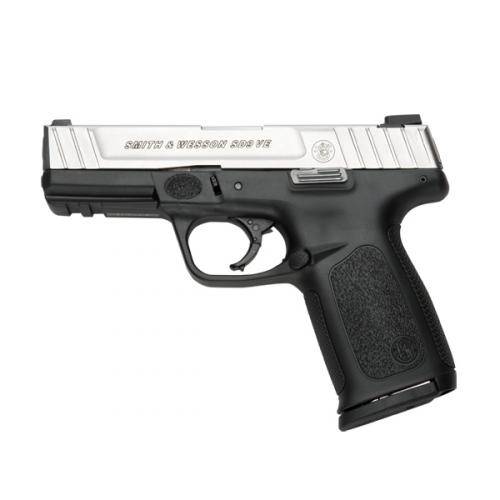 This one’s a bit of a throwback to Smith & Wesson’s early striker-fired era. It fills a size gap between their Shield, which I find to be rough and stiff to handle, and the M2.0, slightly bigger than the choices for this article. I am happy when a shooter shows up to the range with an SD VE in 9mm or .40 SW, because I know it’s going to cycle like a champ. It’s also the highest-capacity gun on this list. Smith & Wesson managed to stuff 16 rounds in a relatively small magazine to make a concealment gun that I know a couple people are very pleased to have carried and used for years.

This gun is a fantastic beginner pistol. It has a good trigger with sufficient travel to let the user really feel what s/he is doing, whereas the triggers on the first three guns here might be described as match-style and sometimes more difficult for learning the basics. The SDVE is an economical and handsome choice, though its features are limited in comparison to the others here. Smith & Wesson now offers Hi-Viz sights, a few color options, as well as laser/light choices from the factory. The SDVE a little workhorse that’s earned my respect and deserves more attention than it gets. Get one in your hands for $350, tops.

Specifications for any of these guns are available with a few clicks around your browser, so I haven’t used space for them here. These are my favorite compact guns that can stretch their occupation from concealment to all-day use. What are your favorites?