AIWB, in case you don’t already know, is the acronym for carrying a handgun in the appendix, inside-waistband position. For a right-handed shooter, that means somewhere between 1:00 and 2:30 or, for southpaws, between 9:30 and 11:00 on the human torso clock position, with the navel representing high noon. (So, not really the appendix side for left-handed folk unless you’re weird in there—but I digress). Carrying AIWB is more popular than ever. But AIWB also has lots of detractors—people who call this method stupid, unsafe, and other unsavory labels. Who’s right, the fans or the haters? Turns out, it’s both. 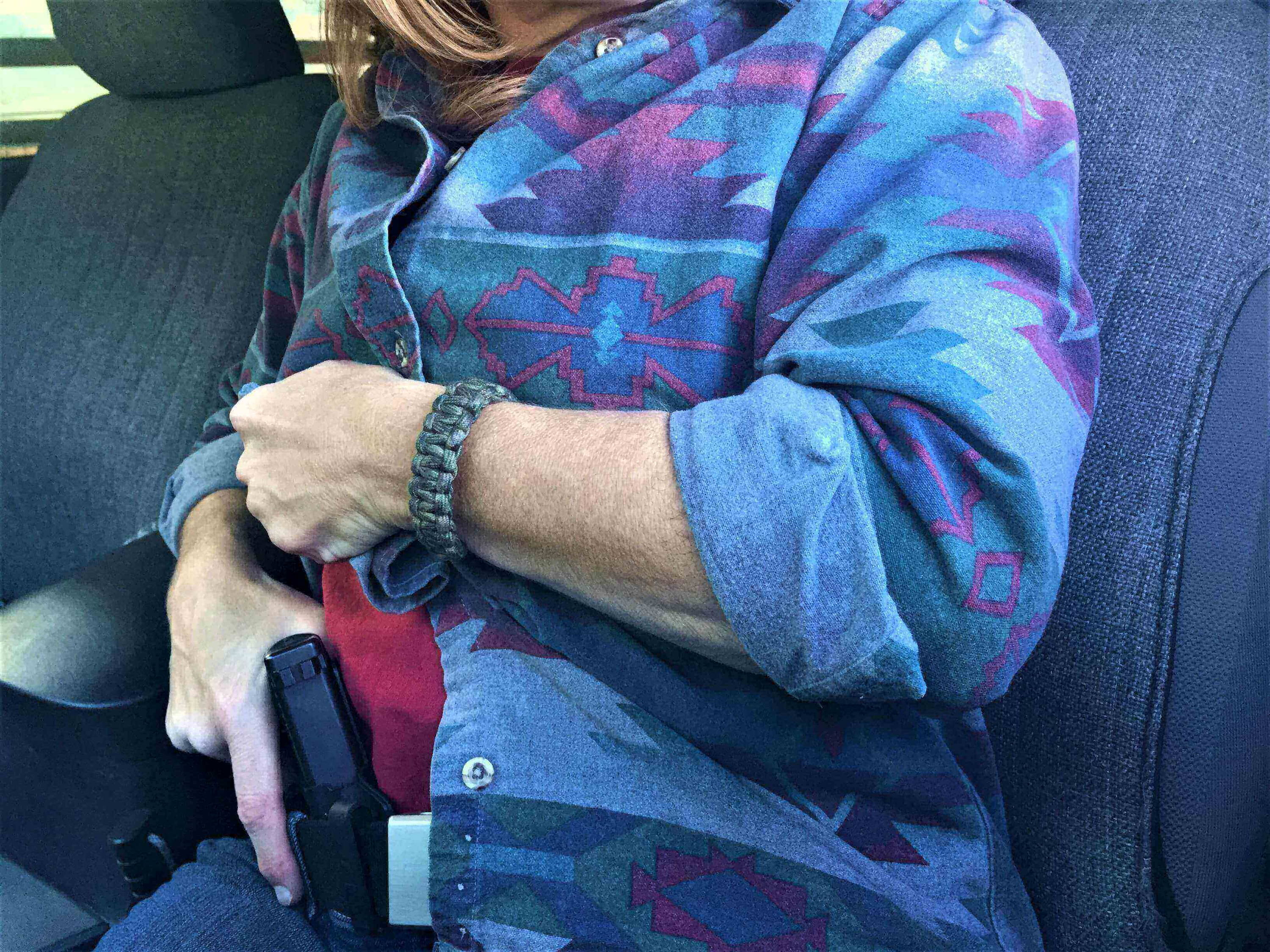 On the upside, AIWB carry offers many advantages. It keeps the firearm entirely under the wearer’s control and virtually eliminates the risk of having the gun stolen while in public. Lots of people find it easier to conceal on the frontal strong side, as it’s convenient to drape a shirt over the gun, and there are many styles of shirts that can cover the gun without visible printing. Assuming the wearer has trained to safely, efficiently clear the concealing garment, AIWB beats most other methods of carrying concealed where speed is concerned. Access is fast yet silent and discreet. On this measure, AIWB shares king-of-the-mountain status with carrying outside the waistband but under a covering garment on the strong side midline.

It’s not unusual to hear criticism of AIWB by people who say it’s unsafe, and that will be addressed later. I would argue that, for those who have mastered finger discipline, * AIWB is safer for a couple reasons. As already mentioned, it keeps the gun under direct physical control of the wearer at all times. Second, AIWB makes it comparatively difficult to mindlessly sweep one’s own brachial artery and surroundings with the muzzle. Other methods of carry, i.e. small of back, purse, shoulder, and ankle, can entail swinging the point of gun around to aim. Without competent training and practice, most people unwittingly commit egregious muzzle violations when first using these methods, even as they criticize the safety of AIWB.

On the downside, AIWB is a method of carry that, in this instructor’s opinion, is limited in two ways. First, it often precludes the carry of a full-size or even compact handgun. Second, as the previous section would indicate, it is not a safe method for people who haven’t developed finger discipline*.

AIWB, like any other carry method, must be comfortable for the wearer’s daily life or it won’t become habit. To manifest the advantages of AIWB, I had to accept a shorter sight radius and, until the advent of the Sig Sauer P365, much lower magazine capacity. For years, I carried a Glock 42 or 43 AIWB and an extra magazine in my front pocket to make up for my gun’s anemic capacity. But the speed at which I could draw and fire, not to mention preserving the precious ability to move normally while wearing and manipulating the gun, made the trade to a subcompact worthwhile.

Finger discipline is a learned skill and anyone who doesn’t have it should never carry AIWB. Reholstering is risky business on the best of days, and with poor finger discipline, the fears that some associate with AIWB can become real.

While the most commonly expressed prejudice against appendix inside the waistband carry involves “shooting yourself in the junk,” the most serious risk is to the femoral artery, not far away in the groin crease. As previously mentioned, most of the junk-obsessed complainers can also be seen mindlessly covering their own support-side hand at least, or brachial artery at worst, when reholstering. Don’t be that guy—or gal. A major gun manufacturer even published a video of a woman drawing from a purse and muzzling her own brachial artery during every draw and re-insertion. Unacceptable! 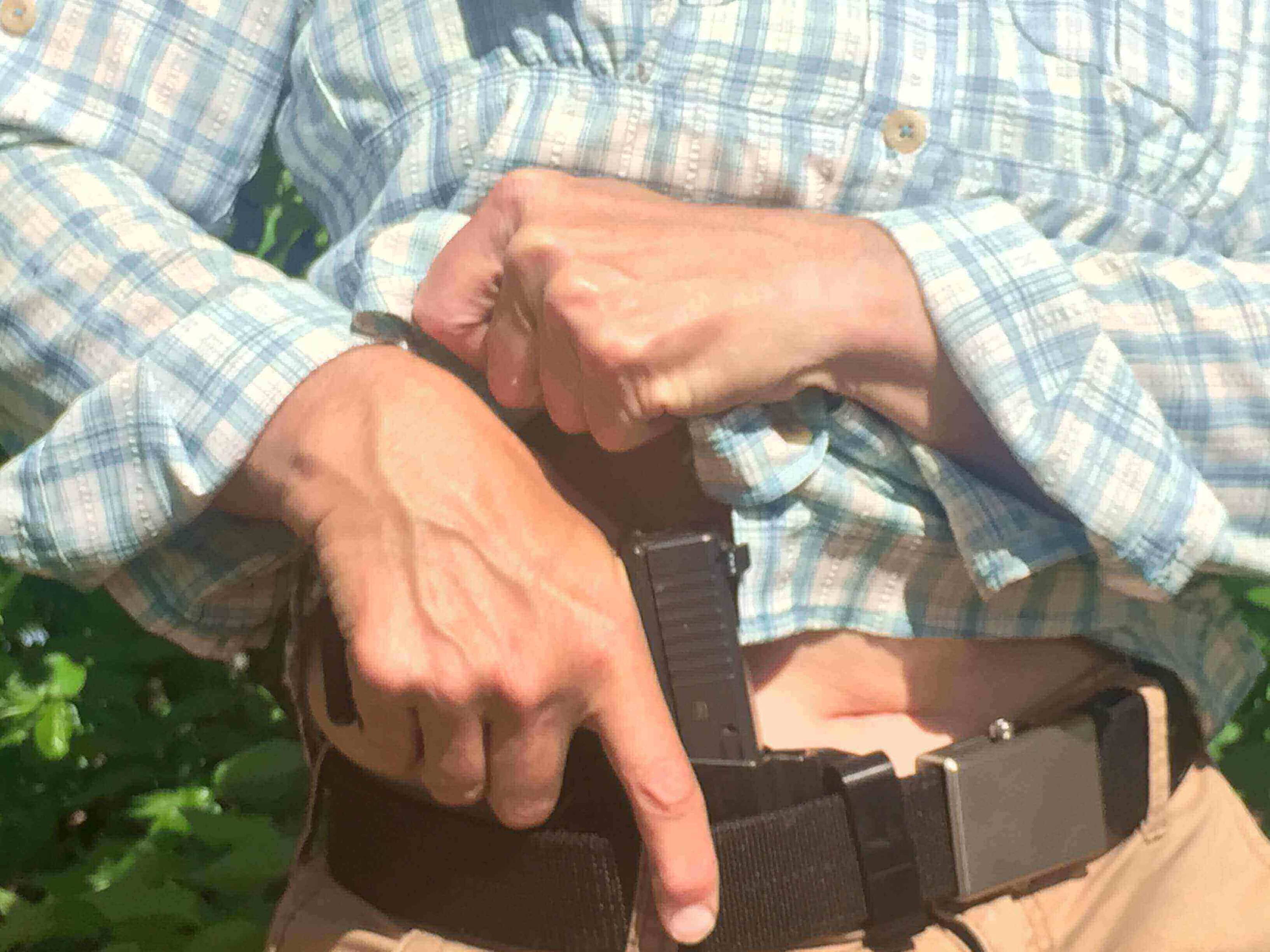 So, you have a great gun and finger discipline. If you’ve decided to try AIWB, remember a good holster that covers the trigger guard and prevents the gun from falling out or rotating around is mandatory for safe carry. Along with that, a good belt will keep the holster tight against the abdomen where the gun is both discreet and easy to draw. Bravo Concealment’s Torsion gun holster and Cinturon belt make an ideal combination for carrying appendix.

It’s best to test any new carry system in the privacy of your home with an unloaded gun. Take some hours to mimic your daily activities—exercising, performing labor and chores, and sitting for extended periods are all good things to try. Practice some draws and re-holstering actions, paying special attention to finger discipline and where the muzzle points throughout the process. Brutal honesty with yourself is the best way to ensure your own safety as well as that of those around you. With this method, you’ll soon find out if AIWB is for you. 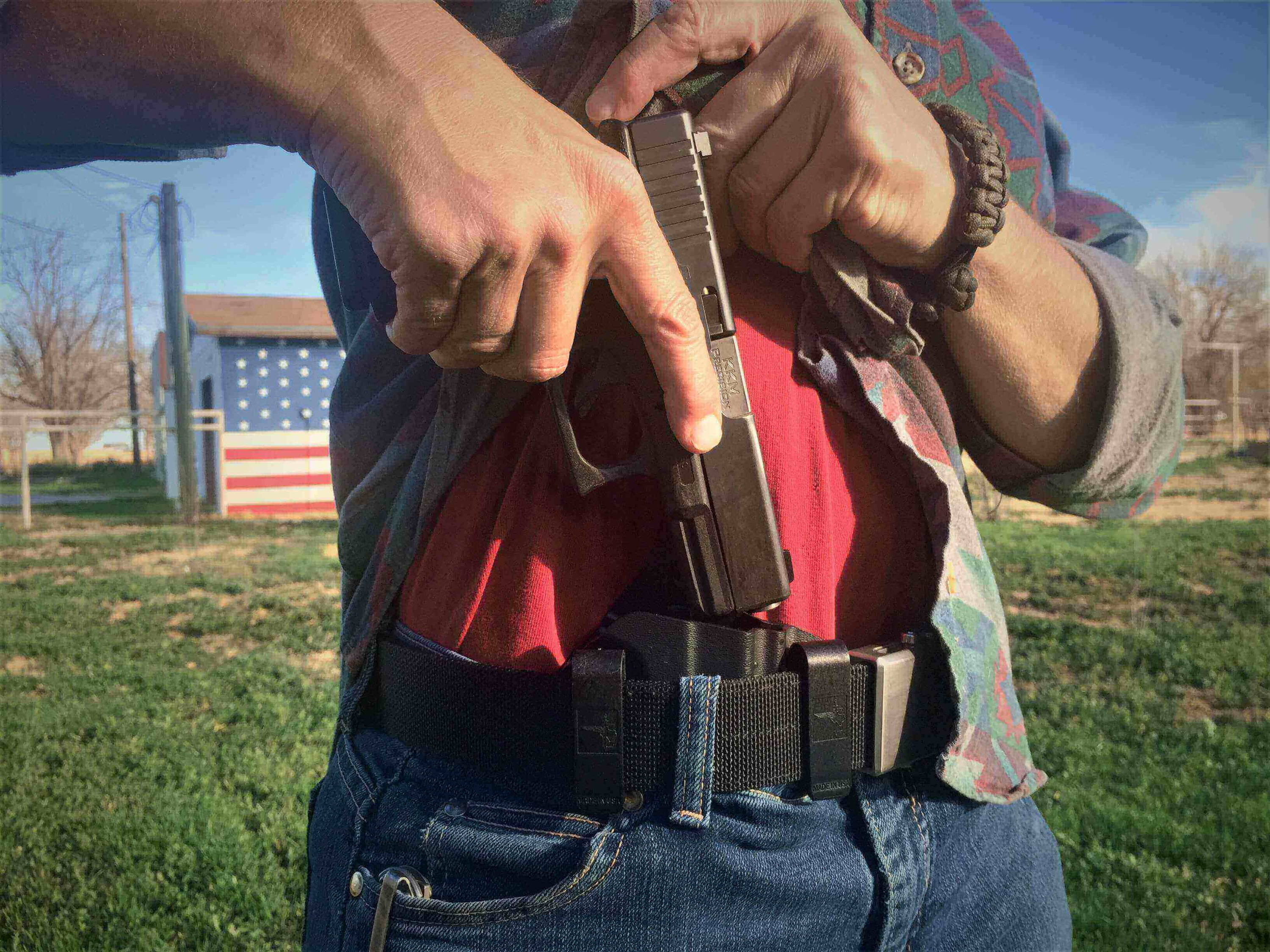