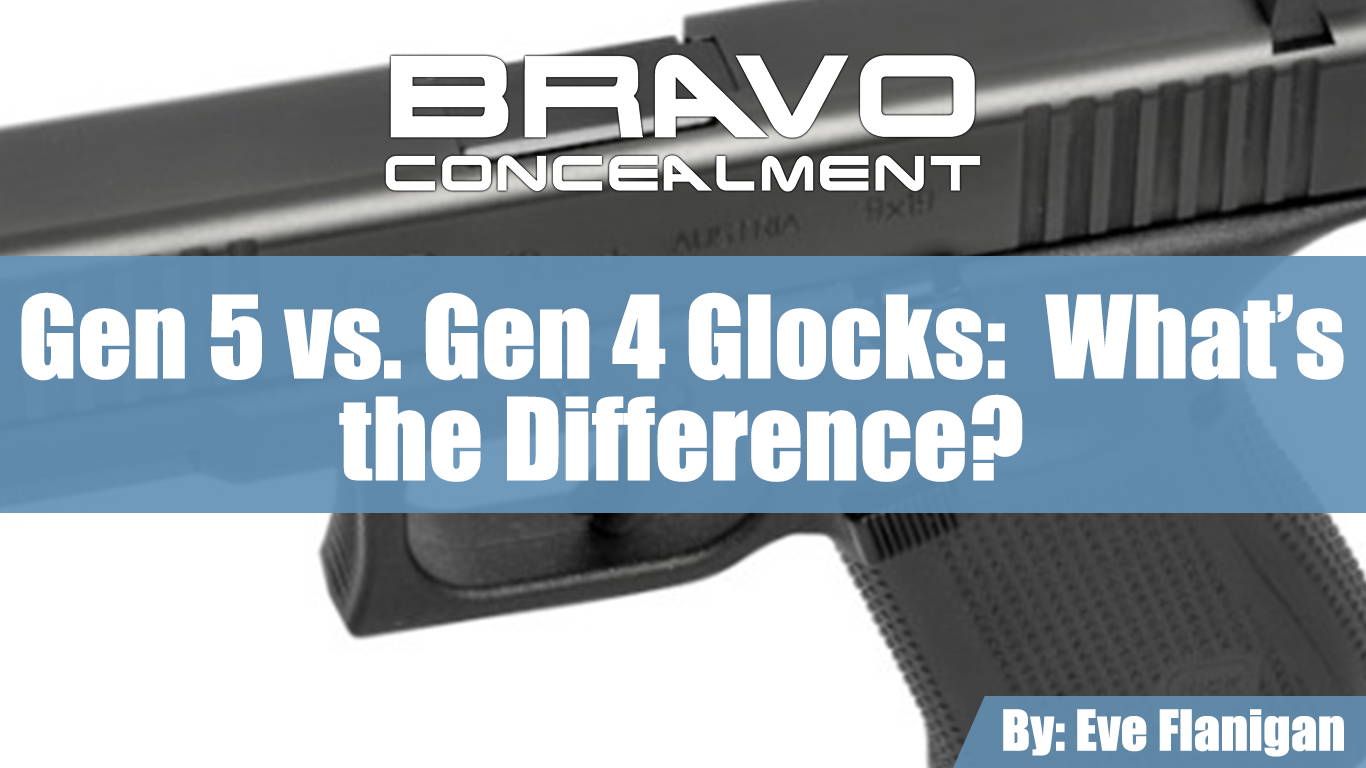 Glock made some of its most dramatic “Gen” or product edition changes when moving from the Gen 4 to Gen 5 models. In a time when so many people are purchasing a handgun for the first time, I’ve encountered many people who might have benefited from the now-customary wait for a new Gen 5. By the same token, I’ve encountered people who purchased a Gen 5 and skimped on a holster or ammunition because of the greater price. Most of them weren’t aware of the differences between the Gen 4 (and in many ways the very similar Gen 3) and quite different Gen 5. While there may be differences in internal components that I’m not aware of, here, as I see them are the differences between the Glock Gen 4 versus Gen 5 pistols that could make a difference in the user’s experience. 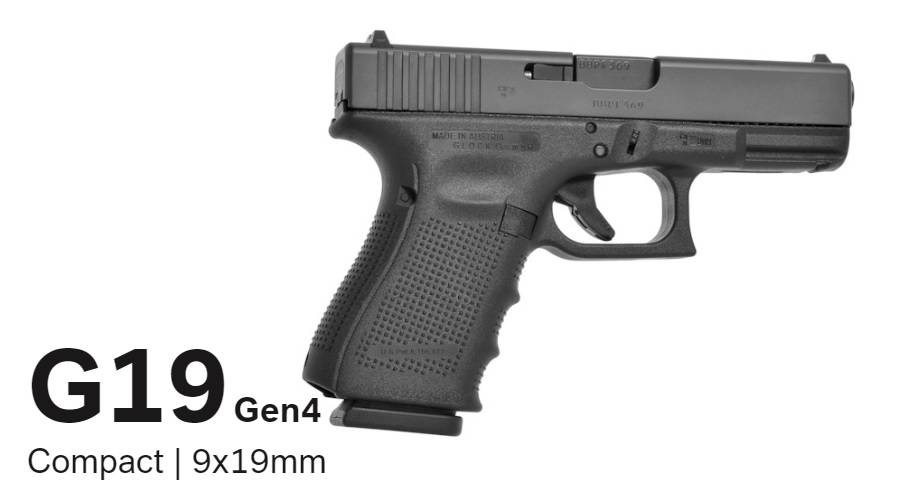 Gen 4 pistols have finger grooves on the grip. This is probably their most maligned feature in the opinion of Glock owners I know. In an apparent nod to customer appeals, the grooved grips are gone, replaced by the lightly textured but straight surface that all Glock users are accustomed to on the backstrap and sides of the grip.

Gen 5 guns may lack finger grooves on the grip, but they gained grooves on the slide. With OEM (factory-installed optic-bearing) slides being introduced in the Gen 5 line, many users prefer to grip the slide forward of the ejection port. Others just like doing so for their own reasons. Having grooves on the front of the slide provides traction for racking.

Speaking of the Slide 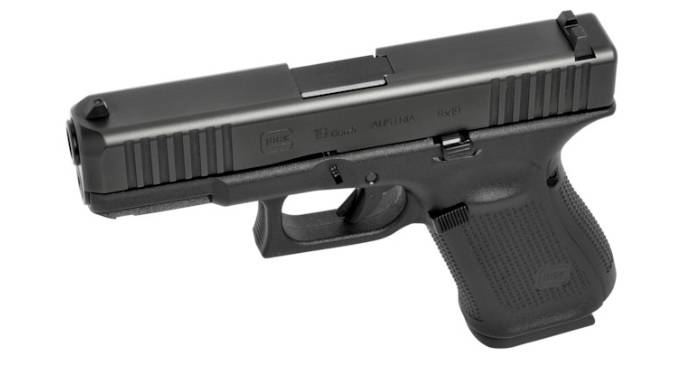 Gen 5 slides are boxy-looking but manage to be the same width (one inch for 9mm Glocks) as Gen 4. The long edges are simply less tapered on the Gen 5 models. Some of this additional bulk was done away with, though, when looking at the front of the slide. The Gen 5 has beveled corners where the Gen 4 does not. The theory that I’ve heard from other slide manufacturers is that the beveling trend is to invite easier holstering. Others say it’s to prevent holster wear. As the saying goes, “there are no trophies for speed re-holstering.” This seems to be an aesthetic or fashion statement as much as anything.

Finish treatment on Gen 5 slides seems to be more durable and is definitely more glossy in comparison to Gen 4. Some people like the patina of holster wear. Some want a pristine look. Some people change the look of their gun altogether with Cerakote anyway. It’s really a personal choice.

According to the Glock website, the trigger distance of travel is the same between the Gen 4 and Gen 5. The pull weight is about 7% less in the Gen 5. Having shot both versions, I’m inclined to say that 7% feels more like 20%. Gen 5 pistols sport a less klunky feel altogether. This is a long-awaited improvement! 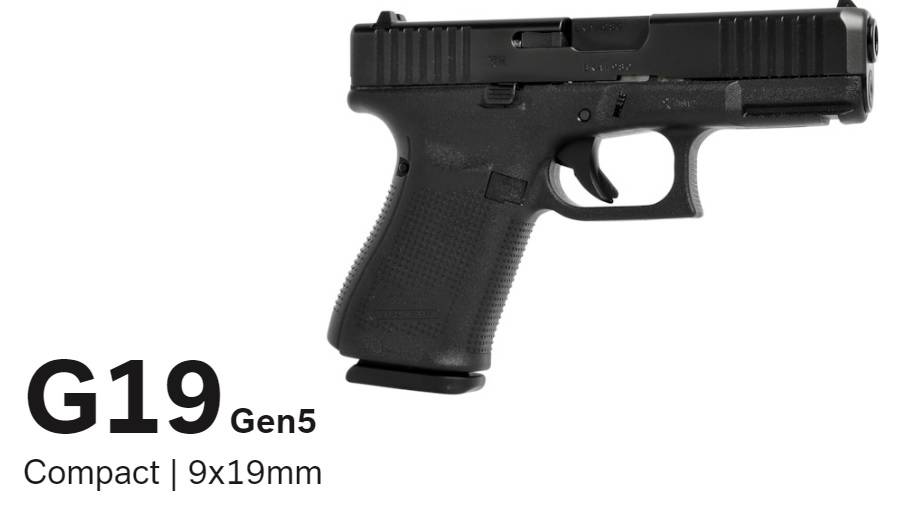 Both the Gen 4 and Gen 5 sport a reversible magazine release. This is a good design that allows the user to customize the gun somewhat. Magazine releases that are all-ambi, all the time are notorious for releasing magazines unintentionally when some object in the environment, often the seatbelt in an automobile, presses on it.

In a big win for left-handed shooters and tacticians, Glock added a slide stop to the right of the slide as well as the left on the Gen 5 guns, making them truly ambi. In a boss move for just about everyone, the Gen 5 slide stop levers are easier to reach and operate than before. Those whose grip may interfere with the slide stop doing its job might not like the changed profile since it will prevent the slide from going to lock-back after the last round is fired. However, I have seen that with some meaty-handed shooters on Gen 4 and older Glocks as well. In general, I think the improved slide stop location and shape is the biggest improvement for the Gen 5. It makes for faster reloads, since more people will be able to close the slide with a flick of the thumb, and easier handling altogether.

The dimensions of the same model in the Gen 4 and 5 are nearly the same. The exception is in the overall width. Using the popular Glock 19 as an example, the Gen 4 overall width is 1.26 inches. The Gen 5 is 1.34 inches. It doesn’t seem like much. In addition, Glock adopted the specifications of 1913 light rail on Gen 5 models, whereas earlier models’ rails are very slightly narrower. These changes are subtle. But, they’re enough to cause some holsters to not fit both models. So if you own a lot of gear for one “Gen” and are considering another, check your holster maker’s website to find out if your holsters will accommodate the new gun.

While it doesn’t change holster fit, the magazine well on Gen 5 Glocks is notably wider, taking apparent inspiration from race gun shooters. Fast, efficient reloads come from practice, not the width of the mag well. But if you want one that’s slightly more tolerant of your own imperfections, Gen 5 is a slight winner here.

Most previous “gens” of Glock pistols, except Models 42 and 43, have magazines that are compatible across same-caliber models, assuming they’re of same or larger capacity. But the Gen 5 mags are a species unto themselves. Reports of compatibility between Gen 4/5 guns and magazines vary—it’s best to keep same-Gen gear together and to test your own mixed-Gen mags/guns before risking personal safety or a competition score to lack of compatibility.

Gen 4 mags’ floorplates are notably thinner, but with a bigger footprint than older models, and the follower is bright orange. I’m sure there are some who see these as advantageous. If nothing else, the brightly-colored follower might make a dumped mag easier to find in the field.

Glock changed the rifling and crown of the barrel slightly, citing better accuracy as the reason. I haven’t personally tested a Gen 4 vs 5 for accuracy. Nor do I know if same-model barrels are cross-Gen compatible. I do know I have seen brand new Gen 5 pistols fire very accurately straight out of the box, whereas it is very common that shooters require a rear sight adjustment on older Glocks, which, probably due to grip construction, tend to shoot straight left of the bullseye for most people. As an instructor who’s seen thousands of people and dozens if not hundreds of new guns, I assert this is a Glock trait and not associated with recoil anticipation or other shooter errors.

This has been my informed and perhaps biased look at the latest “Gen” of Glock pistols. Would I gladly own and use a Gen 5? Yes. However, I’m not going out of the way to sell my perfectly good Gen 4 to have one. After all, I have a stack of compatible magazines and holsters that have taken time to accumulate. In the spirit of “don’t fix what ain’t broke,” I’m sticking with my Gen 4 for now.