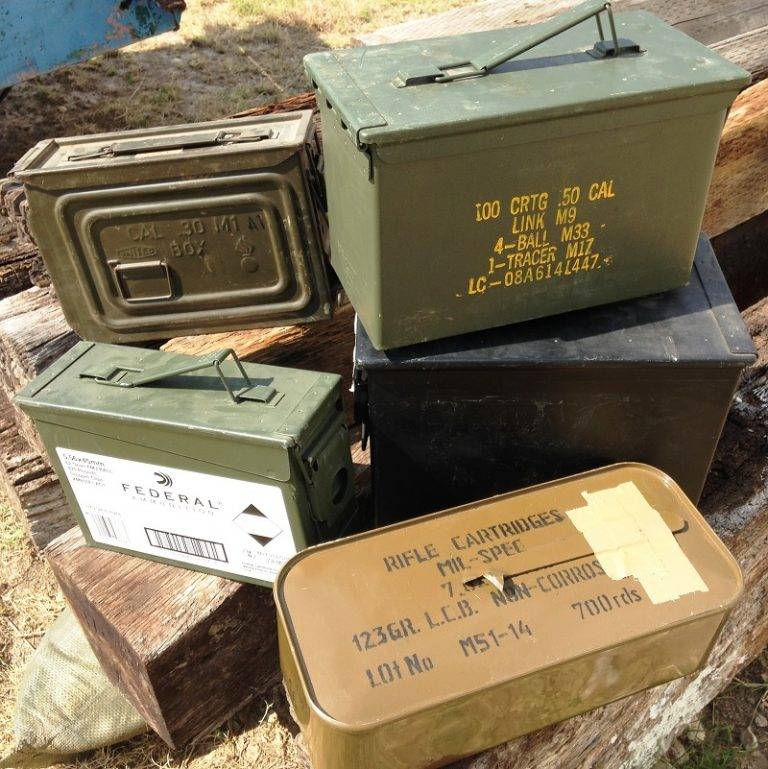 If you’re one of the many people who became first-time gun owners in the last two years, chances are you’re also a new owner of some nice, new ammunition as well. While there is plenty of information in your gun’s owner’s manual about maintaining that new gun, the storing ammo correctly is equally important.

That old bit of advice that dates back to the Founders’ time still applies. “Keep your powder dry.” While today that expression is range parlance for “be safe and take care until we meet again,” it also is literally good advice. The most critical aspect of ammunition storage is keeping it dry. But how, where, and what else is involved in good ammo storage practice is a topic that every gun owner should be aware of. This article dives into those details to give just enough information to keep new gun owners free from but frustration and potential safety hazards that can arise from improper storage of ammo. The following are some basic tips to keep your proverbial powder dry.

Dry is more important than cool, but both are helpful. The gunpowder inside a cartridge can take on atmospheric humidity over time. This can cause caking of the powder, which in turn can result in the rare hangfire or misfire. For best results, do as our military does:  seek out some sealable metal ammunition cans for storage. These are watertight in most cases, as are many plastic ammo cans, though the latter can be subject to deterioration from sun exposure and are less resistant to crushing. Unless you’re in the habit of laying your ammo cans in front of armored tanks, crushing shouldn’t become a concern, though plastic containers can and do become brittle over time. 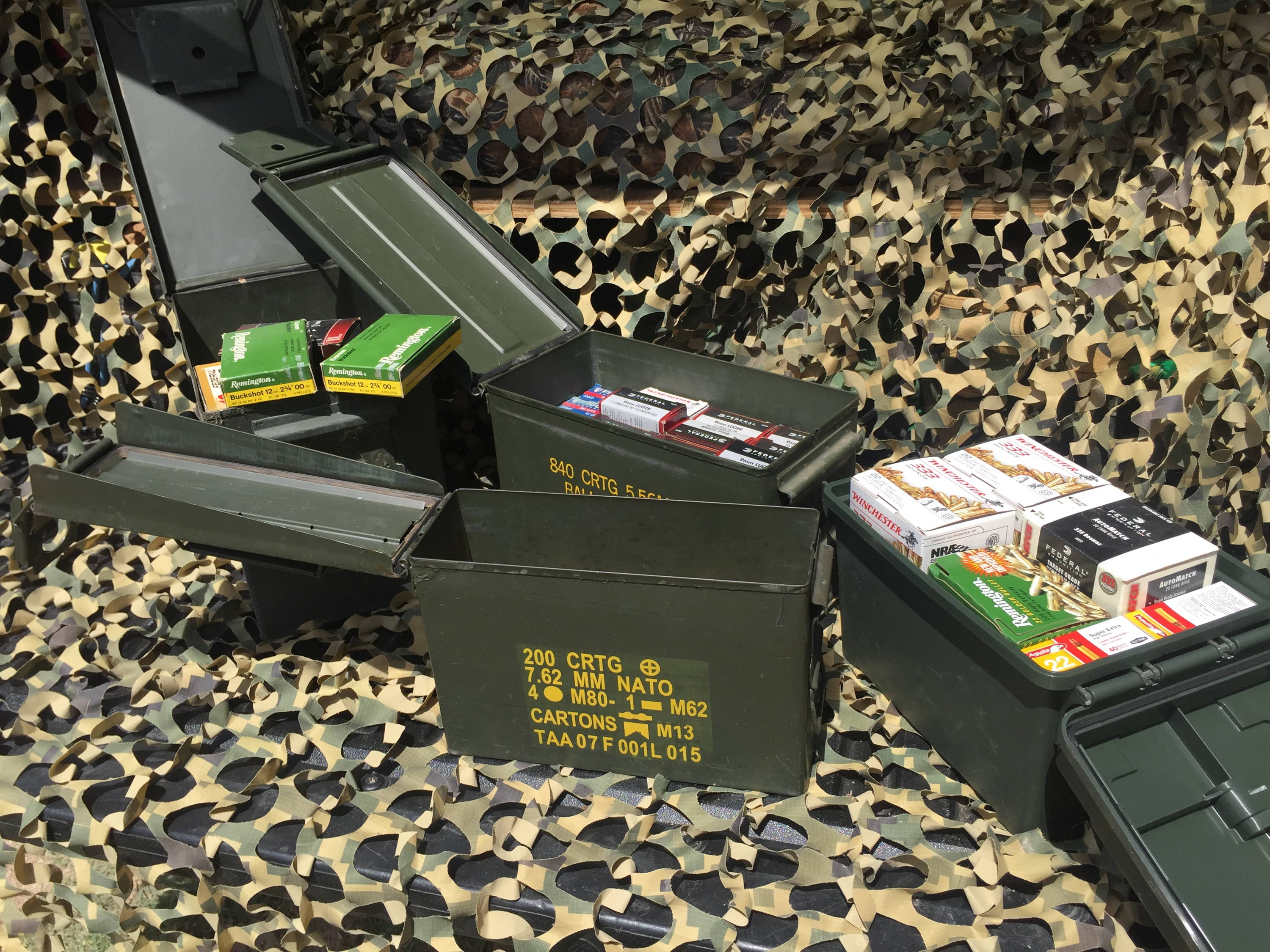 Inside that metal or plastic ammo box, it’s a good idea to toss in dessicant packets along with the ammo. Most people are familiar with dessicant packets from buying shoes or vitamins that contain a little packet stamped something like “Dessicant Gel; Do Not Eat” on the outside. Those packets can be purchased on their own from sporting good suppliers, or simply recycle ones already included with products.

There are ammunition-specific capsules and flat panels for this purpose too. They offer greater humidity-elimination qualities than a single, small packet that comes with, say, a pair of shoes. These products also have a limited shelf life and must be replaced in about two years to maintain maximum effectiveness. While repurposed silica gel packets don’t bear an expiration date, the ammo-specific ones do. It makes sense to replace the more generic packets every year or two as well.

In addition to keeping ammunition dry, storing it in its original factory box is best whenever feasible. Doing so reduces the possibility of misfires at least, and catastrophe at worst, due to errors in mis-identification that become possible when multiple chamberings are stored in the same container. Remanufactured or reloaded ammo should be used for self-protection only when absolutely necessary, and reserved for practice or last-resort defensive use. This is due to the increased possibility of error in home-reloaded ammo, which can a arise from human oversight and/or computer errors. While factory ammunition can of course also be subject to flaws, it’s statistically less likely and also more likely that errors are caught and publicized by reputable manufacturers who want to maintain consumer trust.

Ammunition can be stored in magazines that are, in turn, stored out of reach of hands that the gun’s owner has not granted permission to handle them. While there is sometimes concern expressed for compressing a magazine over a long period of time, like years on end, chances of the magazine spring wearing out due to compression are miniscule. In-magazine storage is a viable option for the defensive pistol or carbine that might be pulled from storage in an emergency. It is a less preferable option for long-term storage to methods previously mentioned.

Environmental humidity is a real concern in some locations. Some safes, and even entire armories, are outfitted with dehumidifiers to help preserve ammunition. A no-cost preventive measure against powder compaction and “caking” due to moisture is to flip each ammo box over to the opposite side once per year, to combat the combined effects of humidity and settling of powder inside cartridge cases. 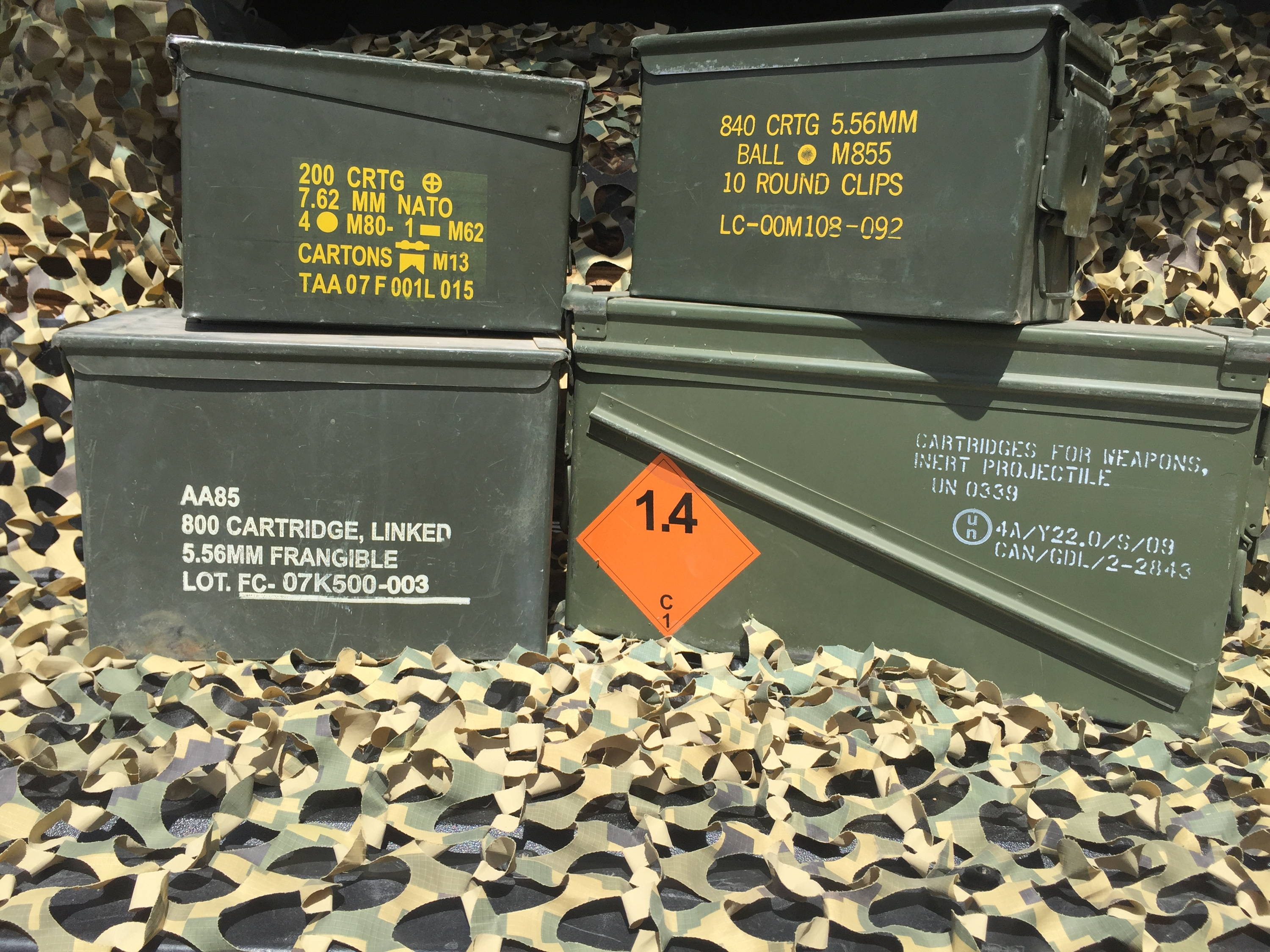 Military surplus ammunition cans, the metal kind, are the gold standard for storing boxes of ammo or loose ammunition of a single kind. They are water- and crush-resistant, and the best option for long-term storage. Less sturdy but also protective are the plastic ammo containers sold by sporting goods stores. These have the same general appearance as military cans but are lighter. Exposure to intense sunlight will deteriorate these cans in a couple years’ time, and their crush resistance is only fair in comparison to military ammo cans.

Finally, prevent exposure of ammo to any liquids and solvents. The simple act of carrying ammo in a pocket on a summer day can expose it to salty sweat, which in the short term is inconsequential if the ammo is used in the near future. The same goes for using penetrating oils such as WD-40 to lubricate gun parts. The oils naturally present on hands can, over time, cause sticky green buildup on brass just the same as humid conditions can. Cartridges that have been handled by bare hands or exposed to inclement weather or water should be chosen for shooting up first. While brief contact with potential contaminants makes no difference, over months or years salt and penetrating oils can corrode and/or permeate cases, resulting in misfires.

A good friend occasionally breaks out some ammunition from aged packs to enjoy his World War II era M1 Garand. It’s been more than 75 years since those cartridges were manufactured. Ammunition is made to last until used, if stored properly! Follow these steps in accordance with your local and individual conditions, and any ammo supply that you don’t shoot up will serve your descendants, and even their descendants, with perfect performance.