When You Assume, You Make a Mess Out of Concealed Carry 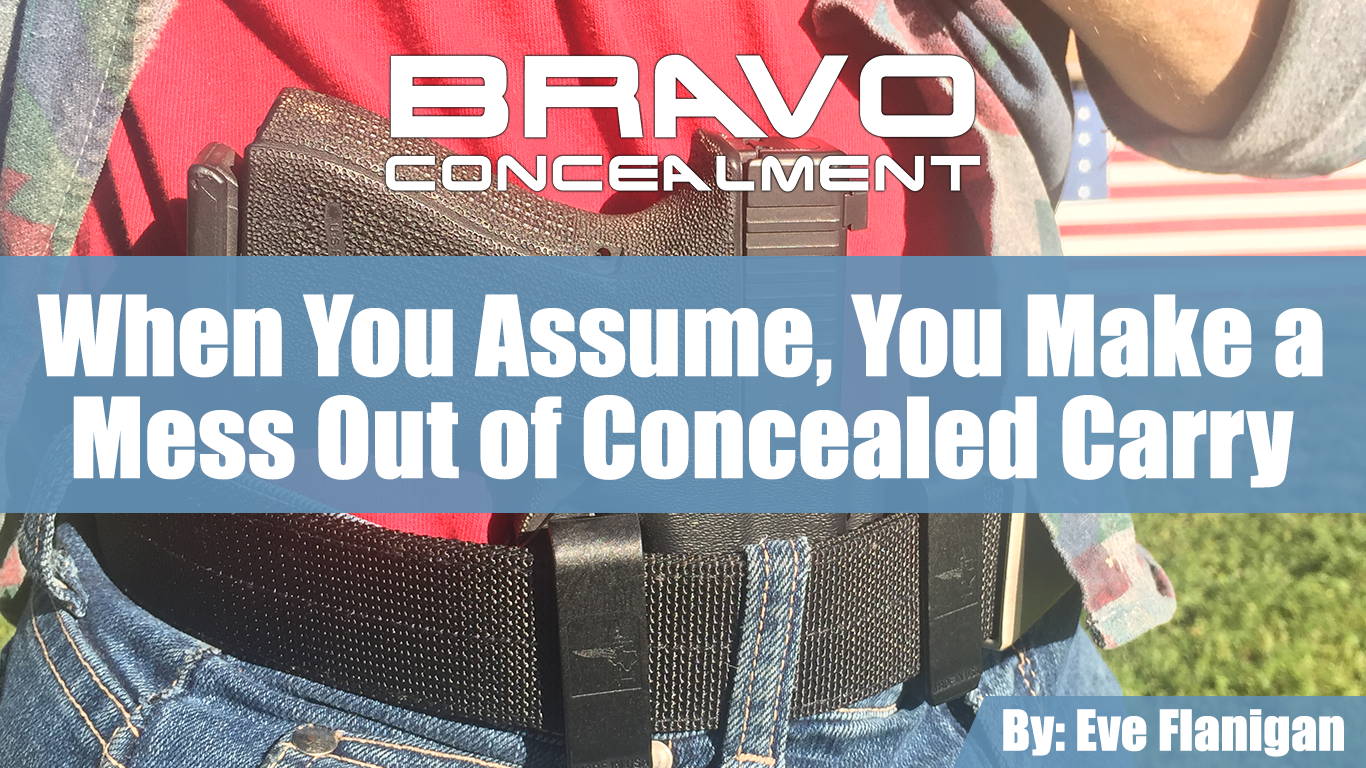 By my observation, people who seek to obtain a concealed carry permit, whether or not the process requires training, are usually motivated by currently publicized events—whether those events be local, regional, or national in scope. A smaller segment of the applicant pool seeks to improve their chances when faced with a predictable threat associated with their job.

Regardless of which pool they fit into, many have come back after their initial training/licensure with interesting stories of both success and failure. Over time, those stories have built a sort of database of beliefs and behaviors related to concealed carry. These are tied to success or failure in terms of readiness to defend. The failure stories generally follow a predictable path that begins with some erroneous assumptions that lead to the person not carrying on a regular basis. The end result is summarize in the following phrase:

The gun that’s not on you can’t protect you.

It seems like common sense. But the main complaint I hear is regret that a gun was not available when a threat showed up. Col. Jeff Cooper was known to say, “if you don’t have a gun within arm’s reach, you’re unarmed,” and he was right. The gun that’s in the console of your pickup while you’re pumping gas won’t do a bit of good when the carjacker shows up.

Not having the gun on one’s person is generally rooted in a set of self-defeating assumptions that go something like this:

I need a big gun.

Guess what? Few are the people who can comfortably conceal a large gun—even a so-called compact, i.e. Glock 19, is difficult to conceal for most people. Excuses for not compromising and buying a smaller gun range from “I don’t like my pinky dangling past the grip,” to “one time when I loaded my subcompact, the mag pinched me,” to any number of ego-based arguments. 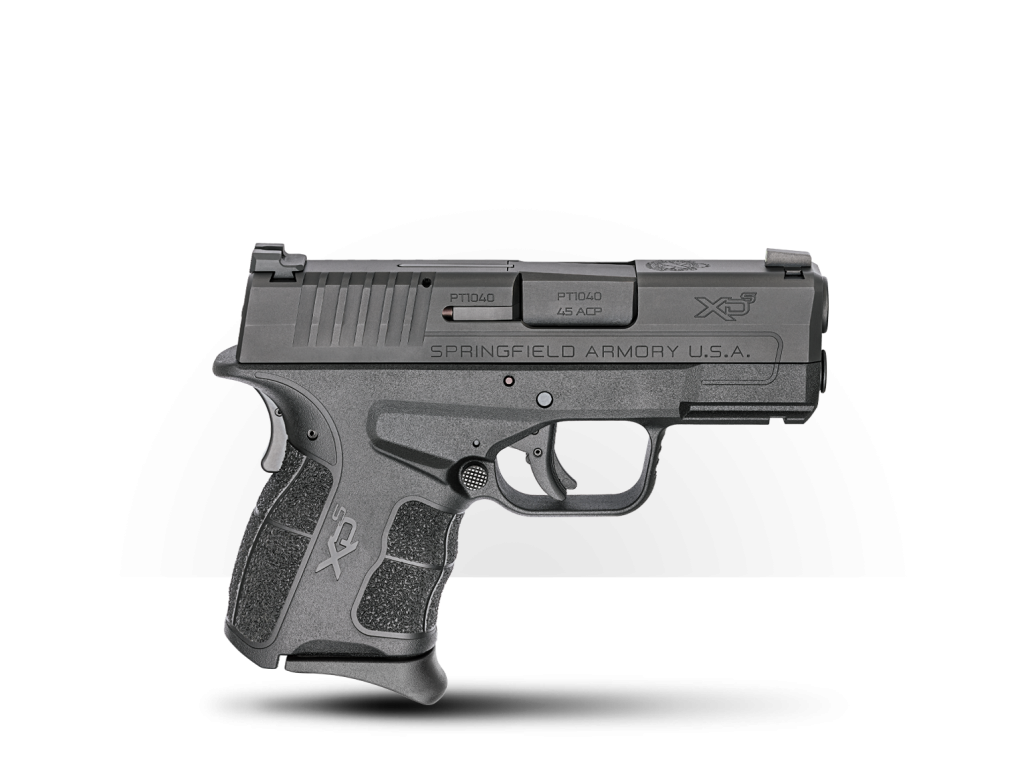 That big gun is really nice. It just probably won’t be there when you need it. A large gun is indeed easier to manipulate and less fatiguing for practice that involves high round counts. Reasonable solutions abound for the short grip issue. Explore options for subcompact guns that you can live with, get training to overcome the limitations of said gun (if you pick well, these will be few if any), and carry it daily.

The holster I have isn’t comfortable.

Anyone who has carried daily for years has a drawer or box full of holsters at home that they tried and didn’t like. Your daily activities, body shape, and gun choice have to meet in a harmonious manner with your choice of holster. This is going to take some experimentation. If you’re going to carry daily, be committed to trying different holsters.

For people on a budget, this is a warning that it’s not a great idea to spring for that $200 holster as your first choice. It may work, but chances are it won’t. At minimum, a holster must shield the trigger guard so that nothing can get inside it while the gun’s inside. It must keep the gun from falling out from concealment and from rotating around. You must always know that your hand will make first contact with the grip and not some random other part of the gun when you draw.

I only need a gun when I travel.

Reserving concealed carry for special occasions is a recipe for failure. Assuming that the world outside your hometown is somehow more risky than home is a faulty assumption. Crime is universal.

By shunning regular carry except for special times, you deprive yourself of developing the habits and competence required to deploy and manage the gun under stress. It doesn’t take much effort if you break a few hours’ worth of practice into 365 daily increments. I perform one draw from concealment daily—when I put my holster on. This confirms that my holster is securely attached to my belt and won’t come out with the gun, it confirms my technique, which I vary between one- and two-handed, and it confirms my comfort with quickly aligning my sights on target. The whole process takes about five seconds. You have five seconds to practice!

I can’t carry because of the way I dress.

If your personal appearance is of greater importance than your physical safety, well, that’s your prerogative. Even people who work in environments where there’s a dress code or the cultural equivalent of a dress code can figure out a method of carry that works for them. Remember, it’s a life-saving device you’re making room for.

A Word on Mindset for Newcomers to Everyday Carry

You bought a gun because you didn’t want to be a victim. No one does! Having a gun in your possession is meaningless without the skill, legal knowledge, and will to utilize it for its rare but intended use.

Likewise, your training is not over, but has just begun, when you secure that concealed carry license. While obtaining a license represents a milestone to some, it’s not a laurel to rest on.

Embrace training of all kinds that expands your thinking and skills where marksmanship, weapon manipulation, stress inoculation, and the legal use of force are concerned. Embrace training that involves alternative types of force besides a gun. And don’t wish, but decide you’ll not be a victim of violent crime. That’s the kind of working assumption that serves its owner, motivating him or her to pursue competence in their concealed carry practice.